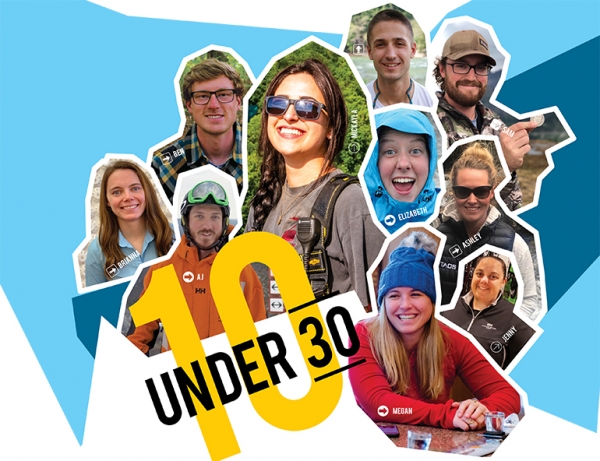 We have highlighted more than 100 up-and-coming employees through our "10 Under 30” feature during the past 12 years. How have past profilees fared since their appearance in these pages? We checked in with four to find out. Their experiences have varied, but we found they have two things in common: team support and mentors have had a big impact on their careers and growth. (See Summit Series, page 52.)

What has been the biggest influence in your growth?
The people who are in my corner. I have an extremely supportive group of family and friends that always have my back and have been through this whole journey with me. I would also attribute Vero Piacentini, former GM at Blue Hills and now the vice president of operations at ORDA (Olympic Regional Development Authority), for being an amazing mentor and teacher during his time at Blue Hills. He helped me see that this could be a career and is someone I still call when things get tough or I need advice.

What has been the biggest influence in your growth?
I’ve been lucky to have a strong group of mentors in the industry who have supported my growth. From the senior leadership at Ober Gatlinburg who let me set a vision and didn’t shoot down every idea I had, to the executive team at Peak Resorts who believed in me and gave me an opportunity to succeed. I am grateful to have worked with some great people. I have always appreciated leaders who stay humble and hungry and I’ve tried to model my own work style in this way.

What has been the biggest influence in your growth?
There were probably three major pieces: being lucky to work for some amazing mentors who gave me a really long leash, using the diversity of our resort network as on-the-job education to learn as much as I could about the good, the bad, and the ugly, and getting out to industry gatherings to learn/network.

What are the biggest lessons you’ve learned along the way?
That there is always a learning curve, and it’s okay not to know everything right away! There is a direct correlation between your level of interest and passion and your ability to learn and grow. So as long as you’re still learning, you’re on the right track!