Do multi-area passes benefit everyone? Epic and Ikon partners weigh in. 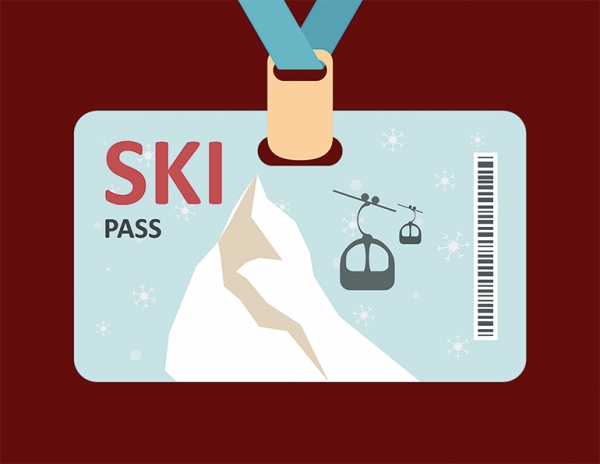 Now that the season pass courtship is over and partners chosen, it’s time to sit back, watch the dance, and analyze the results.

“The whole Ikon product matured pretty late (August) in Utah,” says Brandon Ott, marketing director at Alta, an Ikon partner. “We started selling our Alta passes earlier than ever last spring, and sold a big bulk before Ikon came in with a stronger Utah stable. We won’t know the full impact of the Ikon partnership until another year from now.” Alta was an original Ikon partner area, along with neighboring Snowbird, when the pass went on sale in spring 2018, but Brighton and Solitude were late-August additions.

Sugarloaf, Maine, a previous M.A.X. pass partner and another new Ikon partner, will also be analyzing its new alliance closely.

“The M.A.X. pass was very beneficial to us,” says Ethan Austin, director of marketing. “We expect the same from Ikon. Certainly the volume of Ikon passes is much greater than the M.A.X. pass. I don’t see any way we don’t benefit from being an Ikon pass partner, except that the M.A.X. pass was very heavily loaded with eastern resorts. There’s not as many on Ikon. But the sheer number of resorts you get in the West, Canada, and around the globe on Ikon means if you’re doing any traveling at all, the Ikon is almost a no-brainer.”

But so is Epic, which begs the question: Which no-brainer is better for partners? With the new Ikon pass making its debut alongside the 10-year-old Epic, here’s a look at some of the new partner alliances and expectations.

Last season, passholders racked up 42 percent of all skier visits, up from 40 percent the year before. Could that number reach 50 percent this season? With Epic and Ikon passes priced below $1,000 for access to dozens of areas, the math makes passes almost irresistible to consumers.

Alta, where a day ticket is $116, offers Ikon passholders 5 or 7 shared days with its Cottonwood Canyon neighbor Snowbird. Ikon passholders get 5 or 7 days at each of the other partner areas in Utah, Solitude, Brighton, and Alterra-owned Deer Valley.

“It’s a way for us to strategically set Alta/Snowbird visits at a finite number,” Ott says. “We wanted to be part of the Ikon family, but wanted to limit the number of days so we could continue to have a great product here and not too many people.”

Ott says striking a “healthy balance selling our own passes and having partnership passes” is another goal. After putting its passes on sale in the spring for the first time, Alta had its best pass sale ever despite last winter’s poor snow year. But the full Utah Ikon lineup was not set until August. How that might impact Alta’s own passes going forward will be interesting to watch.

Ditto at Brighton, where the resort’s partnership with Ikon may have deterred some people from buying the area’s own pass. “A few people decided the Ikon was better for their skiing lifestyle,” says Jared Winkler, communications director. “I think we’ll make up for it on visitors who have never tried Brighton before.”

Coming off last winter’s lackluster snow year, Winkler says the resort expected its pass sales to be down. “We feel pretty good about where we are. Last year was a record-breaking year for passes, and the year before that a record snow year. It’s hard to follow that,” he says.

At Snowbird, communications manager Brian Brown says sales of Snowbird’s own pass and its Altabird pass (a joint pass with its neighbor) have been strong. As a member of the Mountain Collective and now Ikon, Brown expects those passes to bring in more out-of-state visitors.

“We hope to see a lot more visitation from California resorts, and regionally from Jackson Hole, Big Sky, even Steamboat. We think the Ikon will drive more numbers to us, and vice versa from resorts within a day’s drive or short flight,” Brown says. “We’re looking forward to sharing our customers and hopefully bring in new visits.”

Bill Jensen, CEO at Telluride Resort, Colo., talked to both Ikon and Epic before opting to join Epic as a partner resort. “I think each resort has to look at the makeup of its guest mix,” Jensen says. “In our case, we have two distinct customers: destination guests who generally fly to Telluride for a 5- to 10-day vacation, and a local, regional customer, who tends to buy our season pass and multi-day pass products.”

Local passholders make up about 40 percent of Telluride’s visits each year, he notes. On the destination side, the Epic pass, good at 61 Vail properties and partners in the U.S., Canada, Europe, Australia, and Japan, was a better fit for Telluride, he says. He is confident the new partnership will bring in 5,000 to 6,000 new guests and generate 25,000 to 30,000 skier visits, and add $5 million-plus in revenue.

The resort has dropped out of being part of the Mountain Collective, which Jensen says was “beneficial as a trial mechanism to bring skiers who have not skied our resort. But the yield off that pass was low.”

In the East, Ikon has a bigger presence than Epic, a fact partners are quick to cite. At Sugarbush, Vt., communications director John Bleh says he received great feedback from consumers at the Boston and Toronto ski shows about the resort’s new Ikon partnership.

“There’s some really good word of mouth out there,” he says. “At Boston, most people who came up to us talking about Ikon had never skied Sugarbush before. Same thing at Toronto—a number of people doing Ikon. We were also pleased with our first year in the Mountain Collective last year. We saw a big chunk of new people on that.” Even so, Sugarbush-only pass sales were also strong this season, he says.

Ditto at Sunday River, Maine, where communications director Karolyn Castaldo says season passes “continue to make up a large part of our revenue.”

“As far as Ikon, it’s really valuable,” she says. “It gives people the opportunity to visit our mountain who may not visit otherwise.”

While Ikon and Epic are slugging it out, other pass alliances are doing very well, too. The Powder Alliance, a western group of independent resorts, added five areas this season, bringing its total to 19. The alliance offers three free midweek non-holidays (half price on weekends) to one another’s passholders.

Dig Chrismer, marketing manager at Schweitzer, Idaho, says the Powder Alliance adds “a lot of value and more meat to our pass. People are really taking advantage of that.”
She says Schweitzer had a record year for pass sales. “A lot of people are looking for that independent option, different atmosphere, sense of ownership, more affordable and a good value.”

At Bridger Bowl, Mont., another Powder Alliance partner, pass sales surpassed 10,000 this season for the first time. “The Powder Alliance is a great benefit for our passholders,” says Erin O’Connor, marketing director. “A lot of people take advantage of it if they are traveling to check out other areas. I know we get a lot of reciprocal visits.”

Last season, with just 14 resorts in the alliance, McColly says there were 15,700 shared visits. It seems that passholders were following the snow. For example, Mountain High, which had its worst ever season last year, saw only 139 shared visits. Schweitzer, on the other hand, had 4,200.

Indeed. Passholders everywhere have a lot to love these days.