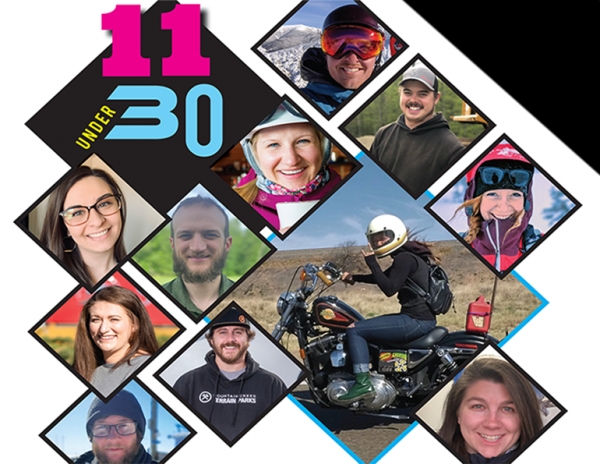 Bill Bunnell planned on being a motorcycle mechanic. He grew up just up the road from Ski Butternut, and though he enjoyed skiing and snowboarding, he was really into motocross. After studying at the Orlando Motorcycle Institute, though, Bill decided he wasn’t so sure about his career plan. He moved back to Massachusetts and started landscaping. That first winter, he was looking for an off-season gig, and Butternut was looking for a small engine mechanic. It was meant to be. At the end of the season, Butternut offered him a year-round position, and Bill enthusiastically accepted. “Butternut is such a fun place to work,” he says.

What was the defining moment in your snowsports career?

Describe a challenge you’ve encountered and how you overcame it.

Two winters ago, we had a water main break. It was in one of our parking lots. It was a really busy Saturday or Sunday, and a race day. We had no water to our upper lodge. It was really cold and definitely a scramble. There are only a couple of us who know the process for getting that pump going again, so I was in the hole fixing the pipe. It was a long morning in a wet hole on one of the busiest days of the year. But we have such a great crew of people. They make it easy to get stuff done.

What leadership traits do you admire?

In September, I took over for [longtime operations manager] Jeff Harvey, who retired. He was easy to work with, and I have held on to the way he worked with people instead of over people. The departments here work so well together. At a small area like this, I think that is what’s really important—everyone being able to help each other where needed.

How did you step up as the coronavirus situation rapidly evolved?

The whole crew was in touch with me—they are not the kind of guys who wanted to stay at home. So the GM and I had a couple of phone conferences and decided people could come back as long as they were doing their own things and not congregating. I came up with a list of projects for everyone to do. We met in the parking lot, and I passed out individual copies of the list. The team stepped up and picked their own tasks. It’s tough when nobody knows the right answer. But everyone really cares about the place.

What field would you be in if you didn’t work in snowsports?

I really enjoyed doing stonework—hardscape landscaping. I like to be hands-on. And I got to run a lot of equipment. It was very satisfying to go somewhere, peel apart a property with an excavator and totally redesign and change the way it looks.