SAM Magazine—White Pass, Wash., May 6, 2021— Kevin McCarthy is stepping down as White Pass GM on July 1 after 36 years at the helm. Former COO Rikki Cooper will succeed McCarthy as GM. 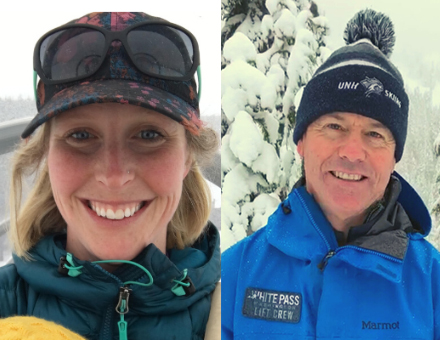 “Trying to fill Kevin McCarthy's shoes is an impossible task,” said Cooper. “He has faithfully led this company since the year I was born, and his determination and heart are essential to what White Pass is today. I could not have been more blessed to have had him as a mentor during my 13 years in the administrative office, and I know the entire White Pass staff feels an immense gratitude for his leadership.”

Cooper, 36, became a member of the White Pass family at age 11, when she joined the White Pass Ski Club as a ski racer. She originally worked at White Pass as a professional patroller and moved into a full-time year-round position as controller in 2009.

McCarthy became GM in 1984 at the age of 26. He arrived at White Pass in 1976, after taking a semester off from the University of New Hampshire to, in his own words, “become a ski bum in the Pacific Northwest.” Over the course of the season, McCarthy convinced then-GM Nelson Bennett to groom him for the top job.

“I owe all my success at White Pass to two individuals—Nelson Bennett and Dave Mahre. Nelson gave me the chance, and Dave supported me from day one. No, we didn't always agree, but that is probably why we were successful,” McCarthy said.

McCarthy will remain involved with White Pass as president of the board and an adviser to Cooper.