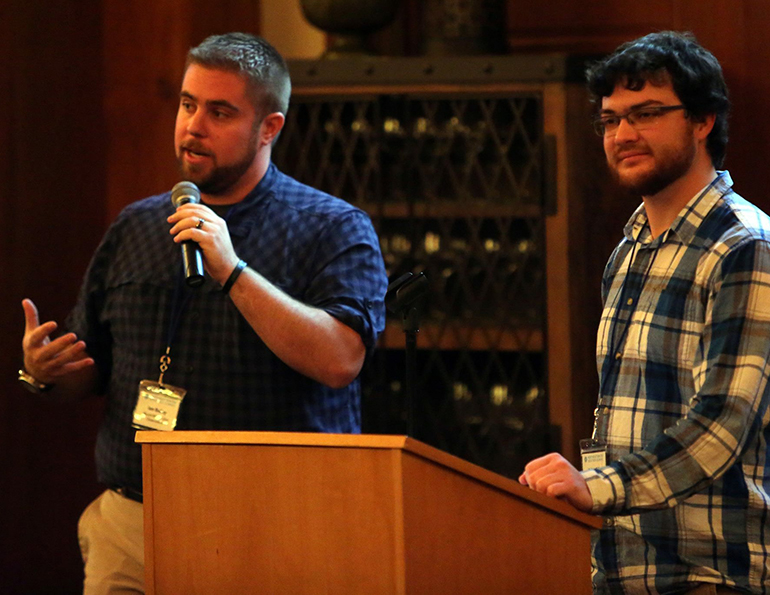 Adam and Ian from the Mount Washington ObservatoryHartford, and Albany, as did national networks such as WeatherNation.

Not since Wachusett Mountain (Mass.) marketing director Tom Meyers held such a gathering when he was at Ski Vermont nearly 30 years ago has the Northeast winter sports community executed an event aimed at engaging influential weather broadcasters. In general, the feeling about this first go was positive. Organizers hope it will grow into an annual event.

The opening presentation by Stan Kosmider, senior field representative for The North Face, focused on how to dress for winter. That morphed into a Q&A in which attendees asked about everything from proper fit and the science behind Gore Tex to the best ways to wash and care for winter garments.

Ski Vermont’s Adam White, who served as emcee, shared a story that summarized the event's reason for being: after reading a blog from a prominent meteorologist that said Thanksgiving day would be too cold to ski, he and his 5-year-old son geared up and went for a few laps that morning. He showed a photo of his son with a huge smile in his face. His point was: as long as you dress properly and are prepared, you can ski in just about any weather.

The first evening included welcome remarks from Stratton Mountain president Bill Nupp, and a presentation by Ian Bailey and Adam Gill from the Mount Washington Observatory. Bailey and Gill detailed life at the home of the “World’s Worst Weather,” including an entertaining story about how the crew left a banana outside for an hour on Thanksgiving when the wind chill was -70ºF, and it froze so solid they were able to use it to hammer nails into a two by four. 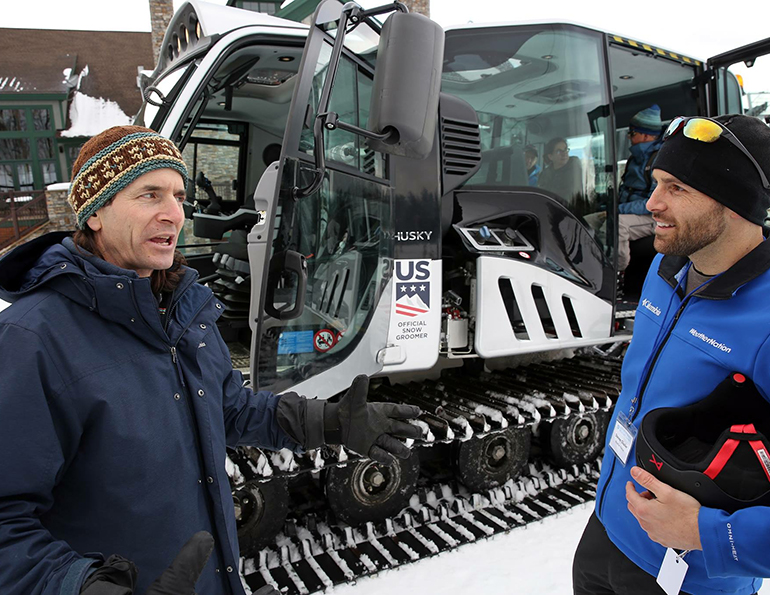 Vermont Lt. Governor David Zuckerman kicked off the afternoon presentations with a message about the health and wellness benefits of being in the outdoors, and the importance of weather people helping to prepare their viewers for what the outside conditions will be.

Three of the meteorologists on-hand—Neal Estano from Albany, Brad Field from Connecticut, and local “West River Weather Guy” Chris Blackey—provided presentations offering practical, honest tips for how ski areas can best communicate with broadcast meteorologists to not only get content on the air during weather reports, but also how ski areas can help inform weather reports. It was a very useful talk, and the resort communicators in attendance certainly benefitted.

The final part of the program was a presentation about resort sustainability efforts. Tyler Fairbank from The Fairbank Group, Rob Megnin from Killington, Jon Lundin from ORDA (New York’s Whiteface, Gore, and Belleayre), Margo Wade from Sugarbush, and John McMurray of Efficiency Vermont shared success stories from their respective organizations.

NASJA member and event organizer Roger Lohr said NASJA’s involvement was key to the organization’s revitalization, and an example of new efforts to serve the mountain resort industry, not only through media coverage, but also by being more involved in industry issues.