SAM Magazine—Warren, Vt., Sept. 18, 2019—Since 2012, Rumble’s Kitchen restaurant at Sugarbush has been a member of 1% for the Planet—a global organization that helps facilitate and accelerate giving to support environmental nonprofits. The Kitchen has pledged more than $60,000 to various local and regional organizations through this membership. Now, the resort has added all of its dining venues to its membership, so that the resort's contributions will grow exponentially moving forward. 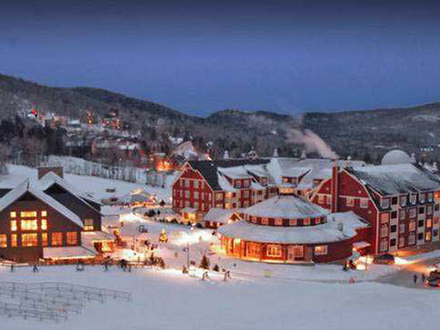 This latest commitment adds to the resort’s ongoing environmental initiatives. These include its overall reduction in energy use and partnering with Green Lantern Solar to invest in the development of 2.5 megawatts of solar energy for the electric grid—actions that earned the 2019 National Ski Areas Association Climate Change Impact Award. Sugarbush also received a $5,000 Sustainable Slopes Grant from NSAA toward the installation of Level 2 electric vehicle chargers.

“We’re proud of all the ways we’ve continued to build upon our environmental initiatives in the past several years,” said Sugarbush president Win Smith. “But we recognize there’s still a long road ahead for us all to successfully combat climate change. Our expanded membership with 1% for the Planet is particularly exciting, and we look forward to building upon what has already been an incredibly beneficial partnership.”