SAM Magazine—Kellogg, Idaho, Jan. 16, 2020—The in-bounds avalanche that killed three skiers at Silver Mountain, Idaho, Jan. 7 was triggered by skiers and riders, despite ski patrol’s mitigation efforts prior to opening that area of the mountain, according to a preliminary report by Idaho Panhandle Avalanche Center (IPAC) director Jeff Thompson. A broader investigation is being conducted by Silver Mountain in conjunction with IPAC. 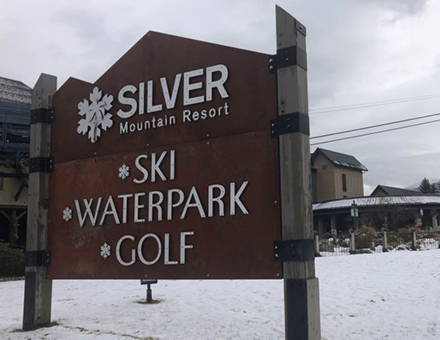 “[Patrol] had done their control work just like they always do,” said Thompson. “In fact, I think they did more than they normally do to open that slope.”
According to a report in The Spokesman-Review in Spokane, Wash., a survivor of the avalanche said ski patrol allowed about a dozen skiers and snowboarders to pack a trail through fresh powder traversing beneath Wardner Peak. Thompson said their movement along the flank of the 6,200-foot peak triggered the Size 3 avalanche (up to 1,000 tons of snow).

The 300-foot-wide avalanche released about 90 feet from the top of Wardner Peak and traveled more than 900 feet down a trail called 16 to 1. The resort had recently received about 16 inches of fresh snow, but the avalanche started deep within the snowpack on a buried layer of“surface hoar,” a weak layer of frost.

“So, it wasn’t storm snow that was a problem,” Thompson said. “It was the weight of the storm snow that put on that added stress.” Thompson added that ski patrol wasn’t to blame. “Sometimes explosives and mitigation practices aren’t enough. Mother Nature has a mind of her own.”

Silver Mountain ski area closed on Wednesday, January 15, to allow employees a chance to recuperate, as they worked through the challenges of avalanche recovery.