SAM Magazine—Denver, Feb. 4, 2020—The Outdoor Foundation, the philanthropic arm of Outdoor Industry Association (OIA), released its annual study of participation in outdoor recreation activities, and the results are sobering. According to the 2019 Outdoor Participation Report, Americans are staying inside more and more while engaging less frequently in outdoor activities. This trend is only accentuated in younger demographics. 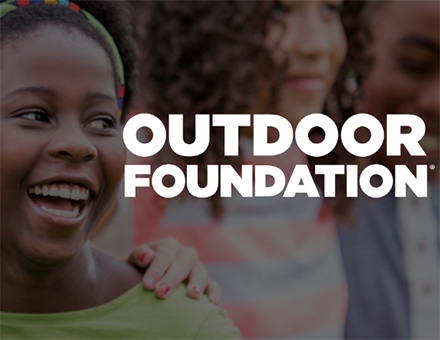 OIA’s data showed that nearly half of the U.S. population did not participate in outdoor recreation once in 2018. This means that only one out of two Americans received the physical and mental health benefits provided by outdoor activities. Across the board, Americans went on one billion fewer outings in 2018 than they did in 2008.

The trend of kids spending less time outdoors continued in 2018. The number of adolescents aged 6 to 12 who played outside decreased for the fourth year in a row. The number of outings for kids declined 15 percent since 2012.

In addition, the report shows that less than 18 percent of Americans recreated outside at least once a week, while only 33 percent were considered moderate participants—those who embarked on outings once a month—down from 35 percent in 2008. Non-Caucasians reported far fewer outings in 2018 than just five years previous. Outdoor recreation continued to be skewed in general to the Caucasian demographic.

“We know from study after study that recreating outside, even at minimal levels, greatly benefits an individual’s physical and mental health and also increases academic outcomes and community connections,” said Lise Aangeenbrug, executive director of the Outdoor Foundation. “But unfortunately, the barriers to getting outside are greater for Americans living in cities or in areas with fewer transportation options. This is why [we are] working to reach new populations of Americans who don’t get outdoors often or at all or don’t see themselves in the outdoors and encouraging them to get—and thrive—outside.

“It’s not just the outdoor industry that should care about this,” Aangeenburg continued. “We should really be concerned as a nation that we are becoming an indoor nation.”

While the report presented a predominantly gloomy picture, there were notes of optimism. The data showed a 3.2 percent average increase in female outdoor recreation participation between 2017 and 2018, while outdoor recreation rates increased among the Hispanic population.

OIA has worked hard in recent years to reverse the decline in outdoor recreation, employing a two-pronged approach focusing on community-based initiatives as well as local, state, and federal policy work. OIA has also placed more emphasis on enacting change in underserved communities where outdoor recreation rates are at their lowest.