As Vaccinations Rise, So Do Resort Travel Plans 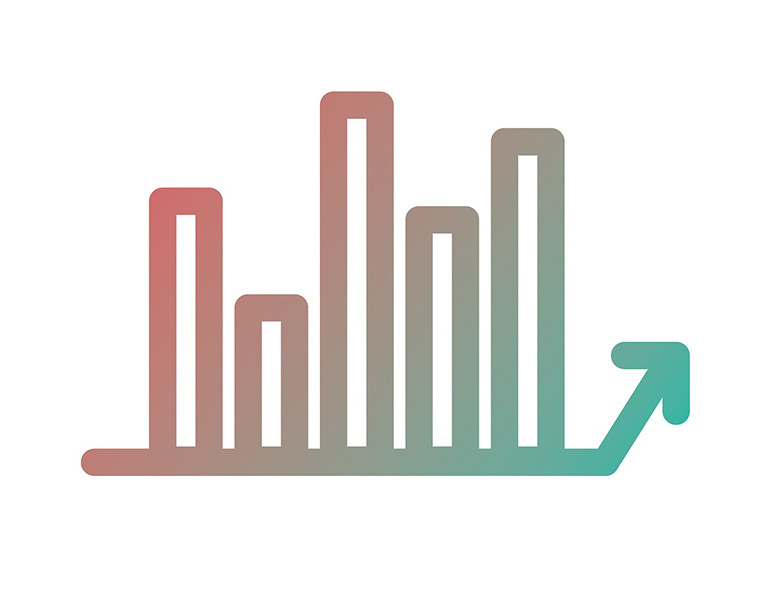 —With vaccinations accelerating in many locations across the U.S., resort travel planning has begun returning to normal, according to the latest analysis from DestiMetrics, the business intelligence division of Inntopia. The pace and timing of rebookings, and longer lead times for bookings, indicate growing confidence among resort travelers.

Booking lead times have increased sharply over the past six weeks, and particularly over the past two weeks. (Fig. 1) Reservations are being made, on average, just over 60 days in advance of scheduled arrival. This is a dramatic change from the consistent 30- to 40-day range experienced through much of the winter season, and close to seasonal average lead times from prior years. 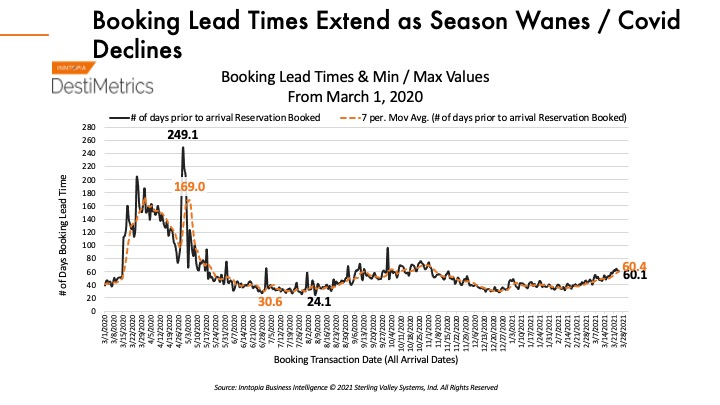 There are two factors contributing to the extension of booking lead times, according to Tom Foley, Inntopia SVP of business process and analytics: 1) With the season waning, consumers are looking toward summer bookings. 2) The data have shown a reliable correlation between short-lead bookings and incidence of disease. As Covid-19 infection rates have declined, booking lead times have increased. 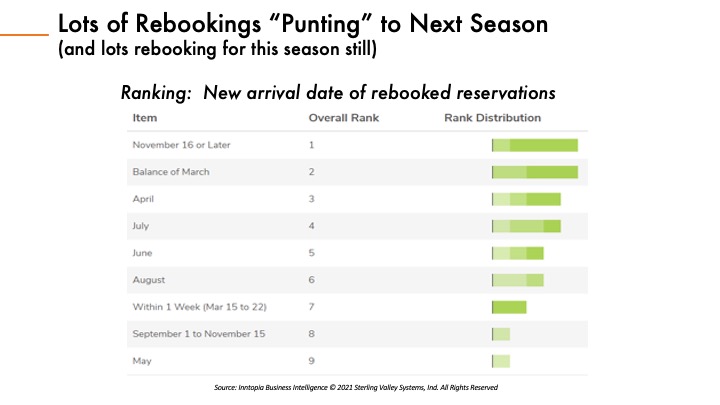 It is worth noting that these data also include some degree of winter bookings being moved from 2020-21 to 2021-22. As of March 25, “November 2021 or Later” was the most common “new arrival date” of transactions being rebooked at participating DestiMetrics properties surveyed. (Fig. 2) Most of these changes were to folios originally due to arrive between March 15 and 31. For the record, “balance of March” was a close second, with "April" the third most-popular choice.

One indication that the effects of the pandemic on travel still linger, however: while both cancellations and rebookings have declined over the past 10 weeks, both types of transactions remain considerably higher than in a “normal” year. 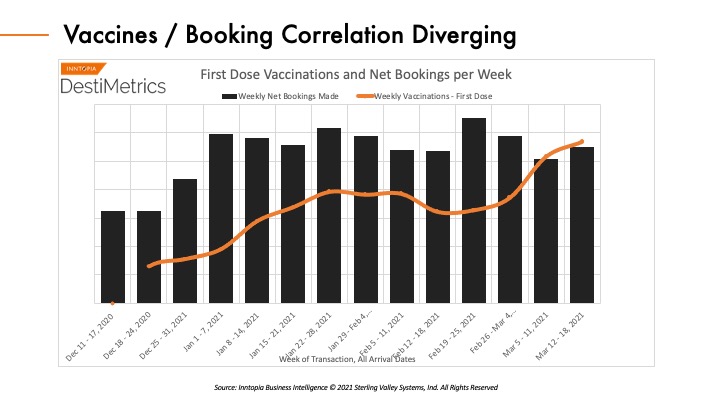 The bump in new bookings in mountain destinations, which occurred in January and February as optimism about travel jumped in response to the arrival of vaccines, appears to have run its course. (Fig. 3) Even as the pace of vaccinations rose in March, net new bookings began to decline. There are a couple of key reasons for this: 1) The novelty and exclusivity of vaccines is fading as they become more widely available; 2) inventory in (primarily mountain) destination travel resorts is relatively static, and marketing efforts are diminishing as high season wraps up in the coming weeks.