Learn About the Teams 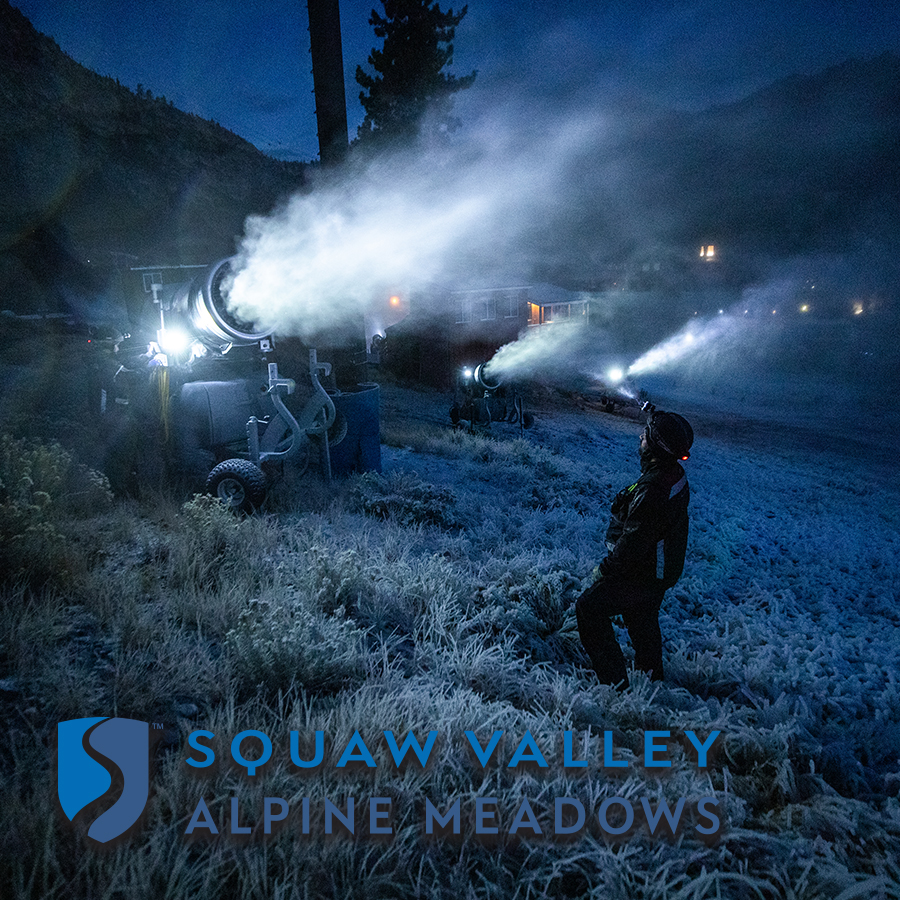 Hermanism: “At the end of the day, these mountains will still be here. They don’t give a shit about your problems.”

Squaw Valley has 14 people on its snowmaking crew, with close to 100 years of collective experience. Mark Meyer, Squaw Valley’s snowmaking manager, says that this tight knit crew doesn’t see a lot of turnover; many seasons they don’t need to hire anyone new because everyone returns year over year. Snowmakers form a unique bond, says Meyer. They’re like-minded guys who not only have to have each other’s backs in a dangerous work environment, but they also just spend a lot of time together outside. Working overnight, under the stars is a one-of-a-kind experience, and Meyer says it brings out conversations and connections that wouldn’t happen in an office, leading to that camaraderie the Squaw team feels.

Meyer says although they are called snowmakers, his team is known for its ability to be able to do anything on the mountain. They make snow for about three months out of the year, so the rest of the year they could be doing grooming, electric work, construction and more. The snowmaking team stayed on even after the resort closed last March due to COVID-19 because they have so much knowledge about the mountain. Meyer says that variety is the coolest part of the job; it’s never boring because every day brings a new task. Even the frequent advancements in snowmaking technology is something that keeps them on their toes; they are constantly working to stay up-to-date on new equipment and techniques.

Meyer says one of the most fulfilling parts of the job is that they get to make something that people enjoy, and he gets to experience that gratitude from his neighbors—and sometimes even from strangers in line at the grocery store. In a December like this one, people wouldn’t be doing much skiing if snowmaking wasn’t an option.

“We get the sunrises, we get the sunsets, we get to ski every day,” Meyers says. “And people notice what we do. The other day at the store, a guy came up and thanked me because I had ‘snowmaker’ written on the back of my jacket. The fact that we actually make something that people enjoy, that’s a good part of the job.”