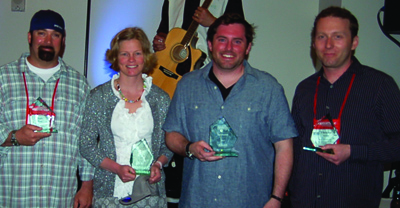 Joe began his career at age 14 as a parking attendant at Vernon Valley Great Gorge, currently known as Mountain Creek. Since then, Joe has steadily worked his way up the ranks, having held a position in just about every resort department—from rental technician to rental manager, F&B manager to lodging director, and from director of mountain operations to his current role as VP, general manager.

Joe has consistently demonstrated amazing versatility in approaching new roles. He challenges obstacles objectively, diving deep with analysis and a balance of process application and people skills, resulting in success. Without exception, each area he has touched has improved in guest satisfaction, employee satisfaction, and contribution to the bottom line.

Joe is a passionate skier, snowboarder, terrain park enthusiast, certified ski patroller, and event producer with an appreciation for the value of experiential marketing.

“From his teen years as a rental tech to his current role as the general manager of Mountain Creek, Joe has consistently proven to be one of the most passionate, innovative, and inspiring people I have ever met in the business,” says one of his nominators.

A native of Lee, Massachusetts, Kim's Austrian dad taught her to ski alongside her twin sister in the family's backyard. Competing at an early age and earning a spot on the U.S. Ski Team, Kim traveled to ski areas all over the world, which eventually set the stage for a career in the ski industry.

While earning a degree in Hospitality Management from Appalachian State University in North Carolina, Kim headed up the special events department at Sugar Mountain Resort, N.C. From there, her involvement in the company continued to expand. She leads the company in its marketing efforts, ranging from advertising, promotions, communications, event management, and branding to special program development.

Beyond Sugar Mountain Resort, Kim leads the North Carolina Ski Areas Association as president. She chairs the Sugar Mountain Tourism Development Authority and serves on the executive board of the YMCA of Avery County. Kim lives on Sugar Mountain with her husband and ten-year-old daughter.

Of Kim, one nominator wrote: “Kim's enthusiasm for the snowsports industry, her marketing and PR excellence on behalf of NCSAA and her demonstrated professional approach to the presidency of our organization make her an outstanding candidate for a 2011 SAMMY award.”

Growing up in Vermont, Christian was indoctrinated into the ski industry at an early age by his father, Hugh Knapp. Formative years were spent on the slopes, and he later became an avid snowboarder while attending the University of Vermont. Upon graduation, he followed his passion for snowboarding to Bend, Oregon.

After two years coordinating events at Mt. Bachelor, Christian began his career with Vail Resorts in 1998 at Breckenridge and was instrumental in executing the Vans Triple Crown of Snowboarding, Superpark, Cutter's Cup and setting up Breck's first Freeride Team. He later moved to Vail Mountain where he managed marketing efforts for the snowsports school and developed the first large-scale Spring Back to Vail end-of-season celebration.

Next followed a brand management position at Beaver Creek. In 2007 he was promoted to head up marketing efforts for Keystone Resort and charged with repositioning the brand as a premier family destination.

According to one his nominators, “Christian is an innovative, creative and motivated leader who has a keen understanding of the industry and cutting edge marketing practices. He will continue to be a valuable asset to Vail Resorts and the industry overall.”

Jody was born and raised in southern Indiana, near the small town of Paoli, which is the home of a little jewel of a ski resort known as Paoli Peaks. This little hometown hill is all it took to spark his love of skiing. Jody began his career as an apprentice in the children's ski school at the age of 14. Upon graduation from Indiana University, Jody moved into the role of ski school director, marketing/sales associate. By 1998 he had worked his way up to director of mountain operations. In 2002, Jody was named GM, and in 2007 he re-located to Ohio to manage Boston Mills/Brandywine.

In his own words, Jody says, “I have always felt very fortunate and blessed to have learned from a true pioneer in the ski industry, Felix Kagi, and his wife Margrit. I would have never had the opportunities without him—he taught me much in my younger days and continues to be a mentor to me. In addition, I continue to learn from Tim Boyd, Jesse Boyd and many more. This award is not so much about me, but about all those who have helped and taught me along the way.”

In the words of one of his nominators, “Jody is passionate about the sport and truly believes it is his responsibility to create lifelong participants. He leads with passion, dedication, drive, respect, dignity and grace.”