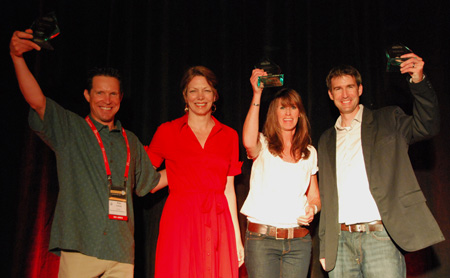 A native of California and a graduate of Chico State University with a degree in Public Relations & Communications, Marketing, Jody started her ski career working weekends as a children's ski school instructor at Squaw Valley while attending college. She later became an intern in Squaw's marketing department, then moved to a permanent marketing position at Alpine Meadows. Over the course of the next 10 years, she advanced from marketing assistant to director of sales at Alpine Meadows and eventually to director of marketing for Alpine, Boreal and Soda Springs. In 2007, Jody was named GM of Boreal and Soda Springs.

From Jibassic Parks to the Warped Tour, and from Grand Prix events to Woodward Tahoe, Jody understands that building loyal clientele is year-round process.

Jody currently serves on the Board of Directors for the California Ski Industries Association and is married, living in Truckee with two teenage boys.

One of Jody's nominators summed up this way: “Jody's career is embodied by her passion to create the next crop of skiers and snowboarders through innovative, introductory and learn-to programs at Boreal and Soda Springs. She is a marketer by trade, but her communications and mentoring skills really stand apart from the crowd in her role as resort general manager.”

Matt has enjoyed a resort industry career that has taken him from a ski shop at Bogus Basin, Idaho, to destinations in six countries. He currently serves on the Advertising, Marketing and Public Relations Committee of the Colorado Tourism Office, the Marketing and Communications Committee for Colorado Ski Country USA, and on the Telluride Montrose Regional Air Organization. Prior to joining the team in Telluride, Matt was director of marketing at Durango Mountain Resort, where he also served as Chairman of the Board of Directors of the Durango Area Tourism Office, on the Durango Air Task Force and in Leadership La Plata.

Matt's other experience includes director of marketing of the Bonnier Mountain Group (Ski and Skiing magazines, Warren Miller Films), and he has done newspaper and television work.

During his tenure at Telluride, Matt has been recognized with three NSAA marketing awards over the past four years and has garnered top resort rankings that include #2 or #3 in Conde Nast reader's poll in the last four years, #3 in Forbes and Top 25 in the World in Nat Geo Traveler.

Matt is married to Kiera, also a marketing professional, with young son Kyle.

“Matt works tirelessly as one of the most visible members of the executive team creating and communicating the resort brand across all departments,” said a Telluride nominator. “He has firmly established Telluride as one of the world's premiere destinations, and great things are yet to come for him.”

Growing up in upstate New York, Pete was exposed to skiing at a young age. But a move to Vail, Colo., in 1984 to live with his older brother got him hooked.

Heading back East to finish school, he took a part-time ski instructing position at West Mountain, N.Y. After graduating college, he returned to the Vail Valley and taught skiing full-time for the next eight years at Beaver Creek. Pete stepped away from the business for two years to complete his MBA at the University of Vermont, then headed directly back to Beaver Creek for a supervisory role within the Ski & Snowboard School. From that point on, Pete worked his way up through the ranks on the ski school/skier service side of things at Beaver Creek, Copper Mountain, Keystone Resort and Vail.

In 2010, Pete was given the opportunity to become the GM at Heavenly. In addition to his responsibilities there, Pete serves on the boards of the Lake Tahoe Visitors Authority, SOS Outreach and the California Ski Industry Association.

Pete is also a dedicated hockey dad who devotes every available moment to his three kids.

“Pete is a forward-thinking leader who has risen quickly through the ranks at Vail Resorts,” says a nominator. “He has provided great leadership and improved each organization along the way. He is already a leader in our industry and will continue to be for years to come.”