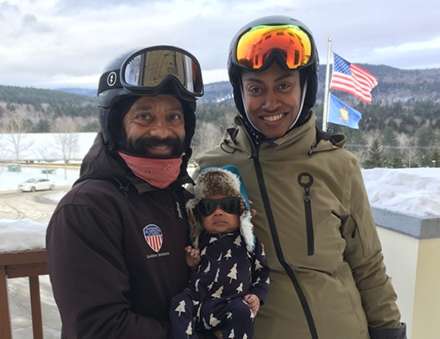 Magic Mountain has hired Robert “Bobby” Johnson, Jr. as director of the Snowsports Learning Center, starting Dec. 5. Johnson is reported to be the first Black leader of a ski school in Vermont, and possibly the country. He began his teaching career at Smuggler’s Notch, Vt., in 1983, and joined the Professional Ski Instructors of America (PSIA) in 1988. He is a PSIA Level 3 instructor for alpine and telemark skiing, and Level 2 for snowboarding.

Magic president Geoff Hatheway first learned about Johnson’s credentials in August when Johnson was invited to attend a Ski Vermont panel on how to include more Black, indigenous, people of color (BIPOC) as customers, workers, and leaders in the ski industry. 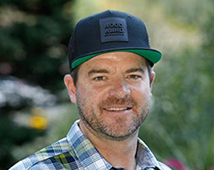 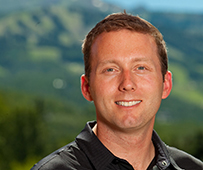 In anticipation of a challenging season ahead, Aspen Skiing Company has eliminated 50 positions from its workforce through lay-offs and attrition, including SAMMY winner Christian Knapp’s role of chief marketing officer. Knapp oversaw Aspen’s marketing efforts for almost a decade, producing award-winning campaigns such as “Give A Flake.” He remains involved in the ski industry, though, co-hosting along with Mark Sullivan a podcast produced by The Snowboard Project. They have a new series called Lift Ticket: Resort Riding in COVID Times.

Christian Knapp has worked in ski resort marketing for more than twenty years, cutting his teeth at Breckenridge and then Keystone before heading over to Aspen a decade ago. He is also a life long snowboarder and created the Mountain Collective pass, making season passes an affordable option for riders everywhere. 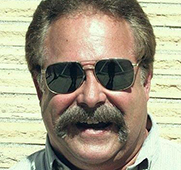 Longtime resort industry professional R. Phil Edholm retired as chief executive officer and president of Lookout Associates, owner of Lookout Pass Ski & Recreation Area & Route of the Hiawatha Scenic Bike Trail. His retirement comes after 42 years of serving in key executive roles, including as owner, for multiple resorts throughout the western United States. He is a past president of the Idaho Ski Areas Association and the Inland Northwest Ski Areas Association. Most recently, Edholm guided the passage of legislation addressing liability limitations for both winter and summer operations in the state of Idaho. He will continue in an ongoing consulting assignment for Lookout Associates. 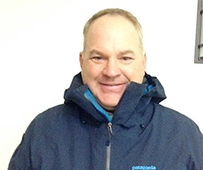 Doug Daniels joined the senior leadership team at Mount Sunapee in August as the senior manager of skier services. His responsibilities include overseeing the ski and snowboard school, product sales and services, competition services, childcare, and summer activities. Daniels has been in the ski industry for more than 30 years, most recently as an independent consultant for ski industry suppliers and ski resorts in a broad spectrum of business development projects. Prior to that, he worked at Mount Snow, Vt., for 18 years in various skier services roles. 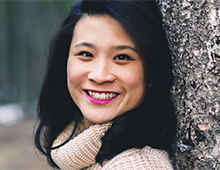 Maren Siu started as the new public relations manager for Whitefish Mountain Resort in September. Siu has spent the last four years working and living in Flathead Valley as a broadcast journalist at ABCFOX Montana and KPAX/KAJ, covering national news and local stories. 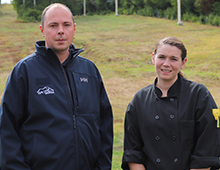 Adams brings more than 15 years of experience and leadership in a variety of food service operations at major sporting venues. At Wachusett, he will oversee all food & beverage operations and private event catering including weddings, corporate outings, private functions, meetings and sales of Wachusett’s private Mountain Suite Slope Skyboxes.

Koranda has been Wachusett’s sous chef for the past two years. As executive chef, she will supervise kitchen operations and oversee the menus for Wachusett’s Main Food Court Cafeteria, Black Diamond Restaurant, Balance Rock Coffee Company, and O’Brien’s Deck Bar & Grill. She will also be responsible for all of Wachusett’s private event catering. 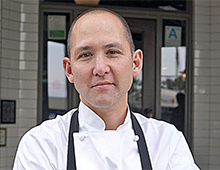 Chef Jonathan Wood, a 20-year veteran of the culinary industry, has been hired in the newly created role of director of culinary operations for Steamboat Ski & Resort Corporation. Wood will oversee all of Steamboat’s food & beverage operations including on-mountain, base area, the Steamboat Grand and Haymaker. Before joining Steamboat, Wood was the corporate executive chef at Grill Concepts, Inc. in Los Angeles; executive chef/director of food & beverage at the Intercontinental Hotel Century City in Los Angeles; and executive chef for Fairmont Hotels and Resorts at its signature restaurant, The Oak Room. 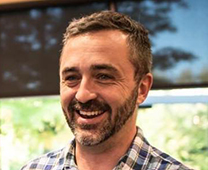 Bo Bigelow was named the executive director of the Minnesota Ski Areas Association in June. Bigelow replaces Luci Botzek who served as ED for just shy of 7 years and retired on June 30. Prior to relocating to Minnesota in 2019, Bigelow was with the Ski Maine Association for 13 years, overseeing the production of the New England Summit.

These four women are all exceptional leaders in the ski industry and bring a
diverse set of proven skills and experience to the 12-person Board. 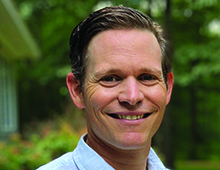 The MountainGuard Insurance Program promoted Tim Barnhorst to senior vice president, program manager. Barnhorst will work alongside Bo Adams and Tim Hendrickson to oversee the success of the MountainGuard program, and will be responsible for the management of a dedicated client territory. He joined the MountainGuard team in 2010 as a client service specialist and associate producer. He quickly developed his insurance acumen by earning his associate in risk management (ARM) and chartered property casualty underwriter (CPCU) designations within his first three years in the insurance business. In 2018, he was promoted to assistant vice president and in 2019 he assumed the role of vice president. 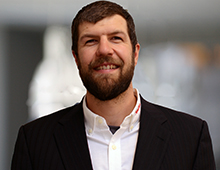 PistenBully has hired Emil Madden for the position of SNOWsat & Pro Academy manager.

Madden brings 12 years of ski industry experience to the positions. He most recently served as grooming manager at Vail Mountain, Colo.

Smith, one of Safilo Group’s core brands, appointed Francesco Rinaldi Ceroni as general manager. Ceronoi has more than 13 years of experience in the industry across wholesale and retail departments and previously worked as VP, international strategy & business development at Costa Del Mar. He will lead the global business across all commercial channels out of the Portland, Ore., headquarters. 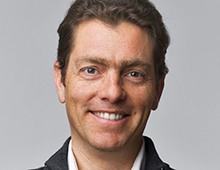 Bollé Brands named François Benaben, former vice president of Rossignol Group for Europe, Asia and the Southern Hemisphere, as the new president of its Sport and Luxury business. After 14 years in several sales and category management positions at Danone and L’Oréal, Benaben joined the Rossignol Group in 2011 as VP of sales for its Winter Sports Equipment business. In 2016, he took over marketing and communication responsibilities as well as worldwide sales. In his new position at Bollé Brands, Benaben will lead the group’s Sports & Luxury business with the brands Bollé, Spy, Cébé, H2Optix and Serengeti. 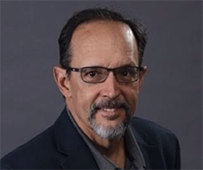 See the full article about the HOF inductees here. https://www.saminfo.com/headline-news/9673-u-s-ski-and-snowboard-hall-of-fame-class-of-2020

During its first-ever online award ceremony on Sept. 22, 2020, the North American Snowsports Journalists Association (NASJA), honored eight people in the snowsports industry with their highest awards. The winners were: 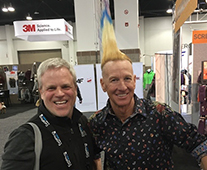 Harold S. Hirsch Award for Excellence in Snowsports Journalism: Eric Smith, former business reporter for SGB Media and now founder of Snowsports Business Report, won in the “words” category. There was a tie in the “images” category: five-time Hirsch Award recipient Dino Vournas, a member of SATW and active member of NASJA since 1977; and filmmakers Ray and Alicia Alba of Alba Adventures. 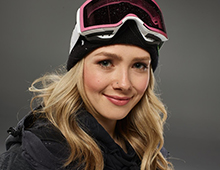 Bob Gillen Memorial Award: John Wagnon, who for 46 years was a force for innovation and change in the way ski resorts deal 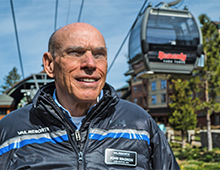 with media relations and how these resorts and regions market themselves to the local and worldwide snowsports communities. When Vail Resorts purchased Heavenly in 2011, Wagnon became senior director of regional marketing of the company’s three Tahoe resorts and helped shape iconic brands and strategies still in use today. He retired in 2016. 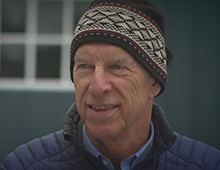 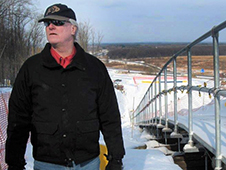 Read the full bios of the award winners here. https://nasja.org/explore-nasja/awards/.

Alterra Mountain Company won its second silver Telly Award in the promotional campaign category. The Ikon Pass video series, “It’s Not Winter,” was produced by Stept Studios. The Telly Awards honor excellence in video and television across all screens and are judged by a group of more than 200 industry experts. 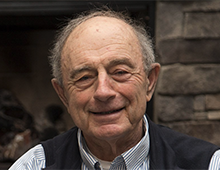 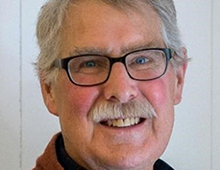 David Mark Doman, age 69, died July 29, 2020 at the University of Michigan Hospital. An engineer to the core, Doman built snowmaking systems for Alta and the 1988 Calgary lifts, and founded a snowmaking company. He later designed ski lifts for Leitner Poma. 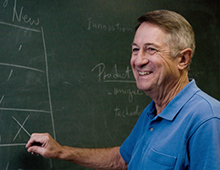 Robert W. Gore, inventor of Gore-Tex, died at age 83. His invention of the breathable-yet-waterproof fabric known as Gore-Tex revolutionized outdoor wear and helped spawn uses in numerous other fields. He was president of W. L. Gore & Associates for almost 25 years and company chairman for 30 years.