Snowbird to Get New Trams, First in the United States with Rooftop Balcony 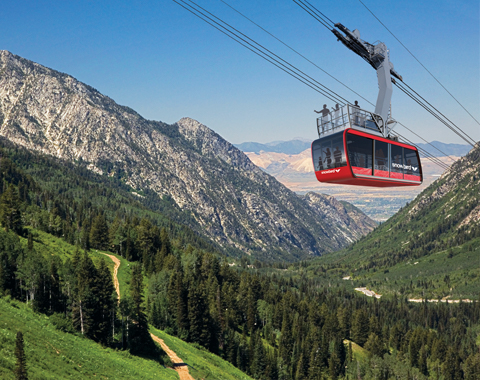 The cabins, which will feature a summer rooftop balcony and glass floor panels, will be the first of their kind in the United States.

After two years of planning, the new tram cabins have been completed in Olten, Switzerland, and are on their way to the resort. The cabins are expected to be fully installed and operational for Snowbird’s summer season this June. The original cabins, now 50 years old, will take their final rides on April 3, 2022. They’ve traveled approximately 794,994 miles during their lifetime.

“As Snowbird celebrates its 50th Anniversary, we are recognizing both our storied past and making a thrilling upgrade to our iconic Aerial Tram,” said president and general manager Dave Fields. “The Tram and Snowbird have provided year-round excitement for five decades, but the new Tram cabins promise to take this excitement to a whole new level.”

The summertime rooftop decks will allow 15 guests per cabin to enjoy unobstructed 360-degree views of Peruvian Gulch and Mount Superior as an upgrade to summertime scenic tram rides. The summer tram will also feature three, three-foot by three-foot glass floor panels for guests to view the scenery below. Additionally, the Aerial Tram drive system will receive a complete technological upgrade this spring.

Globally, there are three other trams boasting rooftop viewing decks: one at the Dachstein glacier in Austria; one on the Grande Motte glacier at Tignes, France; and one that opened this January at Italy’s Dolomiti Superski resort.