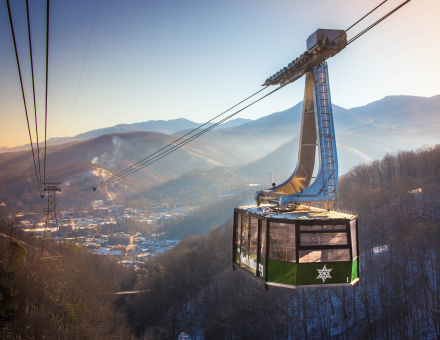 The property is held under a long-term lease from the city of Gatlinburg, dating back to 1961. That lease has been reassigned to Baker. Details are still forthcoming on whether other investors are involved in the acquisition.

Current Ober Gatlinburg president Kent Anders will stay on through March in a consulting role. Mark Adams, former president and CEO of the Gatlinburg Convention and Visitors Bureau, will serve as the new president of the resort.

Anders told SAM the decision to sell was bittersweet, but the time was right. The Anders family opened the tramway in 1973 and has owned the ski area, which started as Gatlinburg Ski Resort in 1962, since 1975.

Adams told The Mountain Press that he and Baker aim to expand Ober Gatlinburg’s already extensive list of year-round offerings. Work started this week on a downhill mountain bike course at the resort. Other outdoor attractions, like zip lines and an ATV course, are being considered as well.

The new owners also plan to change the resort’s name from Ober Gatlinburg to Ober Mountain, according to The Mountain Press report, and rebrand with a new logo that includes a sun as well as Ober’s traditional snowflake—a nod to the four-season nature of the operation.

Renovations to the tram and the lodge, which will now be called “base camp,” are on the docket as well; Yee-Haw Brewing Company, co-founded by Baker, is expected to be part of that project.

In winter, Ober Gatlinburg has 10 trails and one terrain park spread across 38 skiable acres with 600 feet of vertical served by five lifts.