No-Frills Resorts Rise to the Top in SKI Reader Survey

SAM Magazine—Boulder, Colo., Oct. 17, 2022—SKI Magazine's 2023 “Top 50 Resort Reader Survey” has been released with some noteworthy trends, albeit not totally surprising to anyone who's been following ski industry news, even loosely. 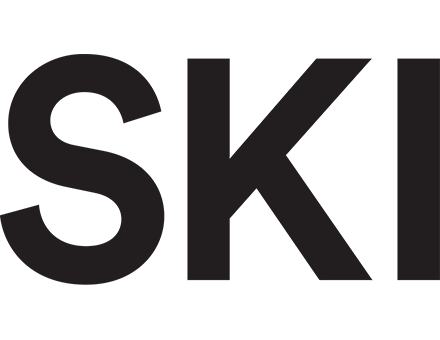 The survey “points to the overall trend of people seeking out the non-corporate ski areas after a couple rough seasons at the mega resorts,“ wrote SKI.

Winners in both the East and West remained the same, but further down the list notable shifts indicated the negative effects of some mega passes, and new appreciation for smaller, no-frills ski areas.

Five independent resorts—Magic Mountain, Vt., Waterville Valley and Bretton Woods, N.H., Powder Mountain, Utah, and Grand Targhee, Wyo.—returned to the list after being absent for a year or more, and another (Schweitzer Mountain, Idaho) nabbed the #11 spot in the West in its first-ever appearance.

Survey responses indicate the trend toward a back-to-our-roots mentality, especially with core skiers who prioritize skiing and care less about nightlife or amenities.

Readers did not mince words about burgeoning crowds and perceived “value," specifically regarding certain Vail-run and Alterra-owned and Ikon partner resorts. In fact, “value" is the top factor—pro and con—in the East and West.

Park City, Utah, had the most notable drop, plummeting from #13 to #30 in the West, barely making the list. The fall could be blamed on perceived mismanagement by Vail Resorts, which includes season-long complaints about staffing issues, long lift lines, sub-par grooming, and limited open terrain, restaurants, and lifts.

In stark contrast, newcomer Schweitzer was highlighted for lack of crowds, and appeared to suffer little from the limited après and nightlife in its small village. The resort is “good for the ski, eat, sleep, repeat" crowd, wrote one poll participant.

At both Grand Targhee and Powder Mountain, spots #24 and #18 respectively, "value" was a core strength among readers, with Powder's "old school vibes" as well as great snow and varied terrain trumping being “light on skier amenities.“

The East saw similar jumps by smaller, independent resorts. Of this year’s top 10 (out of 20), six are independently owned. Several can chalk up their rise in the ranks to lift and infrastructure improvements, but lack of the “c” words—corporate; crowds—didn’t hurt.

Bretton Woods, for one, didn’t just make a return to the list, it scored the #2 spot without any notable capital improvements. Lodging and dining are pricey, readers noted, but “at least you get what you pay for.” And Wachusett Mountain in western Massachusetts moved from #15 to #11 was called out as not much on paper, “but the care with which it’s run translates to a special on-mountain experience.”

Notably, a fair number of resorts on this year’s list, both East and West—many of them the larger, busier resorts—retained their position or shifted a minimal two or three spots from 2022. It could be that the portion of the market that prizes amenities and the overall “experience” accepts the corporate, mega-resort mentality and crowds, or that these resorts have enough acreage to spread out the crowds.

Still, it should be noted that some of these mega-resort rankings are lower than they were pre-pandemic. That includes Vail Mountain, which held steady at #20 in the West; Vail ranked #11 in 2020.

One independent, few-frills area is already capitalizing on the report. A press release from Canada’s Banff Sunshine touted its #4 ranking—ahead of #5 Whistler Blackcomb—thanks to "zero lift lines" and "communal and intimate vibe." Other areas are likely to follow suit.