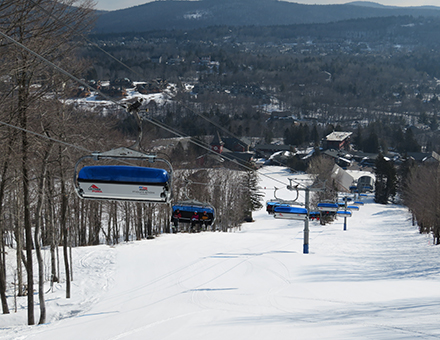 The outlook moving forward is a bit different, according to CEO Rob Katz. "In the week ended March 8, 2020, we saw a marked negative change in performance from the prior week, with destination skier visits modestly below expectations. We expect this trend to continue and potentially worsen in upcoming weeks."

VR also released season-to-date totals for a variety of metrics through March 1, and these showed that results had already slipped in February. Skier visits season-to-date were down 5.2 percent, while total lift ticket revenue, including an allocated portion of season pass revenue for each applicable period, was up 0.8 percent. Ski school revenue was up 2.8 percent and dining revenue was down 1.4 percent. Retail/rental revenue for North American resort and ski area store locations was down 0.6 percent.

Based on results through March 1, 2020—that is, excluding any identified impact from coronavirus—VR had estimated that resort reported EBITDA for fiscal 2020 would be approximately $20 million below the midpoint of the guidance range VR previously issued on Jan. 17. With the effects of coronavirus factored in, the projected EBITDA number would be lower.

Regardless, Katz said he expects the total capital plan for the year to remain approximately $210 million to $215 million.