SAM Magazine—March 31, 2020, Broomfield, Colo.—Vail Resorts is once again shaking up the leadership ranks at its Eastern and Midwest properties. 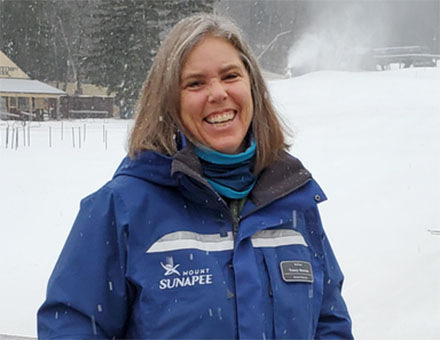 Current Mount Sunapee, N.H., GM Tracy Bartels will replace Barnes as Mount Snow vice president and general manager. She will begin in her new role April 6. Bartels has been the GM at Sunapee for less than five months. She started there Nov. 18, 2019. She will report directly to Doug Pierini, COO Eastern Region.

Bartels joined Vail Resorts in February 2000 as a children’s ski instructor at Breckenridge, Colo. During her 20 years with the company, Bartels has held various leadership roles in ski school, food and beverage, health and safety, and mountain ops.

“The combination of Tracy’s incredible depth of operations experience and her passion for mountain communities uniquely positions her for success as she makes the move to Mount Snow,” said Pierini in an internal missive. “I’m thrilled to have Tracy as a part of the Eastern Region Leadership Team.”

Pierini thanked Barnes, Hamilton, and Grenier for their contributions this season, and noted Vail Resorts “will communicate further details about the backfills for the GM roles at Snow Creek and Mount Sunapee shortly.”