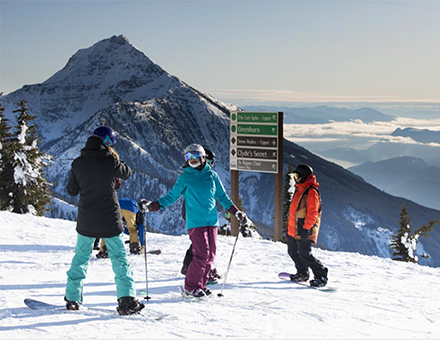 “The objective is to be able to participate in whatever frameworks the government brings forward,” said CWSAA president and CEO Christopher Nicolson. “Often these types of programs are only available to municipal governments, and ski areas fall through the cracks.” He noted that many resorts in the province and country provide the services of municipalities—water, sewer and energy utilities, fire support, housing—without the official municipal designation. He wants to be sure that ski towns are accounted for in B.C.’s recovery plans.

MRCEFP is modeled after the 1978 federal and provincial Tourism Industry Development Subsidiary Agreement (TIDSA). TIDSA injected CAN$50 million, roughly CAN$200 million in current dollars, into the B.C. ski industry and is cited as one of the key factors in growing B.C. into a global resort destination.

“From a return-on-investment standpoint, the industry now generates CAN$2 billion a year for the provincial economy, and north of CAN$121 million per year in tax revenue specific to the province,” Nicolson told local news outlets.

The idea behind MRCEFP is that it will allow the industry to not only recover in the wake of the pandemic, but advance and expand as it did after the TIDSA boost. The proposal aims to bolster year-round, sustainable tourism and, subsequently, year-round sustainable jobs by investing funds in rural community relief and resort town infrastructure.