SAM Magazine—Lakewood, Colo., Aug. 6, 2020— As discussions take place on Capitol Hill about a new round of funding to combat the impacts of COVID-19, NSAA is urging resorts to contact their U.S. Senators and 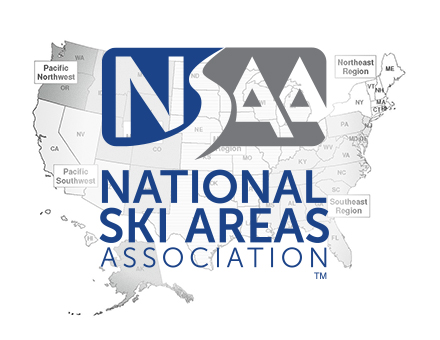 request support for the RESTART Act. With Congress set to leave Washington for its August recess next week, immediate action is required.

NSAA has prepared a petition for resorts to sign and is sending it to Congressional leaders. It is also working with individual state associations, writing to the senators’ staffs to encourage them to support RESTART.

“We need to ensure that our industry's small and medium-sized businesses are prioritized in a new federal funding package,” explained Dave Byrd, NSAA director of risk and regulatory affairs.

“The RESTART Act benefits businesses under 500 employees much more than bigger businesses above 500,” Byrd said. “Employees are counted based on monthly counts averaged over 12-month period. Ski areas like the size of Mt. Hood Meadows, Bogus Basin, Jay Peak, Jiminy Peak, Taos, Lutsen, and Brighton fall under that 500-employee threshold.”

The RESTART Act has 48 co-sponsor senators; those who have not signed on or signaled their position include Senators Risch and Crapo (R-Idaho), Senators Enzi and Barrasso (R-Wyo.), Senators Sanders and Leahy (D-Vt.), Senators Hassan and Shaheen (D-N.H.), Senator Lee (R-Utah), and Senator Udall (D-NM).

NSAA is urging support of the RESTART Act over a smaller competing bill sponsored by Sen. Marco Rubio, which would only cover businesses with up to 300 employees. Rubio’s plan is an expansion of his existing PPP loan program called “Second draw,” which applies to businesses that had an earlier PPP loan, and could get a second one (along with loan forgiveness).

• Loan forgiveness for payroll, benefits, rent, and utilities for businesses with less than 500 employees.

• No need to personally guarantee loans; the federal government is guaranteeing them.

• For companies with less than 500 employees, there are no loan fees.

• For companies with 500 or more employees, the portions of loans that are not subject to forgiveness have an interest rate of 2 percent to 4 percent.

• For companies with less than 500 employees, loan forgiveness would amount to six months of payroll—enough to cover their entire payroll for ski season.

• Some businesses don’t want to take on debt with loans, even if some portion is forgiven.

• Bill does not apply to publicly traded companies.

• It is unclear if this will get more support than Sen. Rubio’s proposed PPP loan expansions.