SAM Magazine—Olympic Valley, Calif., Aug. 25, 2020—Squaw Valley Alpine Meadows has committed to removing “squaw” from its resort name. “Having our name be associated with pain and dehumanization is contrary to our goal of making the outdoors a welcoming space for all people,” said resort president and COO Ron Cohen in an email to patrons. 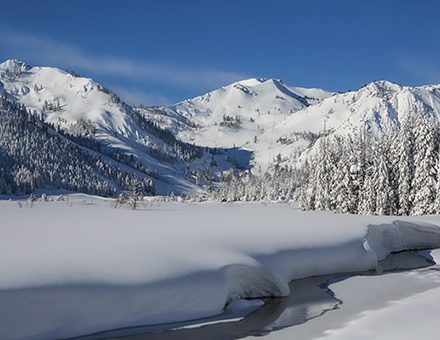 In coming to the decision, the resort consulted the Washoe tribe and various other community and resort stakeholders. In light of those conversations, resort leadership determined that “the simple fact is that the word ‘squaw’ is now widely accepted as a racial and sexist slur towards indigenous women, and we can no longer ignore the pain caused by perpetuating the use of this term, regardless of intent.”

Squaw Valley Alpine Meadows began seriously reviewing the use of the term “squaw” in its branding back in June, but debate about its name has been going on for several years. “The concerns about our name have been long discussed, but as we all find ourselves in a time of increased awareness and righteous demands for accountability, our leadership team has concluded we must move from discussion to action,” said Cohen.

This will not be the first name change in the area’s history—the valley itself was renamed Olympic Valley ahead of the 1960 Winter Olympics—but this is different. In the broadcast email to guests, Cohen noted that, “it can be jarring to face the stark ugliness that is embodied by the same word that names a place so magnificently beautiful, a place so many of us hold dear.”

Still, “I feel strongly that we have been given the rare opportunity to effect lasting, positive change; to find a new name that reflects our core values, storied past, and respect for all those who have enjoyed this land,” said Cohen.

The change will not go into effect immediately; a possible mid-winter implementation was deemed infeasible. Instead, a team has been formed “to find the right name,” and the resort is targeting summer 2021 for the rollout of its new branding.