Special Report: Legal and Insurance Issues in the Age of COVID-19 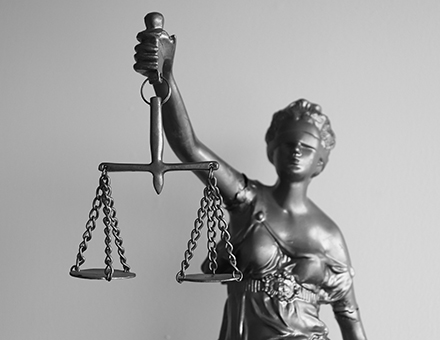 COVID-19 has led to a variety of measures aimed at mitigating its impact. While some of these have been straightforward, like sending $1,200 checks to individuals, others have been more complicated, and even contentious. Business interruption insurance, workers' compensation issues, and COVID-19 waivers are among those in the latter group.

Business Interruption InsuranceState legislatures, as well as Congress, introduced legislation in the first two months of the COVID-19 pandemic designed to mandate business interruption insurance coverage. However, the U.S. Treasury weighed in in May, expressing concerns about proposals to compel insurers to pay business interruption losses attributable to COVID-19, specifically stating that requiring insurers to retroactively cover such exposures could destabilize the insurance sector.

That concern is shared by a broad coalition of insurers and business organizations, which have called for Congress to create a Federally funded pool to address COVID-19 losses. More recently, those groups also have called for a Federal program to cover future pandemic risks.

Legislative efforts to address such future risks are underway in Congress. The House Financial Services Committee has taken up the Pandemic Risk Insurance Act of 2020, H.R. 7011 (“PRIA”). The Act would “establish a Federal program that provides for a transparent system of shared public and private compensation for business interruption losses resulting from a pandemic or outbreak of communicable disease.” The bill aims to ensure widespread availability and affordability of business interruption coverage for losses resulting from a pandemic or outbreak of communicative disease; and to create a transitional period for the private markets to stabilize, resume pricing of such insurance, and build capacity to absorb any future losses.

The Act would mandate that insurers offer business interruption insurance policies to cover losses incurred due to pandemics. It would also establish a Pandemic Risk Reinsurance Program (PRRP) within the Department of the Treasury, under which private insurance companies and the Federal government would share the responsibility to pay claims for covered losses. The Act would apply to any “outbreak of infectious disease or pandemic” on or after January 1, 2021 that is certified as a public health emergency.

Participation in the PRRP would be voluntary for insurance companies, but it would be mandatory for them to cover defined public health emergencies under their business interruption policies.

However, any exclusions voided under PRIA could be reinstated if the insured gives written affirmative authorization to the insurer or, for newer policies in effect for less than five months, if the insured fails to pay an increased premium for the coverage after proper notice of the reinstatement. The program would end on December 31, 2027.

Minimums and maximums. The PRRP would be triggered if the aggregate industry insured losses for participating insurers were to exceed $250 million. Federal funds available under the Act would be capped at $750 billion. In a step that proves the government understands insurance, participating insurers would have to meet a deductible prior to triggering Federal payments, though insurers could obtain reinsurance coverage for deductibles and insured losses.

H.R. 7011 remains under consideration by the House Committee on Financial Services.

Three business interruption actions filed near the beginning of the pandemic have progressed through decisions on motions to dismiss or for summary judgment. Two of those have been wins for the insurers and one (temporarily) for the insured.

A recurring theme in the allegations is that the insurers did not conduct sufficient investigations prior to denying coverage. Others seek to demonstrate that virus exclusions do not extend to a pandemic, but the validity of that distinction is highly questionable.

In Rose’s I, LLC v. Erie Ins. Exchange, the District of Columbia Superior Court on Aug. 6 granted summary judgment in favor of the insurer, holding no coverage existed for business interruption caused by governmental orders for a number of prominent D.C. restaurants that purchased an “Ultrapack Plus Commercial Property Coverage” policy. The court found there was no "direct physical loss" under the policy. In addition, the court said, plaintiffs presented no evidence that COVID-19 actually was present at their premises. Third, even if the term “loss” were construed to include “loss of use,” coverage would require “direct physical intrusion” onto the properties.

In Diesel Barbershop, LLC, et al. v. State Farm Lloyds, the U.S. District Court in Texas on Aug. 13 granted a motion to dismiss the complaint of a group of barbershops seeking business interruption coverage under a Businessowners Policy. Several local and state orders had been issued. The policy required an “accidental direct physical loss.” While some courts have found coverage even without tangible destruction to covered property, the District Court found the cases requiring tangible injury to be more applicable and persuasive. In addition, the policy contained a Virus Exclusion embedded within an Anti-Concurrent Causation Clause. The court found the clause to be unambiguous and enforceable.

The first ruling in the U.S. to allow an action by insureds to proceed is Studio 417, Inc. v. The Cincinnati Ins. Co.,decided in Missouri District Court on Aug. 12. It concerns a claim by hair salons and restaurants for business interruption coverage under five policy provisions of all-risk property policies. Note that this is not a ruling on the merits, but merely the denial of a motion to dismiss.

The court placed much emphasis on the plaintiffs’ express allegations that their properties had, in fact, been physically contaminated by the novel coronavirus. The key allegations were that COVID-19 “is a physical substance” that “live[s] on” and is “active on inert physical surfaces,” is “emitted into the air,” and that it attached to and deprived plaintiffs of their property. The court found sufficient allegations of “physical loss” to permit the case to proceed to discovery.

The court also declined to dismiss the claim for Civil Authority coverage, “for substantially the same reasons as discussed above.” It found that even though the restaurants could remain open for take-out services, and the order did not prohibit access to the hair salon, the policies require that civil authorities prohibit “access,” but not “all access” or “any access.” In the court’s view, access was prohibited to such a degree as to trigger coverage.

The court also permitted the claims to continue under Ingress and Egress Coverage and Dependent Property Coverage (again, “substantially for the same reasons discussed above”). Finally, the court found that plaintiffs had adequately stated a claim for a covered loss under the Sue and Labor provisions.

The court cautioned that while the plaintiffs had pled enough facts to proceed with discovery, the insurer could reassert its arguments at the summary judgment stage.

A growing number of States are adopting presumption laws for workers—sometimes, but not always, limited to “essential workers.” The laws establish a presumption that the workers acquire COVID-19 in the workplace, subject to the laws’ stated contingencies. California, Illinois, and Vermont have these rubrics in place; Connecticut and New Jersey are among the states heading in that direction.

On June 5, Illinois Gov. J.B. Pritzker signed into law a rebuttable presumption for customer-facing workers who acquire COVID-19. California Gov. Gavin Newsom created a rebuttable presumption for 16 classes of workers deemed essential through an executive order issued on May 6. That order retroactively applied to workers who acquired coronavirus on or after March 19, but expired July 5. Several bills re-creating that presumption have been proposed in the State’s legislature.

Similarly, in late July, Connecticut Gov. Ned Lamont issued an executive order for workers who presumably contracted COVID-19 on the job, saying the state “owes a debt to the health care professionals, grocery store clerks, and other essential workers who stood at their posts during the darkest days of this pandemic.” The joint Insurance and Labor committees have been considering expanding workers’ compensation coverage to employees who have been hurt on the job by COVID-19 infections.

On July 31, 2020, the New Jersey Assembly adopted Senate Bill 2380 (S2380) to expand access to workers’ compensation benefits for workers infected with COVID-19. S2380 would create a rebuttable presumption of compensability for COVID-19-positive workers qualifying as “essential employees," broadly defined in the bill as employees in the public safety, health care, transportation, hospitality and retail industries, plus any other employee defined as an “essential employee” in a state of emergency declaration. The presumption of compensability could be rebutted by demonstrating that the worker was not exposed to the disease while working in the place of employment—a very high bar in many instances. The bill awaits the governor's signature.

As businesses reopen, Congress and certain state legislatures are considering legislation to provide new liability protections. While they do so, businesses that have reopened, or are considering reopening, face the dilemma of whether they should ask patrons to execute waivers to protect against future claims of exposure to COVID-19; and if so, whether to include such language in an existing agreement or in a separate document.

What is the effect of adding COVID-19 to pre-injury exculpatory waivers executed by individuals and provided to various organizations? The law is not settled on this point.

Of course, the law relating to waivers and their enforceability varies greatly from state-to-state. Certain jurisdictions hold these agreements void as a matter of public policy, while others require that exculpatory agreements contain specific language or relate to a specific inherently risky or dangerous activity.

Businesses located in jurisdictions that generally enforce waivers may be tempted to insert language related to COVID-19 into an existing document. However, if tested and a court were to determine that such an approach is over-reaching, this could potentially dilute the overall effectiveness of the existing agreement and create unfavorable law.

Because of the level of scrutiny courts typically employ when determining the enforceability of waivers, such agreements are often narrowly tailored to encompass risks inherent to a particular activity. Courts confronted with an exculpatory agreement containing a waiver for potential exposure to COVID-19 could rule that the risk of COVID-19 is not inherent in a particular activity and, therefore, strike the entire agreement as over-reaching and unenforceable. Such a ruling could negatively impact the future enforceability of waivers generally in that particular jurisdiction and erode previously favorable case law there.

On the other hand, it's possible that a court would not consider the addition of Covid-19 language in a waiver to be overreaching, as it could be deemed necessary to protect the business, particularly where the business is one which is recreational and, therefore, involves voluntary activity.

An alternative approach to adding Covid-19 language to an existing waiver is to create a separate document through which customers specifically acknowledge and accept the risk of being exposed to, and possibly contracting, Covid-19 while participating in the given activities. This approach would not affect or jeopardize existing and accepted waivers, while also capturing an acknowledgement of risk by customers.

Charles F. Gfeller and Melicent B. Thompson are Partners at the law firm of Gfeller Laurie LLP. The firm provides comprehensive legal services to numerous ski areas and resorts. They may be reached at cgfeller@gllawgroup.comand mthompson@gllawgroup.com, respectively. For more information about them or their firm, please visit www.gllawgroup.com.