Mount Bohemia Bumps to $20 an Hour

SAM Magazine—Mohawk, Mich., Aug. 23, 2021—Mount Bohemia bumped its starting wage to $20 an hour for all jobs except bartenders, who will start at $15 per hour, plus tips. 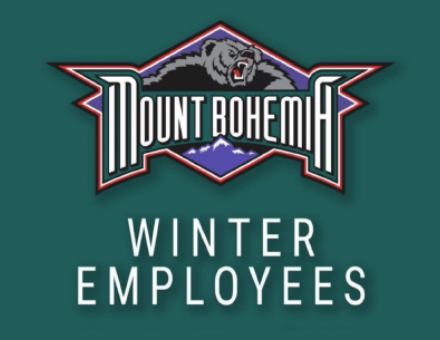 The move aims to make employment at the Upper Peninsula ski area attractive in a tight labor market.

“We’ve been at $15 for about four years, and initially it helped us a lot,” ski area president Lonie Glieberman told SAM. “But $15 is the new normal. We thought we needed a wage that will get us fully staffed because it’s hard to run a ski resort at 70 percent.”

With ski areas across the country boosting starting wages and major regional employers like Walmart jumping to $15 an hour, “We felt that $20 an hour was a bold strike to get to full employment for us,” said Glieberman.

An incremental jump to something like $17 an hour might have left the resort only partially staffed come December, explained Glieberman, and that was a poor money-making proposition. “Food and beverage is highly profitable. If it’s not staffed, we don’t make any money. If lifts aren’t staffed, nobody gets up the lift.” So, the ski area is willing to eat the cost of a higher starting wage, he said.

Mount Bohemia does not offer staff housing, which was another factor in the $20 wage calculation, said Glieberman, noting that most housing is 15-20 minutes away from the mountain.

There is also an important prerequisite to working at the resort: “On the employee side, we are requiring vaccines,” he said. “They have plenty of time to do it. There are plenty available.” He added that while individual staff members might be willing to run the risk of infection, an employee vaccine mandate was necessary to inoculate the ski area against a potential shutdown. “We are a small team that works closely together. If someone got sick, that would shut us down.”

The pay bump is generating positive results. “We’ve had a lot of people applying,” said Glieberman. “That’s the way supply and demand works.”