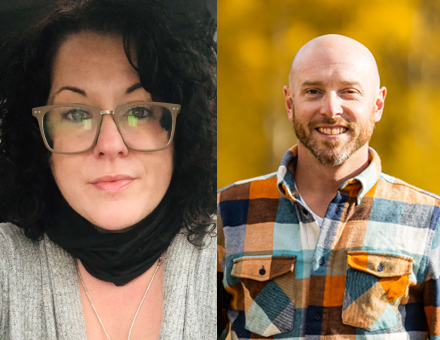 Donnelly and Crichton All four leaders were promoted from within the company.

Susan Donnelly takes over as general manager of Crotched Mountain Resort, N.H. Donnelly first joined Okemo, Vt., in product sales in 2007 before shifting to food and beverage management. She integrated Okemo, Mount Snow, Vt., and Hunter Mountain, N.Y., into the Vail Resorts system as director of product sales and scanning. Most recently, Donnelly served as senior manager of product sales and scanning, overseeing the Northeast Region. She will continue to live in the Crotched Mountain area with her two children Derek (14) and Lena (11).

JD Crichton is the new general manager for Wildcat, N.H. He started Oct. 1. He spent the last four years as the director of food and beverage at Crested Butte, Colo. Crichton started in ski area operations in 1998 at Sugarloaf, Maine, before moving to Colorado in the mid-2000s where he held leadership positions in hospitality and food and beverage at Copper Mountain. Crichton joins the Eastern region with his sons Oscar (8) and Hollis (4), and his wife Stacy.

Mike Giorgio joins Mount Brighton, Mich., as general manager after 10 years at Mount Snow. Giorgio started his career there as the resort executive chef. In 2016, he was promoted to director of food and beverage. Giorgio holds a Master of Arts from Johnson and Wales University. He began at Mount Brighton on Oct. 15, relocating there with his wife Anna and sons Reed and Weston, along with the family’s three dogs.

Tim Harris was promoted to the role of vice president of Midwest resorts. Harris began his career in Whistler, B.C., in 2009, serving as retail/rental operations manager before becoming general manager of multiple outlets across Whistler/Blackcomb. He relocated to Colorado in 2017 to work in Vail Resorts retail (VRR) as director of operations for Vail and Beaver Creek. Most recently as senior director of operations for VRR, Harris has led operations for the Western Region, including Whistler, Tahoe, Calif., Park City, Utah, and Stevens Pass, Wash.