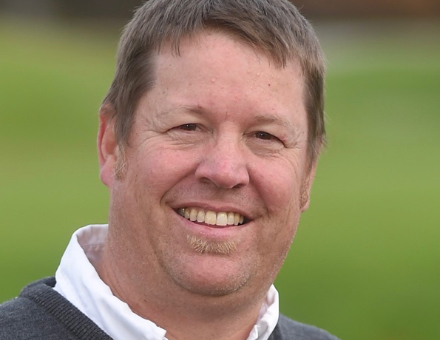 Barnes replaces Jay Gamble, who recently accepted the role of general manager at Wintergreen Resort in Virginia. Both resorts are operated by Pacific Group Resorts, Inc. Barnes previously served as the vice president and general manager of Mount Snow, Vt., and brings more than 20 years of mountain resort leadership experience to the role.

During his tenure at Mount Snow, Barnes was the ski school director for five years before he was promoted to director of skier services in 2006. In 2008, he was promoted to resort operations director, which included managing ski school, the racing and training center, guest services, rental operations, and ticketing. He was also in charge of resort services for Crotched Mountain in New Hampshire during that time (both were owned by Peak Resorts). Barnes succeeded NSAA CEO Kelly Pawlak as Mount Snow vice president and general manager in 2017.

“We’re really very fortunate to be able to bring someone with Erik’s talents and experience to Ragged Mountain,” said PGRI CEO Vern Greco. “His previous general management and resort leadership results in the Northeast are a great fit for us. They put him in a strong position to continue the positive momentum we have at Ragged Mountain and will ensure a seamless transition from the great work of Jay Gamble, who has a big job ahead of him at Wintergreen.”

“With expanded snowmaking and the successful Mission: Affordable season pass program, it’s an exciting time to lead the team at Ragged Mountain as it transitions to a noteworthy mid-sized New England ski area with potential for more growth and future expansion plans,” said Barnes. “Ragged Mountain has developed an impressive track record of creating new skiers and snowboarders … and catering to families. They have been doing a lot of good things here, and I am very pleased to be in a position to take Ragged Mountain to its next level of progress.”