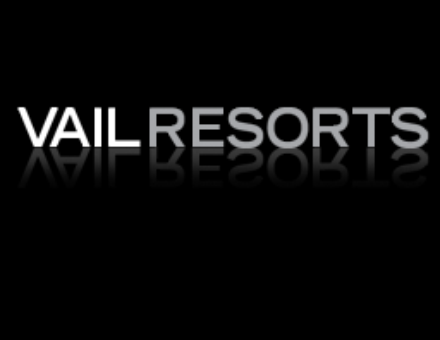 Across its network of resorts, VR seemed to fare worse than many other resorts—and has dominated news headlines and social media across the country.

Perhaps the most dramatic situation occurred at Stevens Pass, Wash. A relative newcomer to the VR stable, Stevens's pre-season staffing shortages were exacerbated by Covid absences that left it unable to operate at the same level as its neighbors and competitors. For much of the holidays, Stevens had less than half of its terrain open, while neighboring areas were at or near full operations. On-mountain services and F&B were similarly limited, and parking lots filled on several days, shutting out some skiers and Epic Passholders.

All that led an Epic Passholder to launch a petition outlining the shortcomings and demanding that VR fix the many issues listed. The petition suggested that if VR did not remedy the situation, petitioners could file a complaint with the state's Consumer Protection Division, alleging violation of the Consumer Protection Act. The petition also suggested that the Forest Service review Stevens's special use permit, claiming that VR had greatly misrepresented its services, in violation of the terms of the permit. As of Monday morning, nearly 31,000 people had signed the petition.

Elsewhere, VR's three Ohio areas have yet to open for the season, while independent, locally-run Snow Trails opened Dec. 17. Warm weather closed Snow Trails from Dec. 29 to Jan. 4, but the area has reopened. Until today, VR had not given any firm indication as to when it will be able to open its three areas (Jan. 7 for Boston Mills/Brandywine and Mad River Mountain).

Staffing shortages, due to the constrained labor market and Covid absences, led VR's Crotched Mountain, N.H., to reduce operations to just five days a week instead of daily.

An article in the Colorado Sun pointed out that VR is not alone in all this, as businesses generally—not just ski areas—have been hit by staffing shortages and Covid limitations. However, VR instituted policies that have unintentionally compounded the problems. In particular, an HR app that has replaced HR departments at many resorts has been cited by many employees as a problem, as was a general reduction in middle management positions at VR areas. In addition, VR's admirable requirement for all employees to be vaccinated worsened the employee shortfall, as some staff chose to quit rather than vaccinate.

The severity of the issues have led guests, employees, and former employees to pour out their frustrations at the @epicliftlines Instagram page. As the new year began, epicliftlines.com was receiving thousands of hits a day.

All this has led to a series of articles and news reports recounting the challenges and dissatisfaction in the Seattle/Washington area, in addition to the Colorado Sun feature and other reports in local media across the country.

VR has been trying to address the many concerns and frustrations and to keep guests apprised of its efforts. VR CEO Kirsten Lynch, along with leaders at several resorts including Vail Mountain and Crotched, have explained publicly that staffing shortages and Covid infections among staff have limited the resorts' ability to open terrain and operate facilities. The leaders all stressed that they have been acting to both open as much terrain and as many services as possible while keeping guests and staff safe, and they praised the efforts of their staffs while thanking them for the hard work they have been doing.

Those communications appear to have succeeded in reducing the ire of some guests, judging from some sympathetic and complementary posts on social media. But for others, both guests and employees, the words haven't dispelled the belief that VR's employee and management policies have contributed to the areas' struggles so far this season.