Where will old skiers go before they die? 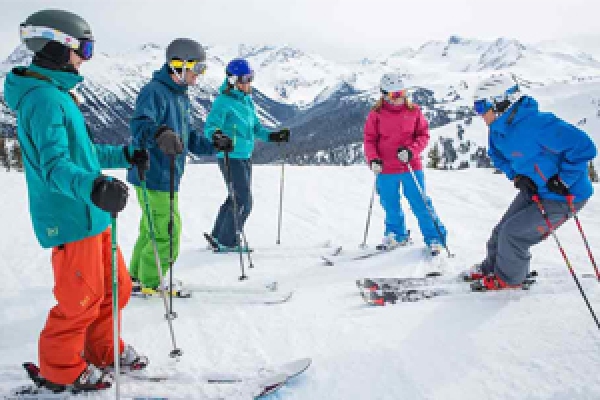 Slats sat at his usual corner booth, looking more than usually chipper. He had a couple of newspapers spread out on the table, the Aspirin Chimes and The Whale’s Tale, and was circling ads in the real estate sections.

“You gonna buy a house, Slats? You have a condo now where you can walk to the lift and you don’t have to shovel snow.”

“The Dirty Dozen. The guys I’ve been skiing with since ’65. We can finally afford the frat house we’ve talked about for years.”

“Most of our guys have been teaching or patrolling on the mountain for 40 years. They’re running around on titanium knees and a few brain cells. They need to provide for old age.”

“They can afford to stay here on Social Security?”

“Exactly my point. These guys don’t have enough put away to stay in town when they can’t work full time anymore.”

“Didn’t they buy in before prices went through the roof?”

“Well, yeah, but look at your typical old ski bum. The wife threw him out years ago and he lost the house in the divorce. Each of these guys is paying rent to a girlfriend, or living in a trailer down valley.”

“How are you gonna get 12 guys into a place with six bedrooms?”

“Look at this place. It has a six-car garage and a weight room. It has two studies. The living room and dining room together are about the size of the Marriott ballroom. There’s plenty of ways to divide this up to make everyone happy. We may have to build some walls and put in a few more toilets, but most of the guys have contractor’s licenses, so we’ll pitch in and do the work in the first week. We’ll put in a wheelchair ramp—just thinking ahead, we’ll call it a bike ramp for now. We’ll share the kitchen and the gym and the ski-and-bike room.”

“There’s got to be a zoning law against this.”

“Nah, we’ll form a corporation to own it. It’ll be like a condo.

“Fact is, if we pull this off, these things will pop up in resort towns everywhere. It’ll be a business model. Doctors will buy in. Look, there’s a couple of docs in town been keeping this crew functioning for decades. Why wouldn’t they set up a clinic there?”

“And Ted has an old bus. We’ll run it over to the mountain every morning, then back to the house after happy hour. We can even hire a kid to drive, so we can drink on the way home.”

“What about those girlfriends?”

“Well, some of ’em might not like the atmosphere, right? But some of ’em will think it’s great. Think of the characters—think of the stories! We’ll have like 500 years of accumulated gossip about this town. We’re gonna be like an eternal Rolling Stones tour.

“Of course, there’s gotta be some social conventions observed. It’s a small town, and no one wants to meet an ex-wife in the hot tub.”