Resorts have become increasingly discerning about their investments in lifts—which, along with snowmaking, comprise the essential elements of a ski and snowboard resort. So a jump to 23 new lifts, from last year’s all-time low of 16, is a positive sign. 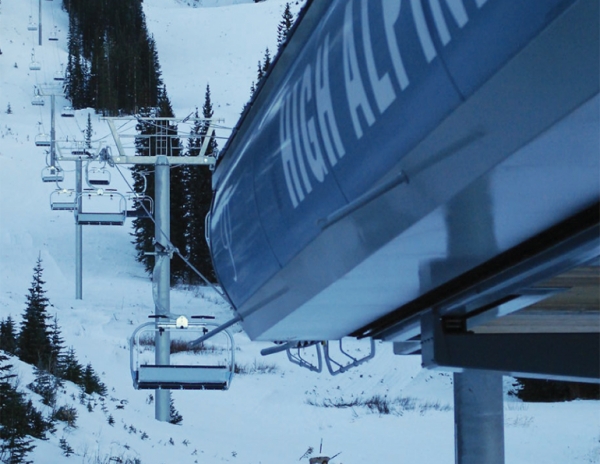 Comfort and convenience were clearly the focus this past year with three gondola/chondola installs, a robust number for any year. These lifts provide an obvious service to guests. So do bubble chairs, which are also becoming popular.

Among the year’s new lifts, the gondola at Lutsen and the hybrid gondola/six-pack at Sugar Mountain, N.C., are most notable. Neither area would have been considered “big enough” to install a gondola in the past. But both will make use of the lifts year-round, and that’s the key. The Sugar lift, strictly a six-pack this year, will add gondolas in the future. Lutsen’s 8-passenger gondola has an initial capacity of 1,000, but can handle 2,400.

Left: Snowmass’ new High Alpine detachable quad replaces an older one, but on a new alignment. Right: Powderhorn’s Flat Top Flyer is the resort’s first high-speed ride. Both from Leitner-Poma.

Convenience takes other forms, too. Leitner-Poma’s detachable High Alpine quad at Snowmass has a new alignment that provides easier access at the base, and to the prized Hanging Valley terrain from the top. Squaw Valley’s new Siberia six-pack, a Poma, replaces an aging quad on a signature peak.

Three new lifts—two of them six-packs installed at Vail Resorts areas—came with Chairkit loading conveyors. And three fixed-grip quads, two of them older lifts, added loading conveyors as well. There are now 44 such conveyances in use across North America, Chairkit’s Marc Wood reports.

Left: Park City’s 8-passenger Quicksilver gondola, left, connects Park City base with Canyons side of the newly combined resorts, with an angle station at the apex. Right: Top terminal of Vail’s new Avanti express six-pack, which replaces a quad. Both built by Doppelmayr.

Of course, not all areas are looking for, or need, high capacity. Skytrac’s two new installations employ the company’s standard, economical designs. But in each case—at Arizona Snowbowl and Pomerelle, Idaho—these are the first new lifts in 25 to 30 years. That makes them upgrades in their own ways. 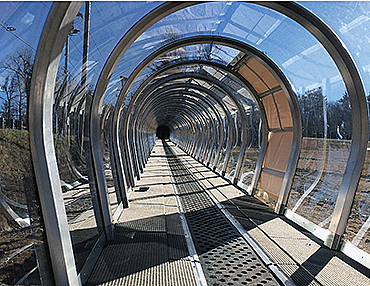 Magic Carpet and Star Lifts both installed several longer lifts of 500 to 600 feet. “The longer carpets are working very well,” says Magic Carpet chief Dave Kelly. “We’re seeing requests for lengths up to 800 to 1000 feet. There’s no technical reason not to do it.”

If there’s a replacement cycle for conveyors, it’s a long one. Magic Carpet began installing conveyors in 1992, and hasn’t yet seen a call for replacements.

All three of the aerial lift companies are pursuing upgrade and retrofits. A prime example: Okemo’s Quantum quad. The resort added bubbles to the lift—“that’s the first time that’s been done,” says Leitner-Poma’s Rick Spear—and redid the base terminal to make it look brand-new. “Skiers love bubbles,” he adds. “We expect to do more of those.”

Still, he reminds that at some point, updates become uneconomical. “The cost of continuing to run a 50-year-old lift is higher than for a 30-year-old lift,” he says.

Even with the new and rebuilding business, lift manufacturers are looking for projects beyond winter, and beyond resorts. Doppelmayr is currently building at the Oakland Zoo, slated to open in late spring.

Kavanagh notes that Sun Kid is getting inquiries from golf courses in Europe, on hilly courses, as well as “people-moving in general at a variety of resort types.” And it has developed a separate division to design and build summer attractions.

But let’s keep it real. “We’re searching for business outside the industry, but skiing will remain our core business,” says Spear. Sounds about right to us.