Cloudy, With a Chance of Collaboration

“This weekend, we expect a winter storm to impact the area, leaving behind several inches of snow, so everybody should plan to hunker down and not leave the house unless absolutely necessary.” 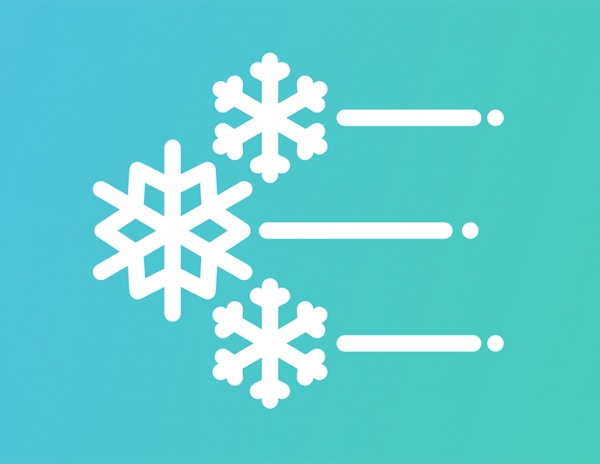 We’ve all watched the news and seen some meteorologists provide this kind of message, and for ski area operators this message is far from ideal. During the winter months, the success of the mountain resort industry hedges on the kind of weather that a number of broadcast meteorology experts portray as being dangerous, miserable, and flat out inconvenient. And let’s face it, the trusted men and women who deliver these forecasts on a daily basis play a major role in forming the opinions of viewers, and ultimately the travel decisions those viewers make.

While winter weather certainly isn’t optimal for many who live in temperate climates, the fact is, it’s inevitable. And for some people, it’s preferable. In an ideal world, the expert opinion-makers who populate our television screens would strike a careful balance of helping viewers prepare for the worst, but offering insight into how to enjoy snowy weather.

In a way, that’s the genesis of the SnoCountry Weather Summit, scheduled for April 1-3, 2016 at Killington, Vt.

“Our goal is to establish a more consistent line of communication with the meteorologists. This conference was designed to create an event that would be appealing to them, invite them to come to ski country for some networking, recreation, and professional development, all blended together,” says Tom Meyers, marketing director at Wachusett Mountain. Meyers, along with Rob Megnin from Killington and Bill Quigley from Gunstock Mountain, spearheaded the effort to organize the Summit.

This group of ski resort marketers first got together when Bernie Weichsel, owner of BEWI Productions, put out an APB to anyone involved in the Northeast ski business—ski area operators, retailers, equipment manufacturers, and more—to convene for a promotional initiative dubbed “Hearty New Englander,” a moniker that has since been changed to the more prosaic “New England Growth Initiative.”

One of the primary purposes of this gathering was to come up with ways the industry, as a whole, could work to combat some of the negative perceptions broadcast media were creating about winter.

Following the largely inconclusive subsequent conclaves attended by a variety of industry marketers, one thing was agreed upon by the majority—let’s get all these meteorologists together in one place to share ideas, express concerns, educate each other, and develop relationships. A mutually beneficial gathering of the minds.

The snowball started rolling in early December, when organizers began sending out different communications about the event. “We’ve sent portfolios to the National Weather Service, The Weather Channel, and other organizations of that stature inviting their experts to come speak at the Summit,” says Megnin.

A survey letter was also sent to a select group of broadcast meteorologists in the Northeast. The purpose of the seven-question survey was to garner feedback that would ultimately help build the Summit’s agenda. It wasn’t long before the organizers got responses.

One of the first to provide feedback was Pamela Gardner, meteorologist for WBZ-TV and WSBK in Boston. When asked, “If you were to gather with a bunch of ski area operators, what would you want to learn from them?” She answered, simply, “I want to learn what tools they use to figure out how much snow to make, or when to turn on the snow machines. This year, the snow machines may be necessary, thanks to El Niño.” That answer was punctuated with a frowny face emoji. Oof.

Hayley LaPoint, meteorologist for WMUR-TV out of Manchester, N.H., provided similar feedback: “Here are the questions I’d ask: How are you making snow, when are you making snow, and what weather conditions are you finding more favorable for snowmaking?” Hmmm, these answers suggest there’s an educational opportunity here.

Another refreshing part of LaPoint’s answer was, “I would like to know what we can do to help them. Do our ski reports accurately portray conditions for viewers? What type of recommendations can we provide viewers to make them more comfortable while skiing or riding, particularly on very cold days?” High fives, Hayley. You just made some friends in the ski industry.

SnoCountry is the title sponsor for the inaugural Summit, which Meyers says was an important component to the event, because SnoCountry “acts as a voice for the ski industry.”

SnoCountry’s Tom Horrocks says, “This event will be an opportunity for meteorologists to get together with resort operators and communicators. But most importantly, provide meteorologists the additional tools that they can use to further enhance their forecasting for mountain areas throughout New England.”

About 25 years ago, when Meyers was the marketing director for the Vermont Ski Areas Association, he spearheaded a similar congregation of weather experts, which took place at Sugarbush. He said it had moderate success for a couple of years, but for some reason fell by the wayside.

There’s ample reason to hope that fate does not befall the current effort. Meyers shares a story that explains why it’s needed:

A few years ago, there was an impending arctic blast about to roll through the region. The chief meteorologist for a Boston news station actually went on television and said, “Don’t leave your house!” Then, the words “Too cold to ski” appeared across the weather map, spelled out in letters that looked like icicles.

That guy’s invitation is in the mail