Performance, demo, and backcountry rentals are helping to fuel growth in rental overall, according to a recent survey conducted by SAM Magazine and Snowsports Industries America (SIA). More than 170 respondents from resort-owned, mountain, and urban specialty shops chimed in on trends in equipment and the general rental market. 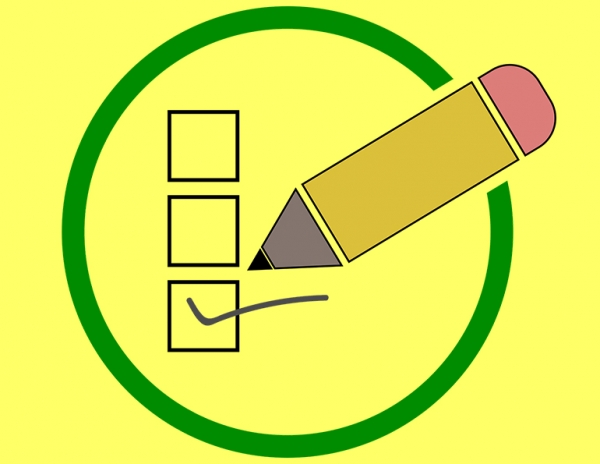 Rental business continues to expand. Similar to last season, 42.6 percent of respondents say they plan to expand rental inventory, while 52.6 percent will keep numbers about the same. Much of the expansion will be in the form of higher-end performance fleets and demos, which continue to be in demand from East to West. This was by far the most-noted trend among survey respondents, many of whom now consider high-end rental options a “need” rather than a luxury.

“Being able to provide guests with the latest and greatest performance gear instead of stuff that’s a couple seasons old is something guests really value,” says Kyle Boegel of Silver Star Mountain in B.C., Canada.

The trend toward higher-quality base fleets is in keeping with recent years. “Base skis are now comparable to demos of old,” says Tim Kohl, program manager for the SARA-BP resort buying group. “Today, a good skier could go out on base rental skis and have a great day.”

There’s also a movement toward “bigger than ever” demo fleets, and not just in destination areas. Some shops offer unlimited swapping, providing opportunities for guests to try as many as four pairs of skis a day.

There are various explanations for these shifts. One is that higher-end gear is now available when it once was not, appealing to a slice of renters who will always pay more, simply because they can. Kohl estimates that about 10 to 15 percent of renters will upgrade no matter what—these are folks who always choose the best-available option.

Changes in consumer behavior relative to how they use equipment also influences the trend. Gone are the days when the same pair of skis was used for all conditions. Renters now expect different skis for different conditions, in all regions of the country.

There’s also a self-perpetuating cycle at work. Customer demand for performance demos has spurred manufacturers to improve products. That encourages more skiers and riders to rent performance gear, thus creating a need for even greater availability of performance rentals at resort shops.

“Shops used to order the cheapest skis no matter what,” says Kohl. “Then a few of the manufacturers really modernized the rental program for skis, boots, and bindings into ‘systems.’ Then, they got better base-level rentals and created demand for that. Now, there are many fleets with a high percentage of demo skis.”

Increased airline baggage charges also mean that more people are traveling with boots only and renting on arrival.

All this is good news for the ski industry, which has had to find ways to increase revenues even as visits remain flat. High-end rentals are part of that, along with increased lift ticket prices, paid parking, and other changes implemented in recent years.

The percentage of shops offering ski and snowboard rentals (both around 90 percent) is in keeping with the prior season. However, several rental operations noted a “sharp decline” in the snowboard market. It’s unclear whether snowboard rental numbers are really decreasing across the board, or only at certain shops. Those located in snowboarding hotbeds still do a brisk snowboard rental business.

“In certain markets, snowboarding is the winner of everything,” says Kohl.

An increasing number of shops are adding season-long lease programs. This is not a new idea, but some of the implementations are: increasingly, programs allow customers to swap out rental gear throughout the season, or to store rentals on-property at a resort.

The trend is more apparent at non-resort-owned specialty shops, but the season-long rental concept has piqued interest industry-wide, in the U.S. as well as many shops in Canada. This trend looks to become more prevalent among both kids and adults.

Nearly 80 percent of survey respondents rent helmets—no real surprise there. But an emerging and somewhat surprising trend is the growing number of shops, particularly in metropolitan areas in the Southeast, that are offering clothing rental—and not just the customary pants and jackets. Rental goggles, base layers, gloves, and even socks are becoming more prevalent. Though less common in the West, one Colorado Springs, Colo., service, GetOutfitted, even offers clothing rental delivered to hotels and condos at destinations across the continent.

This latest development is in keeping with ski rental trends: There seems to be an upswing of people who don’t own any equipment or soft goods. This may go hand-in-hand with an increase in those viewing skiing as “just another activity” versus a lifestyle, or those who have neither the space nor the cash to own and store a quiver of sporting gear.

These are tracking well in some regions, most notably at specialty shops. Among the 125 who responded on the topic of backcountry rentals, 17.2 percent rent alpine touring skis as well as AT boots (12.6 percent), AT bindings (10.2 percent), skins (13 percent), beacons (9 percent), splitboards (7.6 percent), and Avalung devices, shovels, probes, and other backcountry necessities.

Several shops in the survey noted that online pre-rental registration remains on the upswing, and shops continue to search for a well-rounded software program to make the rental process—waivers, fittings, automated inventory control, etc.—easier. With so many components to the rental process and transaction, though, many operators find a simple, quick, and comprehensive solution to be elusive.

As manufacturers put more emphasis on gear aimed at resorts, more rental outlets are popping up at ski areas. This, combined with a decline in the number of urban and suburban shops, is shifting rentals toward resort operations. In fact, 48 percent of respondents to the survey were resort-owned shops, and several of those shops are new.

Snow King, Wyo., is one resort that opened a rental shop this season. Ted Kyle, manager at Snow King Sports, says the shop is the ski area’s first. It opened this season as part of a multi-phase resort expansion. “We have never had our own retail or rental shop, so when the space became available in the nearby Snow King Hotel, we jumped on it,” says Kyle.

So far, according to Kyle, it’s paid off: “By positioning ourselves as part of the overall Snow King experience, we have surpassed our target goals for rental numbers.” Plans are in the works to add additional resort rental outlets.

Just as ski resorts vary from mom-and-pop operations to mega resorts, so does the growing range of rental services, from bare bones to deluxe. It’s all about heightened customer service: ski rental delivery, season-long rentals with on-site storage, high-quality base fleets.