Time for a Guinness

The Guinness Book of World Records is still evaluating the results of the World’s Largest Lesson (WLL), which drew about 6,000 first-time skiers and riders nationwide—not all of whom will count toward the official tally, as some didn’t meet the Guinness verification requirements. But records were still set, not the least of which was the all-time high level of enthusiasm it generated for January Learn to Ski and Snowboard Month (LSSM). 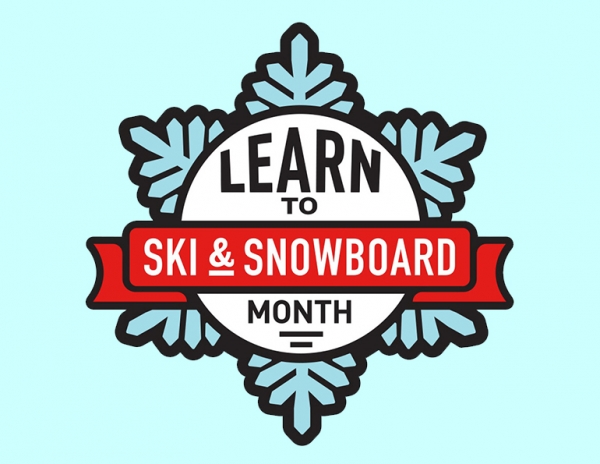 “The concept of the world’s largest lesson was hugely successful in engaging people, much more so than just learning to ski or ride,” says Dave Tragethon, VP of marketing and communication at Mt. Hood Meadows, Ore.

The record attempt on Friday, Jan. 8, attracted 196 newbies to Mt. Hood Meadows—equally divided between snowboarders and skiers—who each paid $20 for a package that included a two-hour lesson, rentals, lift ticket, and chance to be part of the Guinness Book of World Records. “It was a gorgeous day, ideal for a first experience,” says Tragethon.

The record-goers also got the chance to upgrade into two more lesson packages for $74 (regular three-day package $139). By month’s end, many were already past the second lesson.

Even in the snow-starved Northeast the record attempt was hugely successful, and a much-needed morale boost for staff. Mountain Creek, N.J., which did not open until Jan. 6, attracted more than 200 for the record attempt—the largest turnout in the country.

“We decided to make it fully accessible to everyone, and made it free,” says Sara Hazen, senior director of marketing and sales. “We wanted to get as many people as we could to experience skiing and snowboarding.”

The diverse crowd of new skiers and snowboarders who participated also received a thank-you voucher, offering an upgrade for two more lessons for $75 (regular three-day package $129).

At Wachusett Mountain, Mass., the record attempt attracted 110 newcomers who each paid $30 for the day. “We were thrilled with the response,” says marketing director Tom Meyers. “We wanted to structure it very economically, but not make it free. To draw out over 100 on a Friday was incredible.”

The resort’s normal single-day package is $99, and participants were offered an upgrade into two more lessons for the discounted price of $100 (regular three-day package is $199). Another major benefit of the day, according to Meyers, was the morale boost it gave to a staff hit hard by the record warm early season. “Everybody played a role—rental, ski school, customer service,” says Meyers. “Up to that point, everybody was a little beat down.”

Wachusett is already discussing a different record attempt, possibly even this season. “The single venue record is 500,” Meyers says. “Maybe we can figure out a way to do our own.”

Hugh Reynolds of Snow Operating, who dreamed up the record attempt as a way to kick off LSSM, says he was “blown away” at the way the event took off.

“As an industry, we gave more than 6,000 first-time ski and snowboard lessons that day,” he says. “Our original goal was to have at least 100 resorts participate—we wound up with 164. The amount of media coverage was overwhelming. The whole purpose of the event was to get the entire industry talking about getting outside in winter, and using it as a kickoff to January Learn to Ski and Snowboard Month. It was an overwhelming success.”

Just ask Harley Johnson, snowsports university director at Smugglers’ Notch, Vt. “Everybody who came had an awesome time,” she says. “The energy was great.”

Smuggs’ had 25 newcomers pay $10 each for a lift, rental, and lesson package, and sent everybody home with a voucher to come back and pay $49 for another lesson (regular $99).

In the Pacific Northwest, Mt. Ashland, Ore., provided 23 free lesson packages on Jan. 8. “I think we did convert some people who will become skiers and riders for life, which is what it’s all about,” says general manager Hiram Towle. “We are definitely seeing a big uptick in the number of new participants.”

Reynolds says record-day participation was higher in the East than West, but Utah had a strong showing, according to Raelene Davis, VP of marketing & operations at Ski Utah. Seven Utah resorts (Alta, Snowbird, Brighton, Park City, Sundance, Deer Valley, and Solitude) hosted more than 500 fourth, fifth, and sixth graders on the record day, providing transportation and a free lesson package to the youngsters. “We had a great diversity amongst the participants, which is always nice to see,” Davis says.

For the seventh straight year, Utah resorts all offered a standard lesson package ($45) in January, with the goal of giving 10,000 beginner lessons during the month.

Smuggs’ included a pair of skis and bindings, and a coupon for $100 off ski boots, for anyone who completes its three-day “learner’s permit” package ($299). It has been a big hit. “We’ve sold a lot more learner’s permits this year than last,” Johnson says. “People are excited to get the skis.”

Mountain High, Calif., had such great response to its January learn-to offer that the area had to pull back on it. For the LSSM promotion, Mountain High offered a first lesson for $85, and the second and third lesson free. When 750 people purchased the first lesson for the first half of January, the resort had to schedule the return lessons to midweek days.

“El Niño means a lot out here,” explains marketing director John McColly. “It’s drummed up a lot of enthusiasm so people are coming to the mountains to enjoy the snow.”

At Schweitzer, Idaho, first-timer lessons were up more than 50 percent for its January promotion, which offered the first lesson day for $39, and two subsequent “anytime” days for $60 each. Many had already returned for day two during January. “We are seeing significant growth in those packages,” says Terry McLeod, snowsports manager.

McLeod credits El Niño, the national LSSM message, and a new marketing push at his own resort for the success.

Wachusett is also ratcheting up its marketing around “come back” programs this year, with free cider donuts and half-price three-peat cards that include free rentals for those who complete the resort’s three-day lesson program. “We are trying to better inform all beginners of these options,” Meyers says.

Wachusett partnered with Head to offer beginners a coupon for $100 off a ski boot purchase. “It’s all part of our ongoing effort to build conversions,” Meyers says.

Mt. Hood Meadows is using social media to push the conversion message. In January it ran a Facebook contest to win a free “learn together” package for two. Respondents had to tell why they or another twosome deserved to learn to ski or ride together. “I expected maybe a dozen responses,” Tragethon says. “We got over 100! I think the dynamic of learning together has a lot of stickiness to it.”

Mt. Hood followed up that promo with a Facebook shot of an extreme skier flying off a cliff and the words of Warren Miller (paraphrased): “The first day I learned to ski was my first day of total freedom.” The picture and quote generated 24 comments, all of them from people describing their first day of skiing.

“We didn’t prompt them. They just shared and commented on the photo and the quote on their own,” Tragethon says. “I think that has more impact than me, the marketer, telling them how great skiing is.”