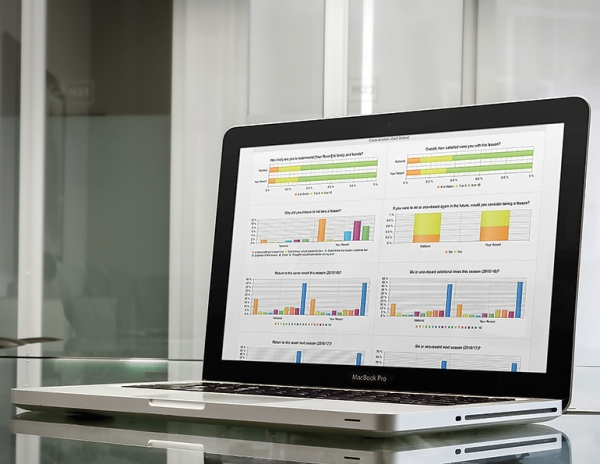 At the close of a skier or snowboarder’s very first day on the slopes, when that person reflects on what was likely an odd and foreign experience, what factors are likely to inspire he or she to come back? What negatives will keep this first-timer from ever putting on boots again?

The questions are not new, of course. But there is a new way to find the answers. In 2014, NSAA launched the Beginner Conversion Study, which serves first-time skiers and snowboarders regularly scheduled surveys that span several years, to track their participation in—or dropout from—our sports. While the study has amassed only two seasons of data, the results are already showing promise.

“The good news already is that after year one, we started to see some really interesting things, and the same things for year two. Ideas or notions from the year one study we are confirming with the data [from year two], with other data shifting as we learn more,” says Rob Linde, the director of business development for RRC Associates, which is conducting the study. “If the industry can focus on one end of the pipeline of trial and conversion, then we will hopefully mitigate some of the drop-off from the sport that we have been projecting.”

One encouraging finding from the survey is that most first-timers have a positive experience. “Over 60 percent of people coming into the sport are scoring a 9 or a 10 on having an exceptionally good time. That’s really encouraging,” says Linde. Most people, it seems, can appreciate the pure joy and thrill ingrained in skiing and riding. The challenge is to uncover the factors that prevent many of these folks from becoming lifelong participants, and removing as many barriers as possible.

About 60 resorts have signed on to be a part of the study, each paying $2,500 to participate. (Some state and regional associations, as well as SNOW Operating, have paid a portion of the fees for their members/clients.) To date, the participating resorts are mostly located on the East Coast and in the Midwest, but some West Coast resorts are involved as well. NSAA and RRC aim to grow involvement from the western regions in the next few years.

The concept is simple enough. RRC Associates collects names and emails of newcomers from participating resorts, and sends them a survey about their experience and intentions. The emphasis is on what brought the first-timers into the sport, their likes and dislikes, and the barriers that existed prior to them trying the sport. In subsequent years, the same people are asked a different series of questions for the second year, and so on. NSAA and participating resorts hope the data will prove a valuable resource and provide insights into what they can do to keep skiers coming back. And in the long run, that could well increase the conversion rate from its current 17 percent.

How does the study help an individual area? The cumulative data from the study paints a nationwide picture for what is happening in trial and conversion, which can be compared with individual resort performance. The data is easy to access and use for this purpose.

The key component for each resort is a custom “dashboard” that provides metrics and data on dozens of factors that impact conversion, both for the resort and the industry as a whole. There are 45 charts and graphs made available to the resorts based on the data from the study. It’s possible to compare a resort to the national averages at a glance.

This info is mainly related to the areas of conversion over time, aggregate conversion, participant demographics, participant intent to return, the factors that influence their experience and intentions, and more.

“We are pretty obsessed, as a learn-to mountain, to offer the latest and greatest techniques in increasing conversion rates, and this study will hopefully move us toward that,” says Kris Blomback, general manager of Pats Peak in N.H. He calls the dashboard “a great tool.”

“The first step to achieve any sort of goal is to start collecting data and measuring, as best you can, the entire process,” he says. “The results may or may not support the actions we’re taking or providing, but we’re thick-skinned and want to know the good, the bad, and the ugly. We are looking for the outliers and trying to figure out if it’s a one-off thing or systemic issue that needs fixing.” The results have been mostly positive, he adds.

One discovery: “We need to set up correct expectations for what their day is going to be like,” says Blomback, having seen that some guests are hoping to be great skiers right off the bat. “In addition, we need to break down all possible barriers to the learning process. We hear feedback on time poverty being as much of a factor as financial constraints for first-timers.”

“What we’re learning is how we reach the customer,” says Wachusett Mountain, Mass., marketing director Tom Meyers. “We can use the data to better target our customers. That’s what you need to do to break through the clutter.”ata first, and see how we overlay against the other mountains. That’s helpful. As the database builds the data will become more useful. We’re not crunching the numbers every day, but making the study more and more a part of how we make decisions.”

The study expands on what the resort was able to do in the past, he adds: “We’ve collected our own data on an annual basis, but never were able to measure it over more than one year. The study gives us a baseline to see the impact of our beginner programs. We can see a path now.”

Ski resorts have long embraced the challenge of enticing first-timers to make snowsports a lifelong endeavor. Some argue it is harder now than ever. Money, increasingly busy schedules, competition from myriad other activities, and the investment needed to push oneself to learn a new skill have all been cited as reasons for the low 17 percent conversion rate. The Millennials’ aversion to car ownership is yet another challenge.

Linde believes even increasing the conversion rate up to 20 percent would have a lasting impact, and is a realistic improvement that the industry can work toward. “What we haven’t done is truly create a measurement stick to look at the conversion component, focusing in on the beginner. Why do they continue with the sport? Why do they drop out of the sport? These are the main tenets,” he says.

Even though looming challenges exist in the ski world to retaining beginners, Linde believes the ski industry is doing a far better job at keeping an eye on the first-timers than other sports. “Other industries look at holding on to the advanced person, and they forget about feeding the pipeline. The ski industry has been very thoughtful and forward thinking in our approach to look backwards and feed that pipeline.”

The current study is assisting this thought process. Meyers is keenly interested to discover what it takes to convince beginners to continue in the sport, and believes the study can aid in this. “We will continue to explore what ‘added value’ items we are providing our beginner participants to make sure we are maintaining enough incentives for them to continue with the sport,” he says.

Although the study has been gaining some traction after RRC’s presentation at the 2015 NSAA National Convention, and the initial feedback and findings are promising, it is the coming years that are most exciting to those involved with the study.

“What we are getting even after year two is still an opaque picture, and somewhat clouded as to the long-term answers and solutions,” says Linde. For example: for those who stay with the sport, the instructor is the biggest single influence. And for those who are one and done? The instructor, again, is one of the top reasons for not continuing. That being the case, how can resorts help instructors improve?

RRC hopes the program will continue for at least a decade in order to garner the most beneficial results possible, but believes that after four to six years, a better grasp of how many people are dropping out will begin to form.

As with anything ski-related, the fluctuations of weather will influence results and participation numbers. As a case in point, with most participating resorts based in the East, which suffered a very poor 2015-16 ski season, the beginner feedback will be skewed to represent the poor snow conditions. And sometimes, weather is all that matters.

“I don’t care how many barriers you remove for the beginner skier, or how easy you make the process of getting on the mountain, if it’s pouring rain the first time someone goes skiing, that person is not going to have a good time,” says Blomback.

RRC plans to present findings from the second year of the study at the 2016 NSAA National Convention in Nashville, Tenn. But Linde can’t wait to share one encouraging finding already: the main reasons and motivators for trying the sport are that newcomers want to join family and friends who already ski and snowboard.

“We’ve always thought people get into the sport because of friends and family. This study is already starting to confirm that,” says Linde. Also, the sports’ social aspects remain important. And as Americans, and Millennials, increasingly favor experiences over possessions, that’s a very good thing.