QUESTIONS (AND ANSWERS) ABOUT LIFT SAFETY... VAIL RESORTS: HOW BIG CAN IT BECOME?... WARREN MILLER: THE FREEDOM OF SKIING... JAY LOOKS AHEAD DESPITE EB-5 WOES... CHANGES IN STORE FOR SIA SNOW SHOW 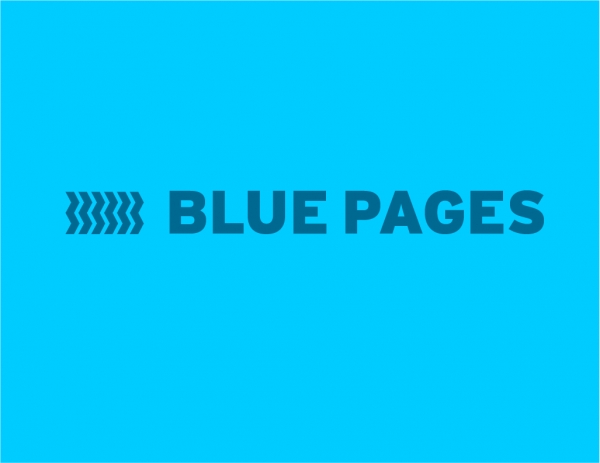 QUESTIONS (AND ANSWERS) ABOUT LIFT SAFETY
Last spring, ski industry experts received phone calls from a writer doing a story about ski lifts for Outside magazine’s online outlet, asking about the age of lifts, maintenance, oversight, and safety records. Many suspected his story would be critical of the industry’s aging lift infrastructure and began anxiously anticipating the story to appear. In early October, it did: “Is Your Local Chairlift a Death Trap?”

Knowing the story could churn up media attention and phone calls from concerned guests, NSAA sent a letter to member resorts, highlighting facts and figures about the industry’s lift safety record, and providing tips on how to handle questions. But initially, public reaction was muted.

Sure, the story made the rounds on social media, but not in the internet-breaking, Kardashian-esque manner folks anticipated. Many commenters weighed in on some of the article’s inaccuracies, even calling it misleading, while a few others trumpeted it as a needed call to action. But the story came and went quickly.

The story did get some key points right. As the writer conceded, “mechanical lift failures remain exceedingly rare in the United States.” But ski lifts at U.S. resorts are aging, and require more maintenance as they do. It might take only one incident for the story to resurface; it lives online and could be a resource for future reporters.

So keep up your maintenance programs, and have those talking points handy.

VAIL RESORTS: HOW BIG CAN IT BECOME?
How big will Vail Resorts be with the acquisition of Whistler Blackcomb? Simply Uuuuge.

It was less than 20 years ago that ski resorts in the U.S. were cumulatively referred to as a “$2 billion industry.” As in, every ski area, big and small, from coast-to-coast, saw total revenue of about $2 billion.
Vail Resorts, all by itself, could equal that number in a few years.

In September, VR reported annual earnings for its Mountain segment, which includes nine destination resorts, of $1.3 billion. And that was before the acquisition of Whistler Blackcomb, which VR completed in October. Since WB’s total revenue for the nine months ended June 30 was $278.7 million, Vail Resorts properties would have put roughly $1.6 billion in revenue on the books, had WB been part of the company last season.

With Epic Pass sales and revenues on pace for about 20 percent growth this season—and with WB joining the Epic Pass empire for 2017-18—VR could hit the $2 billion revenue mark in just two or three years.

WARREN MILLER: THE FREEDOM OF SKIING
After a 55-year career as a globetrotting ski filmmaker and raconteur, Warren Miller still has a few tales to tell. The 92-year-old’s memoir, “Freedom Found, My Life Story,” provides a behind-the-scenes look at his life and times in the mountains.

As he always did, Miller lays it on the line. This first-person ski history chronicles the lifestyle, nonstop travel, financial disasters, family regrets, lasting friendships, and many adventures that defined his career. It’s the tale of a man who did it his own way, who wanted to make people laugh, inspire them to ski, and perhaps to think.

In the early years, he did all or most of the filming himself. He was self-taught and a true entrepreneur, and proved a master storyteller. In the 1950s and ’60s, Miller was a one-man show, presenting his film in person to dozens and dozens of audiences annually.

Today, the ski film genre has evolved, and the annual Miller tour has more competition. But Miller’s films defined the ski season for several generations of enthusiasts, and this book does much to explain why the fascination lasted as long as it did.
We’ll give Warren the last word: “Today, so many years later, people still stop to tell me how they grew up watching my ski films,” he writes. “The ski season did not start until the local ski club or ski shop rented the latest film for its town. They will tell me how I used to walk out on the stage and introduce the film in their city, and they can remember the sound of my voice and seeing my bald head shining from the corner of the stage. I’m lucky they remembered it: They all helped support my lifestyle!”

The entire 512-page adventure ($30) is available, appropriately enough, directly from Warren Miller Co., as well as all the usual local, national, and online outlets.

JAY LOOKS AHEAD DESPITE EB-5 WOES
What’s up at Jay Peak, in the wake of its owner’s EB-5 fight with the SEC and oversight by a government-installed receiver? According to GM Steve Wright, business is actually quite good.

That said, the saga of the resort’s former owner, Ariel Quiros, and former president, Bill Stenger, continues in Miami federal court. The two have taken decidedly opposite approaches to the SEC’s accusations of their alleged misuse of $200 million raised through the EB-5 economic development program, which fueled Jay’s expansion.

Most fingers have pointed at Quiros as the primary offender, but he has consistently denied all accusations of wrongdoing. In contrast, Stenger has cooperated with authorities throughout. He remained full-time at Jay Peak to help manage resort operations until early September, when the receiver announced Stenger’s departure.

That came after Stenger reached a partial settlement with the SEC. It states that Stenger, who has denied having any knowledge of the alleged misuse of EB-5 funds, cannot admit or deny allegations that he violated securities laws, and he is barred from participating in the EB-5 program. He could still face a civil penalty. Stenger also agreed to cooperate with the receiver as part of the case against Quiros, and could testify against him in a future civil trial.

The rest of the tangled web includes lawsuits brought by foreign investors who put their money into the EB-5 program and delays for other EB-5 projects in Vermont, a ripple effect from the alleged fraud at Jay.

All the while, Jay Peak continues to operate. Season pass sales have been relatively strong, considering last year’s snow drought. In an interview with SAM, Wright said, “I think everyone is now focused on the season coming up.” As always, good snow can make bad memories disappear in a hurry.

CHANGES IN STORE FOR SIA SNOW SHOW
Following the retirement of longtime president David Ingemie last spring, the SIA Snow Show is poised for a few new wrinkles in 2017. Under new president Nick Sargent, SIA is exploring ways to make the gathering more efficient and effective. But some of Sargent’s more ambitious plans will have to wait a year, as the organization has been dealing with a variety of transition issues.

Biggest of these were the relocation of the SIA offices from McLean, Va., to Park City, Utah, and cutting the staff from 28 to 10, give or take. With fewer faces, many of them new, the show can manage only so much change this year.

New marketing director Todd Walton says the organization will gather intel at the show on the future of the industry and how SIA can best serve members and other players, including resorts and younger shop staff. In short: SIA aims to rethink the way it supports members and the growth of the industry, and encourages Americans to get outside.

To that end, the new regime plans to embrace winter activity broadly. People do a variety of outside activities in winter beyond skiing and snowboarding, from ice climbing to shoveling the driveway. These could help SIA broaden its retail base.

SIA is also eyeing the summer market. Walton refers to both resorts and winter-oriented retailers as “omni-season businesses,” and the organization wants a role in developing the year-round opportunities.

That would seem to overlap with the Outdoor Retailer summer show audience; OR’s winter show has been competing with SIA for decades. Will that competition heat up further? Watch for signs.