Pass sales are up in the West, and middling elsewhere. 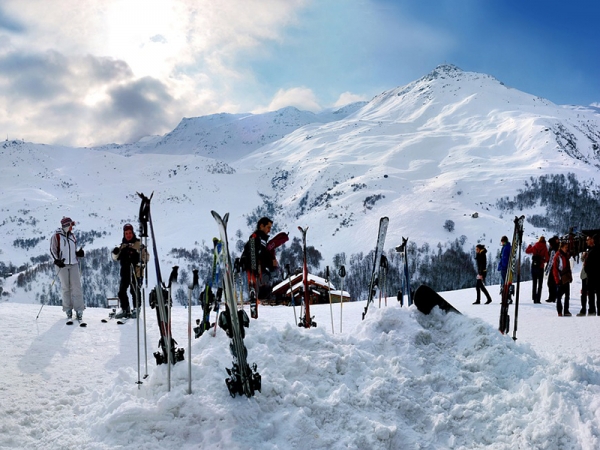 Following a bad season two years ago, Stevens Pass, Wash., could hardly give away a season pass. After last season’s return to normal snowfall (460 inches), the resort sold more passes during three days in March 2016 than during all of its spring pass sale two seasons ago.

Even with deep discounting, season passes were a hard sell after the bad snow year. Not so this fall. Prices are up and so are sales. “The momentum is carrying over,” says Chris Danforth, VP, sales and marketing. By the end of September, pass sales were up 18 percent YTD over 2015.

“I think we have a halo over us,” says Greg Ralph, director of sales and marketing at Purgatory, Colo. After another record season statewide, Colorado’s halo is glowing brightly. Ralph says pass sales at Purgatory were up 20 percent YTD. “Reservations on the books for winter travel, all the indicators, are strong,” he notes.

In the middle of the country and back east, where many resorts did not open until January, last season has left a hangover.

At Snowbird, Utah, “All markers and categories are doing well for us as we look into winter ’16-’17,” says VP of resort operations Dave Fields. On the heels of a $35 million investment, “Our group business has really picked up,” he says. “Meeting planners like what we’ve done to the property. The new summit restaurant at the top of the tram is very popular. If the group business is good and the economy is firing on all cylinders, then everything works.”

This will be the second year kids 10 and under ski free at Crystal. “We did see an increase in the number of youth tickets, and assume there was a big increase in families because these kids and youth are not skiing alone,” Enger says.

Stevens Pass was so busy at peak times last season the resort adjusted its pass offerings for this season, scrapping its midweek pass for a “select” pass, good seven days a week—but only after 4 p.m. on peak days.

“Some weekends and holidays, there was nowhere to park last season,” Danforth says. “We adjusted our products to fit these demands. We wanted to provide a value-priced product [$389], but put people in times when we had enough bandwidth to host them and ensure they have a good time.”

East of the Rockies, it’s a different story.

Early pass sales were down at many resorts east of the Rockies. “Way down,” says Josh Arneson, VP of sales and marketing at Bolton Valley, Vt., after the resort’s spring pass sale last March. And although sales picked up over the summer, he says YTD sales are still considerably behind. In an effort to spur pass sales, Bolton Valley and a dozen other local family areas from Maine to Alaska tacked on a free “Freedom Pass,” which gives passholders three free tickets at each of the participating resorts.

No word if it’s working, but news of the offer elicited several hundred “likes” on Facebook.

One bright spot at Bolton is groups. “We try to get at least one or two groups per week during the season,” Arneson says. “We’re pretty much there, although we don’t know what the volume will be.” Last season, groups came despite the marginal conditions, but not with the numbers expected.

Pass sales were also lagging those of a year ago (a record at many East Coast resorts) at Sugarbush, Vt., Pats Peak, N.H., and Blue Mountain, Pa.

Despite the slower early pace, Blue Mountain CEO Barb Green feels there is “a lot of pent-up demand after last season.” She says Blue’s K-12 school program, which teaches 4,000 students each winter, is getting requests from more schools, with more buses and more students per bus. Blue held the line on prices, but changed its youth age from under 21 to under 12.

Others saw positive signs, too. “We’re not seeing early reservations like previous years,” Dekema says. “That said, the peak of the season between Christmas week, January, and February holidays are all filling in. The tentativeness is around the early part of the season.” Snowshoe is using aggressive pricing—up to 60 percent off between Thanksgiving and Christmas—to overcome the early jitters.

Others also report that people are booking farther out than normal. “We’re seeing a lot of reservations for holidays, January MLK, February school vacations, and a little more interest in spring, which is great,” says Darcy Lambert, communications director at Sunday River, Maine. “People are booking very far out.”

Lacasse says the resort already has bookings for spring.

Any hangover from last season at Killington, Vt., has been offset by the women’s World Cup, which will kick off the 2016-17 season Thanksgiving weekend at the Big K. Rob Megnin, director of sales, marketing and reservations at Killington, says that early pass sales were pacing behind last season. But World Cup tickets sold out on the first day they went on sale, and lodging commitments are already near capacity. Twenty-six teams and more than 10,000 spectators are expected, so Killington will bring in extra snowmaking support to ensure great early season conditions before and after the Thanksgiving race weekend.

Beech Mountain, N.C., did not put passes on sale until Oct. 3, but marketing director Talia Freeman feels some good momentum. “Our summer business was way up, and I’m getting a lot of calls about the winter season,” she says, adding that sales of the state’s all-resort gold card were up.

Another sign: employee applications were down. “I think that’s a good indicator the economy is holding strong,” she says.