How to Handle a Labor Audit

Inspections for wage and hour law compliance by state and federal authorities are increasingly common. 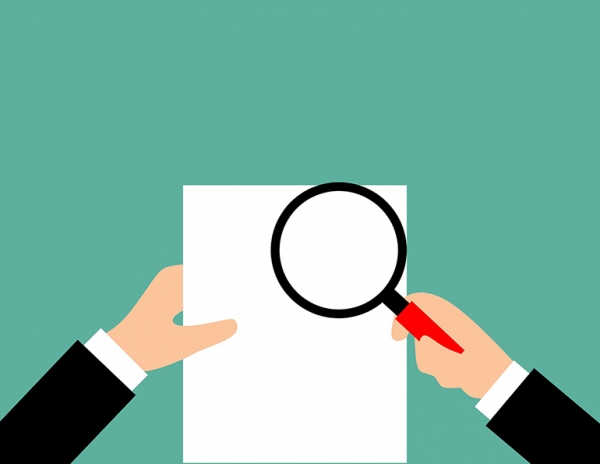 It seems the mountain resort industry is on the U.S. Department of Labor’s radar, as evidenced by the recent well-publicized USDOL audit of three commonly-owned ski areas in the Northeast. The USDOL cited the companies for relatively minor youth employment violations, but the initial fine was nearly $30,000—no small potatoes for small infractions. While those fines were later reduced through negotiations, the sting remained the same. These employers took compliance with wage and hour laws seriously, but a handful of minor technical violations still added up.

In fiscal year 2017, the USDOL conducted audits in workplaces of all types across the country, and found more than $270 million in back wages due to employees. That is in addition to the civil penalties the USDOL often assesses when violations are found, which can range from $1,000 to more than $12,000 per employee, per violation.

Common, Yet Potentially Costly Violations. The most common wage and hour law violations occur in youth employment (e.g. hours, days and types of work); overtime; minimum wage; meal break/short breaks; and improper wage deductions. Employers should pay special attention to these laws and regulations, and follow them closely—that will help avoid an inspection in the first place. It will also reduce the risk of fines and wage claims if you have an inspection or if employees file complaints. If the Inspector Cometh. Most spot inspections take no more than a few days to complete. Audits that are in response to a significant problem (e.g., failure to make payroll) and/or are wider in scope can take several days to even a few weeks.

Audit Time. If the inspector takes more than a few days, start to worry—unless you have a significant number of employees, have been through a merger in recent years, have more than one location, or your payroll and other records are off site or out of state. All of these can create delays in the audit process.

Dealing with the Inspector. As in all areas of life, first impressions matter. The way in which you interact with the inspector, especially at the outset, can have an impact on the outcome of the audit. The following points can guide your conduct should an inspector show up at your place of business.

Trust But Verify. If an inspector appears and asks to see the owner or general manager, it is important that you are respectful, cooperative, and provide access to the person in charge. If the requested company leader isn’t there, get the next person in line in management. You can ask for identification, but don’t badger or harass the inspector (i.e., don’t say, “That’s not a real badge. My kid has one of those!”). However, you can ask to take a photocopy of the badge/ID for your files. Generally, inspectors don’t initially disclose the reasons they are there beyond “to ensure compliance with applicable wage and hour laws.” During the audit, you may ask the inspector about the focus of the audit. At that point it may already be clear, and sometimes it’s also shared (e.g. a complaint from an employee, an industry sweep on a particular issue, etc.).

Don’t Be a Detective. Do not survey, interrogate, or harass your employees to find out who called the USDOL. That could result in a more aggressive audit and inflexible fines. More importantly, it could result in whistleblower or retaliation claims from employees.

Provide Reasonable Access. Allow the inspector reasonable access to your workplace, documents, and employees. Don’t be difficult or cagey. You don’t have to be a doormat, either. Work with the inspector about a reasonable time for the audit. Refusal of access isn’t an option. Also, inspectors who are turned away with no alternative date/time for the audit will likely return with a subpoena granting them access to the facility, the requested documents, and employees—on their terms, not yours.

Provide Documents. Documents requested as a starting point for a wage and hour audit typically include, but are not limited to:

Cooperate Within a Reasonable Period of Time. Produce the requested documents and information as soon as possible. If any of these aren’t readily available, set a time when they will be. Be realistic, and make sure they are available when promised.

Offer Assistance But Don’t Go Overboard. Offer the inspector a separate, well-lit and well-ventilated room in which to work, with a chair and a table. Deliver all of the requested documents to the room. It’s both acceptable and wise to offer coffee, soda, water, and access to a restroom. The inspector should also not be interrupted unnecessarily during the audit. The inspector may ask for additional documents or information. If so, promptly produce what is requested if possible. When in doubt about the request, contact your legal counsel. Original documents aren’t typically taken off site, though you will sometimes be asked to make copies for the inspector. If that happens, don’t request a fee for the photocopying.

The Audit/Inspection and Proposed Fines Report. When the inspector is finished, he or she will usually leave you with a copy of the Inspection Report. This will include a notice of violations and a calculation of wage adjustments, if applicable. The notice should explain the violations and how to correct the problem(s). You can, and should, ask for an opportunity to correct the alleged violations before USDOL assesses a fine.

Read Before Signing. You may be asked to sign a receipt of the report. This is only a receipt, not an admission of wrongdoing or an agreement to make the proposed changes. If it makes you more comfortable, you can note on the report when you sign it: “This is merely an acknowledgment of receipt of the Inspection Report, and it is not an admission of wrongdoing or noncompliance. This is not an agreement to pay the wage adjustment or civil penalties.”

Pay Now or Later? You can certainly pay the adjusted amounts as ordered and make the changes proposed. However, you should take some time to check the findings and calculations before responding and agreeing to any findings or paying any fines or penalties.

Informal Conference Request. Before you pay the assessed amounts or challenge USDOL’s findings, you can ask for a meeting with USDOL (local Wage and Hour Administrator) to discuss the inspection and findings and to try to negotiate a reduction in fines and penalties. Legal counsel may be present at that meeting, but it is also critical to include a company representative who can address the audit findings, speak to corrective measures that have or will be taken, and who has the authority to settle the case. If the case isn’t resolved and you still object to the findings and fines, the case will usually be referred to the local USDOL Solicitor’s office for enforcement. Of course, if possible, it is better (i.e., less expensive) to resolve the case before that happens.

A Word About PAID. You may have read about the USDOL’s new Payroll Audit Independent Determination or PAID pilot program. Under this program, USDOL invites employers to voluntarily audit their payroll practices and disclose any “non-compliant practices” to USDOL. Those are reviewed and USDOL tells the employer what it thinks the employer should pay. The employer then pays its employees, and in exchange employees sign a release of any FLSA claims against the employer. Participating employers are not subject to civil monetary penalties (only pay wage adjustments) and are not required to pay liquidated damages to employees. This program launched in spring 2018, and reviews from employers and commentators have been mixed because:

• USDOL’s FAQs don’t say what happens if the employer disagrees with its assessment.
• Affected employees may reject the settlement and file suit to collect unpaid wages as well as liquidated damages.
• It is not clear that the releases would also cover wage claims under state law.
• Finally, the PAID program is not available to resolve issues already being investigated by the USDOL or raised in a lawsuit or threatened litigation.

While the PAID program clearly offers some benefits for employers, there are employers who have considered the program and have decided they may be better off conducting their own compliance audits and correcting issues without alerting USDOL or waiting for an inspector to show up.

Be Proactive. Wage and hour audits are increasingly common. The time spent on knowing and complying with applicable wage laws and regulations is time well spent, whether you are the subject of an audit or not.

This outline is intended as general guidance to employers. It is not specific legal advice. Legal counsel should be contacted with any questions.