Despite Epic and Ikon, pass sales are growing at many smaller and independent resorts. 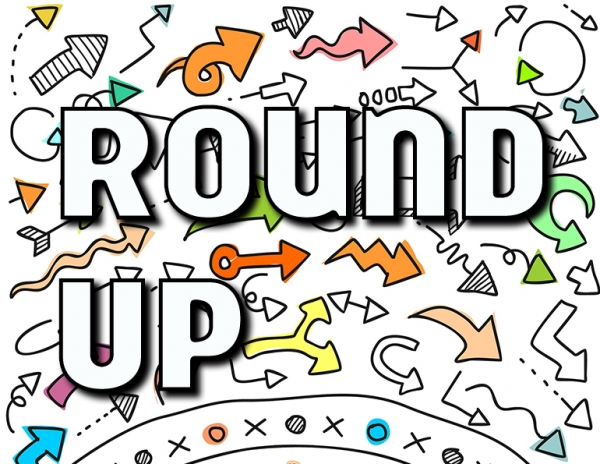 With the entrance of the Ikon and the presence of the other 800-pound gorilla in the season pass market, the question is, “Can all the little guys and independents survive?”

The answer, so far, is an emphatic “Yes!”

One example: Montana’s independent Whitefish Mountain Resort set a record for pass sales this fall, at more than 10,000, 11 percent ahead of last winter—the previous record year—and the area’s third consecutive year of record sales. Prices ranged from $190 for kids to $660 for adults.

At first glance, the opposition appears formidable. Alterra’s new Ikon pass is good at 36 big-name resorts in the U.S., Canada, Australia, and Japan. Vail Resorts’ Epic pass is good at 61 resorts around the world. Both the full Epic and Ikon pass were priced at $899 to start.

Experience, though, is reassuring.

“I don’t think there’s any reason to overreact about what’s going on with Ikon and Epic,” says Troy Hawks, marketing director at Sunlight, Colo. The area is located between Vail and Aspen, and aligned with neither. And yet, pass sales at Sunlight were up 10 percent.

Loveland, Colo., another independent, has had its biggest pass sale ever. And at Ski Cooper, Colo., about 45 minutes from both Vail and Beaver Creek, pass sales were up 20 percent.

“We offer an alternative to bigger resorts. All natural, soft snow, less crowded. People are flocking to that,” says Dana Johnson, Ski Cooper marketing director. “Independent resorts are providing something different, something people are really wanting to find.”

Several independent resorts around the country confirmed that view. And despite price pressure from above, prices are holding steady, and even rising a bit.

At family-owned and operated Shawnee Peak, Maine, with a best pass price of $665, sales were up about 20 percent.

“That’s a big number for us,” says spokeswoman Rachel Wilkinson. “Especially given the less than perfect season we had weather-wise last year. We have a niche here. We’re very family friendly.”

At Maine’s Lost Valley, pass sales were up 10 percent. The resort, which was purchased four years ago by April and Scott Shanaman, has invested heavily in lifts and other upgrades. Its best pass price this season was $349.

“We don’t compete on passes with Sugarloaf and Sunday River [both on the Ikon pass],” says marketing director Travis Dow. “Our whole model is different. Price is part of it, but it’s also about what we offer. It’s about the whole experience, not just how cheap is your pass.”

To compete, Magic this season is introducing a holiday White Out pass, good during holiday periods blacked out by some other season passes. “When everyone is charging the most or blacking out days, we’re giving a nice value over the holidays,” says Geoff Hatheway, Magic marketing director and co-owner. For $199, Magic White Out passholders can ski 19 days during Christmas week, MLK weekend, and Presidents’ week.

“Our normal day price is $74,” Hatheway says. “If you ski three times, you’ve broken even.”

“It resonated with folks,” says Josh Arneson, marketing director. “People enjoy seeing a local family back in charge. They want to see this place succeed. They like to feel tied in to the mountain and be part of our long-term plan.”

Despite downward pricing pressure from Stowe and Sugarbush, Bolton raised pass prices slightly (best price: $529). Even so, Arneson adds, sales were trending ahead of last year.

“We know we have to protect the revenue side to keep the mountain moving,” Arneson says. “We felt there was a little room to increase prices a bit.”

At Winterplace, W.Va., another small, family-oriented ski area, loyalists are purchasing passes (priced just under $600) in numbers equal to years past. “We started selling passes a little earlier this year and are seeing good traction on that,” says Tom Wagner, executive VP.

Hidden Valley, Mo., although part of Peak Resorts’ seven Midwest properties with some reciprocal benefits, is “essentially on our own” when it comes to season passes, says GM Greg Gavrilets.

Despite having to close last season at the end of February, Hidden Valley had one of its best spring pass sales ($369) of the last five years. Gavrilets attributes an overall good season and a new payment plan for the strong sales.

At Mt. Holly, Mich., pass sales (best price: $469) were up 14 percent—“way better than we expected,” says Mark Tibbitts, marketing manager. He credits an improving Michigan economy and strong finish to a somewhat “sketchy” season, weather-wise, for the increase.

“Our biggest surprise was the number of new Millennial passholder buyers,” he says. “We’re encouraged by the number of new, first-time purchases. We feel we’re offering something competitive.”

A League of Their Own

Of course, many independents have formed their own networks to compete with the big guys. Lost Valley, Magic, and Bolton are all part of the Freedom Pass, which offers three free days at each of 19 allied resorts around the country to their passholders.

“We get a few hundred Freedom Pass reciprocals each year from other mountains,” says Bolton’s Arneson. “It’s a way for us to add value. It also helps expose our mountain to others. Branding-wise, the more people who come up, enjoy, and talk about Bolton to others helps us. We don’t have a big marketing budget. Every little bit helps.”

Last season, Loveland, Colo., had 11 partner mountains on its season pass. It upped that number this season to 32. That added value, combined with the installation of the area’s first high-speed lift, led to its biggest pass sale ever—despite a modest increase in prices (best price: $419).

“We’ve been combatting Epic for quite a few years now,” says John Sellers, marketing director. “With Ikon, there’s a lot more noise in the marketplace. It’s harder to get our message out. But those passes are not for everyone. While there’s not a lot of concern, we realize we operate in an extremely competitive environment, and need to keep up with expectations of our customer base.”

At Sunlight, Hawks says the new pass products are “rejuvenating the sport.” He admits they have put pressure on Sunlight and its pricing; the resort held prices (best: $395) and added two dozen partnerships and local discounts.

“That pass has easily doubled this year,” Hawks says. “We have a senior audience here. It’s also popular with young families.”

Not that the 800-pound gorillas are feeling any pain. As of Sept. 23, according to Vail Resorts CEO Rob Katz, Epic Pass sales “increased approximately 25 percent in units and 15 percent in sales dollars,” compared to the year-earlier period, boosted by VR’s new military pass (priced from $99 and up).