Camps on the Rise

Summer camps for families and kids are boosting the bottom line at winter resorts nationwide. 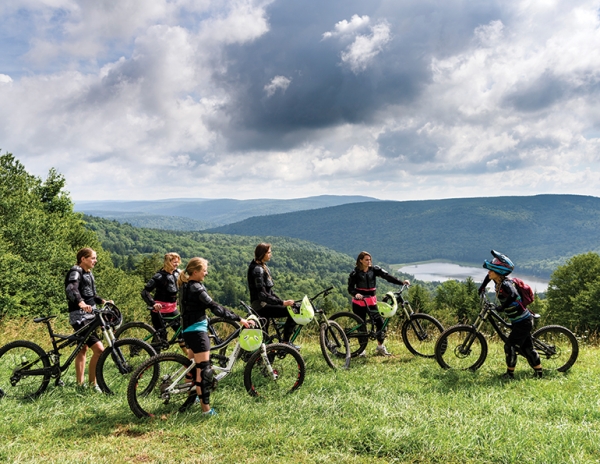 As ski resorts around the country hunt for ways to snow-proof their businesses and expand revenues, as well as use their facilities and provide employment opportunities beyond winter, summer camps, especially kids and teen camps, can be a lucrative option.

As recently as last year, Snowshoe, W.Va., was open only Thursday through Sunday in the summer. “It was a ghost town around here three days a week, and the last month of the season, we were open only Friday to Sunday,” says Shawn Cassell, PR specialist.

This summer, with three new family camps for West Virginia University alumni and free summer kids camps for guests who book lodging through the resort—along with a major new push on mountain biking—Snowshoe will be open seven days a week. “Summer is definitely growing,” Cassell says.

At Sundance, Utah, summer business has already grown past winter. And although kids camps are only a small part of summer business, they are an important aspect of the resort’s warm-weather offerings.

Woodward Tahoe: Camps Galore
Summer is the core business for Woodward Tahoe. Every week for nine weeks, from June 11 to August 12, some 150-200 youth, ages 7 to 17, descend on Boreal, Calif., each week to participate in an action sports camp. “It’s looking like our best summer yet,” adds Matt Peterson, marketing director. Woodward Tahoe, one of four Woodward locations, is in its fifth year. Its nine activity-specific camps include skiing, snowboarding, BMX, mountain biking, cheer, skateboarding, parkour, scooter, and digital media. Camps cost from $899 to $1,799, depending on the sport, with the snow sports costing the most.

“We have to build a glacier,” Peterson says, for the on-snow camps. But after 70 feet of snow last winter, that was less difficult than most years.

Camps run simultaneously on the Boreal campus, with cross-pollination encouraged. “It creates a really dynamic environment,” Peterson says. “Kids come for one sport, meet their hero, learn about another. We hope to keep kids in the funnel—bring winter guests into summer and vice versa.”

New this summer is the Adventure Camp, which Peterson says has “a little lower barrier to entry for youth out of the city into the Sierras. They scale mountaintops, learn all aspects of orienteering, use all Woodward facilities. It ends with an adventure race.”

Currently, participants are skewed toward boys, but Woodward is adding new sports more focused on girls, such as cheer and dance.

The four Woodward sites reinforce one another. “We work really well together. If we’re sold out, we tell people about availability at another Woodward camp,” Peterson says. “Once you’re in the Woodward family, we try to keep you there.”

Whatever Woodward is doing, it’s working. Peterson says Woodward is looking to open three new locations within the next 24 months.

Sundance: Art, Theater, Sport
At Sundance, the pace of its kids camps is a little slower, but with overall summer business eclipsing winter, growth potential appears strong. Just 20 minutes from Provo and an hour from Salt Lake City, Sundance offers arts and theater programs, a spa, and one of the largest zip line tours in the nation (nearly two miles long, with a 2,100 vertical foot drop).

“Kids’ programming is fairly new compared with other activities,” says Josh Wartena, digital marketing manager. “But it’s becoming an important emphasis for us.” The resort offers a weekly day camp for youth ages 4-12 from June 5 to August 4. Each week has a different theme: theater, art, leave-no-trace hiking, etc. “We get a lot of locals, homeowner families,” Wartena says. “We’ve never hit capacity, but we have a few dozen kids every week.”

The area’s teen camp (ages 13-17) is considerably smaller, with just two dates, one for fly fishing and one for mountain biking. “We’re still building out the teen program,” says Wartena.

This summer the resort is partnering with the WVU alumni association to host three alumni camps. There will be two weeklong family camps (one in July, another in August), and a four-day “adventure” camp aimed at younger alums. The resort is working with the alumni association to line up speakers (coaches, notable alumni, etc.), events, and other activities. Cost of the four-day adventure camp is $449 (all inclusive); seven-day family camps cost $845 per adult, with different price tiers for children based on age.

“We have a lot of WVU alumni,” Cassell says. “You see flags everywhere. It’s a relationship we’re definitely building up. About a year and a half ago we started working with the WVU alumni association to offer special access to season passes. If these camps go well, I think we’ll see a lot more of that in winter.”

The camps could also lead to a similar relationship with Virginia Tech; the resort is about 2.5 to 3 hours from each school. “You see about as many Virginia Tech flags on condos as WVU,” Cassell says. “We might start hearing from them that they want a camp, too.”

More generally, Snowshoe offers its Wildcat day camps free of charge to children of guests who book their stay through Snowshoe. The camps, which are broken into different age groups, are open to youth ages 4-15. “Less than half of all lodging here is with our lodging program,” Cassell says. “This is an incentive to stay with us.”

Events are another part of the Snowshoe strategy. This summer, July 18-23, Snowshoe will host the USA Cycling Mountain Bike Championships. Last summer at Mammoth, the event attracted some 5,000 people. “If we get half that, I’ll be happy,” Cassell says.

“We’re trying to get creative in building summer business,” he notes. “We’re trying a lot of new stuff. We’re erring on the side of going too big. If we mess up, let’s mess up going fast.”

Roundtop: Locals and Internationals
At Roundtop, Pa., summer business has been on a steady climb ever since the area put in a ropes course about 10 years ago. From there, Roundtop started a two-week day camp for kids. “We had 72 kids the first year,” says camp director Wendy Frock. Now the camps run from June through August, and attract about 60 campers (ages 8-16) a week, nearly 1,000 altogether.

“In the winter, we’re primarily a day area,” Dudding says. “Only about 10 percent of our business is from out of town. Summer is a little different. This is a big tourism area.” Roundtop is about halfway between Harrisburg and York, Pa., and about 90 minutes from Philly and Baltimore.

“The day camp is primarily locals,” Frock says. “There are lots of grandparents in the area with visiting grandchildren looking for something to do. The residential camps can pull from farther distances. We even have kids from other countries.”

The five-day day camp costs $309 or $379, depending on age. The Sunday through Friday residential camp costs $699.

“The overnight campers stay in our learning center,” Dudding says. “It’s a prime location, even has air conditioning. Pretty cushy for summer camp.”

Crested Butte: Fun and Adventure
Crested Butte’s summer camps have also grown over the years, and now include a day camp for ages 3-14, as well as an Adventure camp for the more rambunctious.

The Adventure camp (ages 7-14) also appeals to both locals and guests. The Adventure camp features a range of activities spread around the valley, such as fly fishing, hiking, mountain biking, archery, zip lining, canoeing, rafting, etc.

The bottom line: kids camps make a lot of sense for winter resorts aiming to increase their summer business.