How one ski area went from struggling to meet staff quotas to selecting applicants off a waiting list. 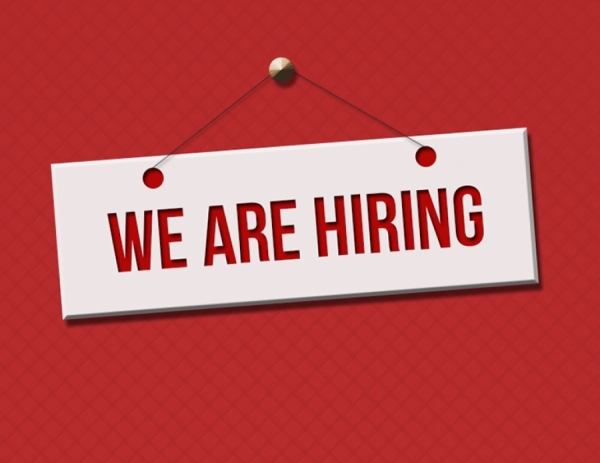 Staffing a ski area for winter can be a struggle. The quotas are usually high, and the pool of applicants is often low. From the ski and ride school to rentals, resorts find themselves too frequently coming up short on staff during the crazy holiday weekends and those unexpectedly, unpredictably busy midweek days.

Not long ago, Blue Hills Ski Area in Canton, Mass., was in this same position. Blue Hills hires approximately 400 people a season and, like many resorts, was experiencing a higher demand for staff than its existing pool of applicants could meet.

Blue Hills’ business manager—and 2017 SAM “10 Under 30” profilee—Molly Ross says, “Finding employees who were willing to commit to us for just that winter season has been tough in the past.” So Ross and GM Vero Piacentini decided to re-evaluate their recruiting strategy.

Their solution was straightforward: the team simply identified the issues that were hindering the recruiting process and came up with three creative ways to solve them, and the results are overwhelming.
What spell did Ross and Piacentini cast over potential Boston-area employees? There’s no magic here—just common sense.

1. Stop Scaring Applicants Away
The ski area needed more employment candidates, but realized that technical-sounding job titles and the dense application process intimidated prospective applicants. So it simplified both.

Ross says, “We don’t put our payroll application on our website anymore, because we found that the more formal process was scaring people off.”

In lieu of a traditional application, Blue Hills now has a nine-question survey that Ross built using Google Forms. It asks about the time a prospective employee is able to commit, whether he or she prefers to be indoors or outdoors, and what “soft skills” the applicant has. As Ross points out, “You don’t need specific training to work at this ski area—we’ll train you when you get here.”

In the past, that was not clear to prospective staffers. The old application form asked people to apply for specific jobs. But applicants were often reluctant to select positions such as lift attendant or rental tech, because they worried those positions required specialized knowledge.

Now, based on survey answers, Blue Hills has the ability to place candidates in the departments and positions where Ross and HR feel they are best suited.

The survey has been an unequivocal success. According to Ross, “We put it up in July 2016, and within that first month or two we saw between 20 to 40 responses from people who had never worked for us. That was huge for us, and it just grew from there in the following months.”

Candidates still have to do a 10-minute phone interview with Ross or HR, and they are asked to attend an on-site job fair and meet department managers. But simplifying that first step has brought a wealth of new people through the door.

“In terms of the responses we received,” says Ross of the survey, “it gave us the opportunity to choose employees, not just fill positions. Some departments have waiting lists.”

2. Adapt to the Data
One of the benefits of building the new hiring survey on the Google Forms platform is data mining. The Blue Hills team can generate analytics based on the survey responses. Most of what they learned wasn’t surprising, but seeing the data through new eyes did help inspire recruitment and hiring changes.

For example, 54 percent of people who filled out the job application survey wanted to work part-time. Blue Hills wanted to provide the flexibility that its employees desired and, with more applicants than ever, the resort was able to increase hiring by about 25 percent. That allowed the area to fill its staffing needs and accommodate its employees’ desire for part-time work.

Based on the analytics, Ross saw that “most of the people that applied [to work at Blue Hills] ski or snowboard.” So, when it came time to recruit new hires last fall, Blue Hills set up job fairs at ski shops from Boston to Providence, R.I. The job fairs aligned with the ski shops’ fall sales over Labor Day and Columbus Day weekends, and gave Blue Hills access to a largely untapped group of skiers and riders. The program was so successful, says Ross, that the area plans to expand it for the coming season.

“That project took us a while to put together,” says Ross, but it was very rewarding. The program not only helped Blue Hills recruit high school students for vital jobs, but “also gave the students the opportunity to go through an interview, work on interview skills, receive feedback, and then have the possibility of landing their first job,” she notes.

And the program saw tangible results, with many students interviewed at a “My First Job” event coming to the on-site job fair at Blue Hills. For Ross, the program was an important way to “give back to the local communities that support us, and for us to find high-school students that want to work at the ski area.”

3. Play Up the Perks
Blue Hills developed a phrase and a theme that runs throughout its employment marketing: “The Best Winter Job You’ll Ever Have.” This concept has become an important part of wooing prospective employees. The language on the job application survey actively conveys the message. Ross says, “We worded some of the questions in a light-hearted way to let [applicants] know that this is a fun place to work.”

Right at the top of the hiring survey, Blue Hills also lists the job perks that come with working there: “Ski privileges at Blue Hills, reciprocal privileges at other ski areas, training provided for most positions, employee food discounts, Head ski and snowboard equipment discounts, and you get paid, too!”

Those same perks also figure into how Blue Hills pitches itself to high-school students at the “My First Job” interviews, as well as the professionals Ross and company meet perusing the racks at ski shop events.
Through the entire recruitment process, Ross says it’s important to remind people that Blue Hills is a fun and friendly place to work. To reinforce this, Ross and other Blue Hills staffers call applicants to “let them know that we are gearing up for the season, too, and are excited that they applied,” she says.

To stay organized, she keeps a spreadsheet with the contact information of everyone who filled out the survey or expressed interest in working at Blue Hills during any of the various job fairs. The spreadsheet is updated regularly with the last time a staff member spoke to a candidate, just “to make sure nobody falls through the cracks.” They’ve adopted, as Ross calls it, “a more personalized approach,” which has been important to keeping candidates engaged and excited throughout the entire recruitment process.

Takeaways
Hiring is a challenge for many resorts, and if you are looking to overhaul your own recruitment strategies there a few takeaways from the Blue Hills revamp that you should consider.

The first and, by Ross’s reckoning, most important change that Blue Hills made was simplifying the initial step in the application process. “Removing the online application and not having people apply for specific positions was huge,” says Ross. “By pulling back and doing something simpler, we improved our entire hiring and recruiting process.”

The second impactful change Blue was to make community outreach a fundamental part of its recruitment strategy. After looking at the survey applicants and its current staff, Blue Hills saw that “a lot of them are high school students and professionals that are looking for a fun part-time job, or like to ski and ride,” says Ross. Blue Hills recognized that it needed to reach those groups and created two successful programs: “My First Job” and the ski shop job fairs.

The third key change, Ross says, was “figuring out how to make sure people don’t fall through the cracks, and that people are interested, want to work here, and know that it is fun.” By developing a more personalized approach to hiring and emphasizing the job perks, Blue Hills was “able to not only staff all of our positions, but choose that staff” from a larger applicant pool, she says.