Lobbying for Change on Climate

A new partnership aims to alter the conversation in Washington. 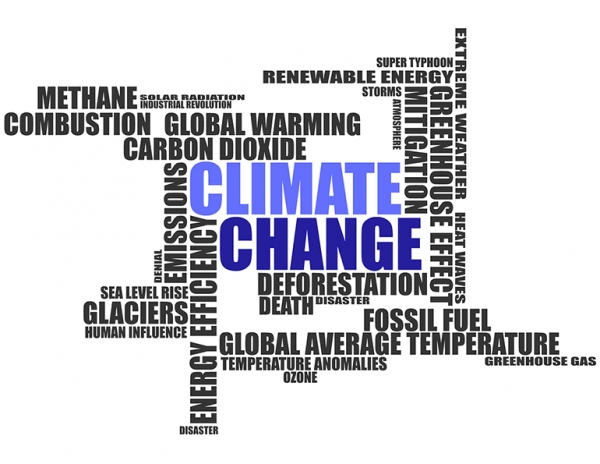 Chris Steinkamp detected something new when he flew to Washington D.C. in May as a representative of the new Outdoor Business Climate Partnership (OBCP). He had been there before to advocate for climate change solutions. This time, he sensed that behind the partisan rhetoric, the conversation about climate change has shifted in the last three to five years.

“A lot of the news coming from Washington is that there’s nothing happening on climate,” he says. “But in the back rooms, I heard a lot of talk about it. We were there to lay the groundwork for when a window does open up, we can seize the opportunity quickly.”

Steinkamp represents Snowsports Industries America (SIA), one of three business trade groups in the new partnership. Others are the National Ski Areas Association (NSAA) and the Outdoor Industry Association (OIA). The partnership launched in January, without any declared agenda or goals.

Combined Clout
Even so, the partnership raised eyebrows. After all, its combined profile represents $836 billion in economic activity—a figure that gets attention in Congress.

Largest of the three groups is OIA. Its members include more than 1,300 manufacturers, retailers, distributors, municipalities, and many other businesses and groups with an interest in outdoor pursuits. Think L.L. Bean, REI and The North Face. OIA brings 5G-like bandwidth from the outdoor sector to the climate conversation.

The sheer volume of the OBCP’s well-known brands also adds leverage. “It [winter sports] may not be the biggest industry in the country, but people have heard of many of our businesses, they wear our clothing, and they visit our resorts,” says Arapahoe Basin COO Alan Henceroth. “We get a lot of attention whenever we speak.”

His was among the 76 businesses that participated in the two-day fly-in to Washington, D.C., in May. The fly-in is the first evidence that the partnership is, as Henceroth puts it, “doing real work.”

Two Days, One Message
OBCP participants during the first day heard about policy and climate science from the World Bank, the Brookings Institution, and Schneider Electric, a major energy technology firm. On day two, members fanned out to visit Congressional offices. Henceroth, for example, met with Sen. Ron Wyden from Oregon, Sen. Sheldon Whitehouse from Rhode Island, and Rep. Ed Perlmutter from Colorado.

Participants had one core message: a price, they said, must be assigned to greenhouse gas emissions. “In our view, that kind of market-based solution is absolutely critical,” says Geraldine Link, director of public policy for NSAA.

The broad-based Citizens Climate Lobby proposes a fee-and-dividend approach: a tax on carbon emission, with proceeds returned to the public, to discourage pollution and incentivize “companies and consumers to both reduce pollution and its costs, and to create the clean, low-carbon jobs and industries of our future.”

The OBCP representatives didn’t advocate any particular method of pricing emissions, only the concept of using market-based incentives. And the concept is gaining support in Congress. “There are a lot of approaches,” says Steinkamp. “It didn’t seem like a crazy proposition to anybody we talked to.”

The OBCP fly-in was part of an even bigger effort organized by the Ceres Policy Network (CPN), a Boston-based non-profit. CPN has more than 50 members, including Microsoft, Ben & Jerry’s, and Kaiser Permanente. Carbon pricing is one of CPN’s top five priorities.

Bipartisan Support
Utah Sen. Mitt Romney told fly-in participants he supports emissions pricing. As a Republican, he is emblematic of the shift in thinking within the party, which largely resisted the idea of human-caused climate change until recently.

Working with both sides of the aisle is a key aim of the OBCP and CPN, because any solution must inevitably be bipartisan. Projects like the interstate highway system in the 1950s, civil rights legislation in the 1960s, or environmental legislation the 1970s all had significant bipartisan support.

Link believes that a bipartisan coalition for climate change may be possible. “We heard time and time again that the business voice is critical in Washington on climate change,” she says. “We also heard from many different speakers that just a handful of Republicans—maybe seven to 10—are going to make all the difference in solving climate change.

“And [the outdoor industry] is well positioned to work in a bipartisan fashion to help build the bridges toward climate change solutions,” Link says. “We work constructively as businesses on both sides of the aisle. And that is exactly what it will take to depolarize the issue of climate change.”

Bipartisanship on environmental issues is growing. Congress is considering a new bill, the Better Energy Storage Technology Act, that calls for $300 million over five years to reduce the cost of grid-scale energy storage systems, and it has equal sponsorship on both sides of the Senate aisle. Improved energy storage can help decarbonize the electric grid and allow clean energy to then transform other parts of the economy, including transportation and building heating.

The recent reauthorization of the Land and Water Fund offers another example. The process took several years to complete. “I think it’s the same thing with climate,” says Andrew Pappas, OIA manager of state and local policy. “It won’t be overnight. We need to bridge gaps and find common ground. Hopefully, this partnership can find those common grounds and bring business voices to [achieve] solutions.”

Urgent Business
The case for change has become more urgent. Climate scientists warn that the time frame for effective action to forestall warming is shrinking. Fortunately, says Henceroth, “There are fewer and fewer people contesting” the science. “We need to keep plugging away. I am certainly a little more hopeful now than I was before we visited Washington,” he adds.

Meanwhile, evidence of warming continues to accumulate. July 2019 was on track to be the hottest July, worldwide, in the 140 years of temperature records.

Such trends motivated formation of the OBCP. “We wouldn’t have formed this partnership if there wasn’t a sense of urgency,” says Steinkamp. “Everybody realizes now there is a very short window to get this done.”

The OBCP hopes to do more than simply lobby Congress. “We are working on an industry-wide platform that will engage our members and put a stake in the ground on collective climate action from the outdoor business community,” say the partners. Stay tuned.