A tight labor market is forcing resorts to rethink and expand their staff recruitment efforts. 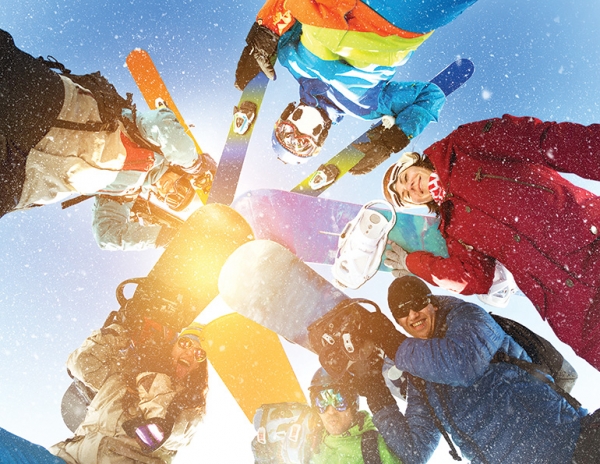 “It’s very difficult to find people,” says Holly Green, executive financial administrator at Sugar Mountain, N.C. “It’s definitely gotten worse. We used to get 300 people at a job fair. They’d be winding around the block. Now we get less than 50.”

Jessica Caskey, senior HR manager at Taos Ski Valley, N.M., says staffing is a two-part problem. “Just finding enough bodies for all the positions we have open [about 850] is one piece,” she says. “It’s very daunting.”

If a position requires a certain level of education or experience, hiring becomes even harder. “Lift maintenance, for example, is very specialized. Electrician, too. These positions are very difficult to fill,” Caskey says.

And even if resorts can find enough bodies, sometimes they come without a work ethic. Last year, Green ran 525 W2s, even though Sugar Mountain has only about 300 winter positions. “We’ve had people walk off mid-shift because they don’t like working in the cold,” she says.

Here’s what a few resorts around the country are doing to solve the growing issue of attracting employees.

Pay Rates
With lifties making $15 an hour at some resorts, paying the minimum wage is a nonstarter.

“We are conducting regular compensation analyses to remain competitive with industry wages and living wages within our geographical location,” Caskey says. “We are fortunate that the cost of living in Taos is significantly lower than at other ski resort areas. But that won’t always be the case. And there is more expectation of higher pay everywhere.”

Like many resorts, Sierra-at-Tahoe, Calif., has trouble finding enough food and beverage and building maintenance/custodial help. Compensation is a big reason. “They can do the same job in town for the same pay without having to commute,” says Melinda Stearns, HR director.

As a result, Stearns says Sierra may contract out custodial positions this winter. “We’re looking to address that on the pay end, and hire a cleaning service. It’s a significant amount of money, but the result is wonderful—come in every day to fabulously clean lodges,” she says.

But ski resorts cannot fill all their vacancies by outsourcing or offering more money.

Meet Candidates Where They Are
Blue Hills in Canton, Mass., has had good luck attracting larger numbers of front line employees by scrapping the formal application process in favor of a survey of sorts. Instead of filling out a traditional application, Blue Hills asks prospective hires to answer nine questions about how much time they can commit each week, whether they prefer working indoors or out, whether or not they like working with people, and other preferences. Based on the answers, Blue Hills matches candidates with open positions.

“We were scaring away applicants with job titles,” says Molly Ross, general manager. “Instead of them applying for a position, we took job titles out, and surveyed them about what they want to do. By simplifying the process, we’re making jobs open to a wider audience of people who don’t need specialized training. We supply all the training after they get here.”

Resorts are also hiring more part timers. Blue Hills’ survey, for example, found that more than half of prospective hires wanted to work only part time. That meant creating more positions, but thanks to its survey, which grew the applicant pool, Blue Hills was able to increase hiring by 25 percent and accommodate employees’ desire for part-time work.

“We have to be as flexible and adaptable as possible if we’re going to survive,” Ross says.

For example, Taos partnered with the University of New Mexico to start a culinary certificate program with students working at the resort. It also created a five-week apprentice program for six local high school students, and is partnering with the state’s vocational rehabilitation program to hire people with special needs.

Sierra-at-Tahoe partners with summer businesses to enhance the flow of employees back and forth. “I think the more we can help our winter seasonal folks get summer seasonal jobs, the more likely it is that we can get them back,” Stearns says.

Since free skiing is one of the biggest draws for many ski resort workers, Blue Hills started holding job fairs at ski shops during the fall sales season.

“Expanding outreach has been huge for us,” Ross says. “We still do job postings and social media, but having our table with skis and snowboards out and somebody sitting there to answer questions has worked well for us.”

Many resorts are also diving deeper into the pipeline and forging partnerships with local high schools to start getting teens interested in working in the industry.

“I like to reach out to the teachers, make presentations on how to write a resume, even practice interviewing with the kids with the hope they will become future employees of ours at some point,” Stearns says.

The Shred Foundation, a nonprofit in Hudson Valley, N.Y., has partnered with Windham Mountain to create a junior snowboard instructor program for underserved youth aged 13 to 19. The three-year-old program, the brainchild of Shred founder Danny Hairston, has taught 50 teens to ride. So far, four have become AASI Level 1 certified, paid instructors. Another 12 to 15 are hoping to earn their Level 1 certification this season.

“Our goal is two-fold,” Hairston says. “We’re providing access to snowsports for kids who don’t have access, and providing them career paths. We’re also inserting new life blood and diversity into the industry to keep the culture going.”

Over the years, resorts have beefed up their bennies to include resort discounts, free rentals and lessons, free lunches (Jay Peak, in conjunction with local businesses), carpool reimbursement (Purgatory, Colo.), free shuttles, work/life balance programs such as yoga and meditation (Jay Peak), gift card programs for employees who clock a certain number of hours (Blue Hills), plus on-the-spot and other types of employee recognition programs.

Many resorts also have an employee referral bonus program that rewards employees who successfully refer candidates to open positions. “Existing employees are some of our best recruiters,” Stearns says.

Culture and Fun
“We work hard promoting our culture and making [Sierra-at-Tahoe] a fun place to work,” says Stearns. Within lift operations—a tough hire at many ski resorts—Sierra-at-Tahoe has an enviable 70 percent return rate. Stearns attributes that success to culture, not pay.

“It’s because of the leadership in lift operations. It’s our culture. The manager has created a little family there,” she says.

Culture also helps attract employees to Taos. The resort is B Corp certified—the only ski resort in the world to be recognized as such—which puts an emphasis on people and sustainability. “Being a B Corporation allows people to align their personal and professional values,” Caskey says. “On a moral compass, it feels really good to work for a place that is doing such great things.”

Fun is also important in attracting employees. At Blue Hills, Ross says, “We put a lot of time into thinking about how to make job fairs and the employee survey fun and interesting. It gives people an idea of what it’s like to work here, because it really is a fun place to work.”

And it better be fun, because hiring is never done.

“You get to opening day and think you’re good to go,” Ross says. “It doesn’t work like that. Hiring is never over. We hire throughout the season. The recruitment process is never over for us.”