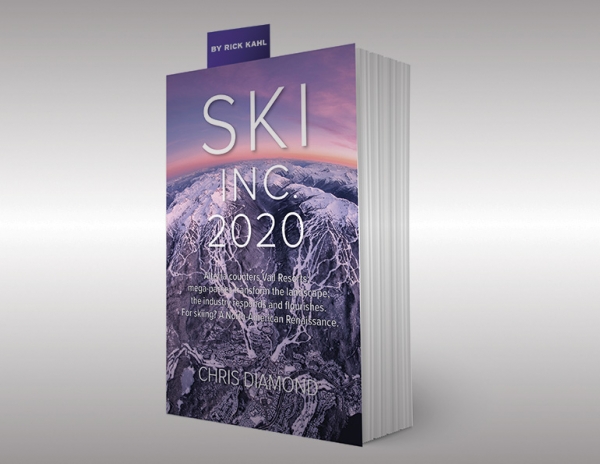 The ski industry stands on the brink of its second-greatest era ever. Powered by the advent of inexpensive multi-area passes, bolstered by snowmaking, grooming, and other upgrades, and supported by digital marketing, resorts have embarked on a renaissance.

Chris Diamond believes this whole- heartedly. And he sets out to prove it in Ski Inc. 2020. All the changes, he argues, “have rescued skiing from the trend of becoming, in effect, a rich person’s sport.”

Ski Inc. 2020 is a remarkable achievement. Diamond’s vision of the present and future course of the industry benefits from his own perspective as a top resort executive for more than 40 years and from that of the dozens of resort leaders he interviewed over the past year or so. He distills this into a concise view of success in the industry—stick to your niche, relentlessly pursue snowmaking and grooming excellence, and deliver a quality experience. And he explores what that looks like in companies as diverse as Vail Resorts and Caberfae, Mich.

It’s also an accidental achievement, in a way. At the outset, Diamond planned to follow up his 2016 personal memoir, Ski Inc., with an analysis of Vail Resorts and Alterra, and how they transformed the resort landscape. And Ski Inc. 2020 does that, in great and revealing detail. He explores how the two resort giants have accelerated the industry’s consolidation over the past two years at a rate that is, in his words, “stunning” and “incredible.” In the space of two years, Vail Resorts and Alterra assembled resort networks for the Epic and Ikon passes, either through acquisitions or partnerships, whose members host more than half the nation’s skier/rider visits.

But Diamond went further, examining how other companies have adapted. And in so doing, he saw that smaller resort groups and independent resorts have found ways to adapt and prosper, too. What started out as a book aimed at the two major players ended up addressing the entire industry, with valuable insights and revelations for all.

It all began, in his view, with VR’s evolution of the Epic Pass into what has become the major pricing model in the entire industry: discounted, advance-sale season’s passes. These have created a new business model that works for just about every resort.

Inevitably, this book puts a strong focus on leadership in the industry. Throughout, Diamond digs into what makes leaders tick, and this focus makes the story personal.

And this focus begins with VR’s CEO, Rob Katz. “When you examine Katz’s career, it’s evident that no other individual has had a comparable influence on the ski business, ever,” Diamond declares. He credits Katz with understanding the power of discounted passes better than more experienced industry leaders, for building a strategically assembled portfolio of resorts, and making smart investments in those resorts. Just as important, Katz created a strong company culture.

The common wisdom at the time was that pass pricing was “inelastic,” as Diamond says. That is, the number of passes sold would not change if prices dropped. Many leaders clung to this notion even after several resorts had shown otherwise. Katz came from outside the resort business—he had been a VR board member on behalf of his employer, Apollo Global Management—and was not burdened with the common wisdom.

Katz nearly missed the opportunity to be in this position, though. Before becoming CEO in 2006, he planned to change careers and become a psychotherapist. He felt he could improve upon the group leadership retreats he had endured on Wall Street, and had already moved to Boulder, Colo., to begin his studies.

Then fate intervened. VR’s CEO resigned, and Apollo asked Katz to lead the search for a replacement. The search led him to himself, and “the rest is history,” as Diamond writes.

The personalities and forces that helped form Alterra also receive attention. As with the tale of Katz’s ascension, Alterra’s rise makes for fascinating reading. As Diamond says, the speed with which the company came into existence was incredible. He connects the dots of past collaborations among resorts—the M.A.X. Pass and the Mountain Collective, to name two—and explains how these created relationships between leaders and facilitated the formation of Alterra.

But Diamond is equally impressed by the ingenuity and creativity of smaller companies. He details unique strategies that have helped others’ be successful: Boyne Resorts, Fairbank Group, Butternut Basin and its purchase of Otis Ridge and Blandford. Diamond even dissects the standalone success of resorts such as Snowy Range, Wyo., and Caberfae.

Power of the Pass

Throughout, he builds his case that discount passes are at the core of this success. Resorts of all sizes have benefited from the revenue generated from advance purchases, which have a second benefit: removing the sometimes wild swings in business from year to year.

Still, passes are not the only story. He sees several other contributing factors:
• Digital marketing makes it possible to reach guests much more effectively, and to tailor the message more precisely.
• Snowmaking and grooming improvements make snow conditions more reliable over a longer season.
• As resorts have gradually assumed ownership of all guest services, such as food and beverage, retail, and rental, revenues have grown.
• Summer operations bolster revenue and employment for many resorts.
• New lodging options, such as VRBO and AirBnB, have given guests more choice and lower prices.

And finally, he touts the importance of the guest experience. Smaller resort groups and independent resorts play to the specific interests and needs of their audience, he says, and engender fierce loyalty among their guests.

So those are the elements of a winning formula. At one point, Diamond distills it all to just three main concepts: stick to your niche; ensure efficient snowmaking; and provide a quality experience. Everything else flows from these three notions. 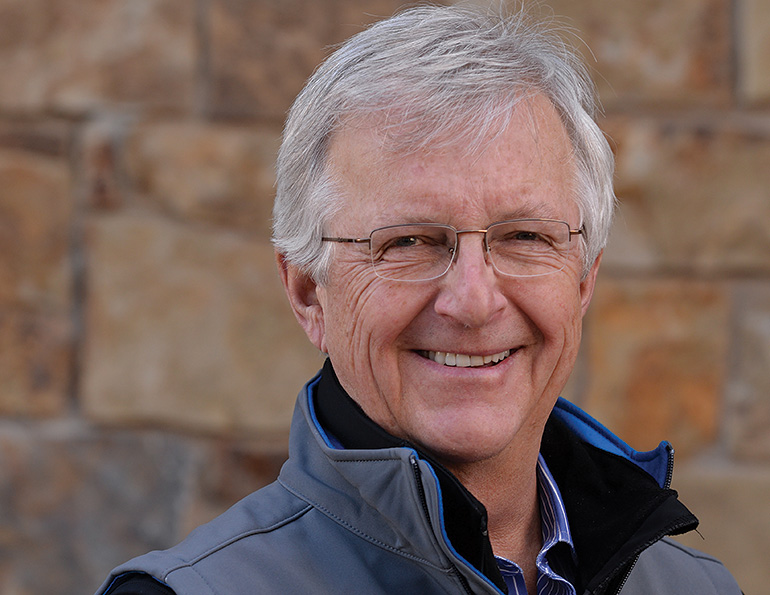 Chris Diamond: Discounted, multi-area passes and related pricing changes “have rescued skiing from the trend of becoming, in effect, a rich person’s sport.”

Diamond details dozens of examples that support this case. And this widespread success underlies his belief that, even in the face of some long-term challenges, the industry is in the early stages of a renaissance, a period of growth second only to the “golden age” of the 1960s, when skiing grew exponentially.

Looking to the Future

Those challenges include two daunting issues: climate change, and growing participation. Climate change requires global action, and Diamond does not bother with proposing solutions—other than noting the value of efficient snowmaking and generating revenue from non-snow-related sources.

Growing participation, though, is something resorts can control. And here, Diamond sees discount passes as key once again. He argues that it makes sense to grow participation first among the core participants, as happened this past season. And he points to the family and friends tickets that the Epic and Ikon passes provide. These, he believes, will encourage core skiers and riders to bring non-skiing and -riding friends.

The trick, he adds, is to make sure these people get a good introduction to the sport. He urges the major pass players—i.e., Epic and Ikon—to develop effective programs for the beginners brought to their areas by core participants. And he suggests that these beginners receive a discounted ticket option, such as the four-packs offered by many areas in Colorado, to maintain their engagement.
Diamond is less concerned with enticing infrequent guests to participate more often, but suggests that doing so would be a useful step, too.

Is Diamond right? Will the future play out as he expects? This section of Ski Inc. 2020 will likely generate the greatest debate, which we suspect is intentional. Diamond has given readers plenty to inform the debate, and ample opinion to jumpstart discussion.

Throughout, Diamond presents a consistent and cohesive explanation of the industry’s current state, and outlines the factors that will help determine the future course of the industry. It’s a largely optimistic view, based on the recent successes of resorts generally. In the end, he sees far more opportunities for continued growth than impediments to it. And he believes the leadership in the industry is up to the task.

That, of course, remains to be seen. But the evidence Diamond presents, and the framework he constructs, will surely help guide the industry’s future path.