We profile four female leaders who are part of a growing trend as more women earn seats at the executive table. 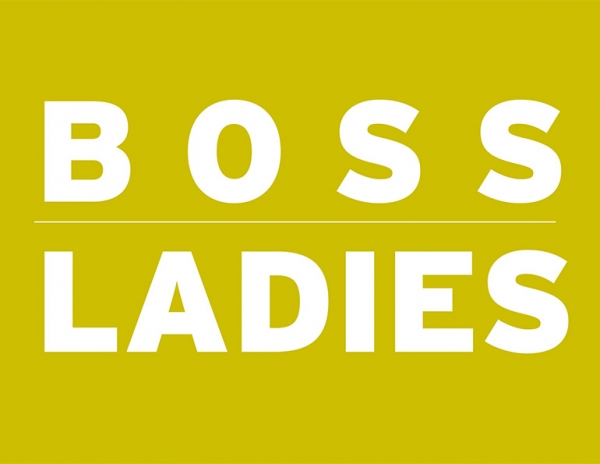 In 2013, SAM caught up with a few women who had infiltrated leadership roles in mountain operations. In “Greasy Glass Ceiling?” we learned of women steeling themselves to succeed in a male-dominated world; from being careful not to “use the female card,” to knowing you’ll have to “Drop trou and pee in the woods.” In 2019, we take another look and find that, perhaps, the field is leveling off, taking into account not your sex, but your love of, dedication to, and experience in our industry.

With Liberty and Justice

ANNE WEIMER has been general manager of Liberty Mountain in Pennsylvania for three years now. In that time, she says, “I wouldn’t say I have ever felt there was any part [of the job or of the mountain operations as a whole] that I felt restricted from or not welcome in.”

That’s been the case throughout Weimer’s long career in the mountain resort industry. She started with a post-college “just going to be one year” stint at Vail Resorts that stretched into a decade. She’s been at Liberty since 2002. During all that time, she says, “I’ve never felt a gender bias or differential. I know that is not everyone’s experience, but it was and is mine.”

Weimer’s experience may actually be the new norm. Not that women in top-level operations positions are a dime a dozen. Far from it.

But females taking on these roles is becoming not only more common, but less remarkable—which may just be remarkable in itself.

When SUSAN CROSS was named mountain manager at Snowmass, SkiCo’s first female to hold a mountain manager position, she wasn’t worried about being accepted by the guys. Cross had spent years proving herself as a capable, hardworking, and determined team player across the board at SkiCo. 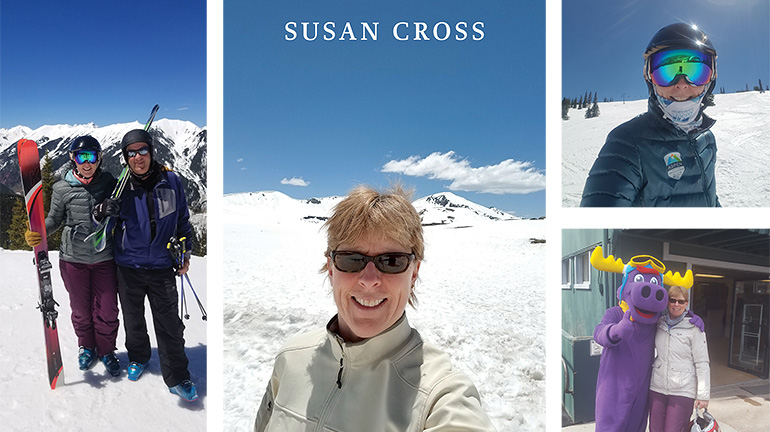 After learning to ski as an adult and settling into life and a resort job at Sugarbush in Vermont, she found her way west and stepped into a skier services job (now “guest” services) at Aspen. Her second year on the job, she says, Cross eyed the guy in the director position for her department and announced, “I’m going to get that guy’s job.” Her boss at the time was at first unimpressed, and responded, “But he’s my man!” To which she said, “Not now that I’m here.”

In time, with others shifting positions, she got that job and thrived at it—and so began her upward trajectory in the company.

At first, she admits, being female got in her own head, but she pushed past it. “Sometimes I would say in my mind ‘oh gosh, I’m not one of them.’ But I’d just put my head down and work. That helped.”

So, too, she says, were her actions while off the clock—not chosen to prove anything but simply how she lived. “I was accepted because I could hold my own. I could play basketball. I could ski. That helped, too,” says Cross.

For BONNIE KOSCHIR, the road to resort leadership started as it does with most: a love of the sport and the industry.

“For lack of a better word, I think it chose me,” Koschir says of her career. She grew up skiing Holiday Valley in New York, and in 1991 stepped into a front line job there. She has since worked her way up to vice president. Her secret to success as a female? Not letting it be a stumbling block.

“It cannot be an issue if you never let it be an issue,” she says of succeeding alongside many men. “It’s more about setting expectations, treating people with respect, and focusing on what you all care about: the success of the resort.”

She admits, though, it helped as she rose in the resort to have the full support of the owners and team. “Our president and board had a lot of confidence in me,” she says.

Koschir has been in high-level management roles for more than 15 years, so she’s seen change. “I remember many years ago going out to dinner [with others in the same position as her in the industry] and it would be eight males and me. I never found it awkward, though.

“Now?” she says. “We have quite a few females in management roles, so I tend to not be the only one at the table anymore.”

Ace in the hole

MARY KATE BUCKLEY has had a seat at a few different executive dinner tables. Before becoming president—and the first female to do so—at Jackson Hole Mountain Resort in 2018, Buckley held leadership roles at Nike and Disney, to name just two. All the while, though, she’s had a deep-rooted dedication to the resort: She is a resident, has served on the board of directors for years, and started a local winery in the recent past.

Buckley says her career experience and knowledge of the resort pushed aside any thoughts of whether a male or female should or could succeed in the role.

“First and foremost, I see myself as a leader, and believe that leadership identity and skills translate from one industry to the next, and one position to the next, irrespective of gender,” says Buckley.

In her various roles at both Disney and Nike, Buckley led diverse teams all over the world, and says her experiences in adapting to new environments prepared her to lead JHMR. “I had never envisioned working in the ski industry. But I hope to be a positive role model for other women in this industry,” she says. 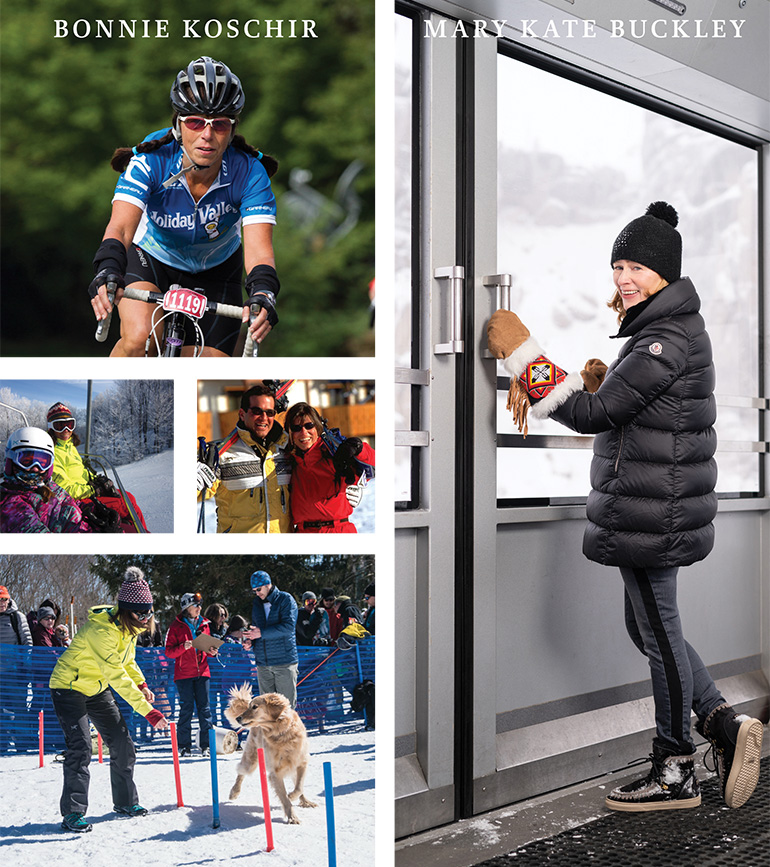 Of course, these four women have experienced a few hurdles along the way. Sometimes, female leaders need to fight for what’s right. Cross remembers one such situation distinctly.

She was co-director of a department at SkiCo with a male counterpart when she discovered he was being paid more than she was, for exactly the same job—and, she says, with him holding less experience than her.
“I threw a fit, and I usually don’t do that,” Cross recalls. “But I thought, ‘son of a gun! I am not going to be treated unequally.’” She won that battle, and is proud to point out that her company is now “on the up and up” when it comes to equal pay for equal work.

While many companies are making great strides in pay equity, it’s still a widespread issue. The situation Cross encountered is not uncommon. What is fairly uncommon, though, is addressing the issue head on like Cross did. If she hadn’t said something, would anything have changed?

Weimer believes resorts like Liberty (“We’re a little mountain with a big resort”) may just be the perfect place for true equality in the mountain workplace to take root. Why? Because at smaller resorts, everyone has to pitch in, and work in tandem at all times.

“We are in an environment where we all have to take on so many roles,” Weimer says. “[Our staff] have to do it all; and you have to accept help from whomever is next to you at the time.” She says that kind of setup simply requires equity.

Buckley is proud of the work her resort is doing not just in encouraging females to embrace leadership roles, but also in treating them fairly as well.

“We have women in leadership positions from the vice president level all the way down to managers across departments,” she says. “We have initiated a competitive salary analysis to ensure competitive pay across the organization, and are sensitive to ensuring equality. Additionally, we have commenced a talent management and talent benchmarking exercise to identify and develop high potential employees.”

All four women say they do all they can to encourage other women to take the paths they have.

Cross is especially proud of the path she took to get to where she is today, even more so than the fact that she’s the first female in her position at SkiCo.

“I am proud of myself for being here, and for breaking down barriers,” she says. “But I am also proud of where I came from [within SkiCo] to this role. Those before me in this role always came from patrol or ski school. I’m proud to have come from operations.”

When it comes to mentoring other females, Cross says she is always open to helping out, regardless of gender. “I’m trying!” she says. “Guys ask me to take them under my wing all the time, and I do.” Surprisingly, she says females have yet to seek advice as much. One sign of gender equity: She’s had only a few employees react poorly to her promotion, but one was another female.

Cross, as well as the others, say they want to help women, but most important, they want to encourage all who have a love of the industry—male or female—to set a path to great success for themselves and their mountains of choice.

“It’s a wonderful industry to be in, and I’m as excited about it as the day I started,” says Koschir. “Our industry works so well with sharing ideas and helping one another and just plain being supportive to all. That’s what I like to work toward. For all.”

Weimer advises those entering the field, male and female alike, to “read a lot, listen a lot, and take in all the advice you can. There’s a lot of history in this industry. The grit they had to have to move us all along, it’s remarkable,” she says. “We’re going to need that grit to keep moving.” She hopes the industry organizations and associations focus on helping to develop all young adults to do just that.

Cross, who never skied until she was an adult and now embraces the life and career, agrees. “I want to get up in the morning and love what I’m doing, and I do,” she says. “I’m proud of myself for being in this room.”
So, to the other females (and males, for that matter) out there wishing for a big future, she says, “If you love what you’re doing, follow your heart. No one would ever think I’d be here. My only childhood experience was watching ‘Wide World of Sports.’ And now look at me.”

Ground breakers and glass ceiling smashers, all. But what matters most is that these four successful ladies are using their skills and talents to better the resorts and the industry they love, while also standing up for equity, and doing it without harassment. That feels like real success.