More-efficient systems are transforming the on-snow experience across the continent. 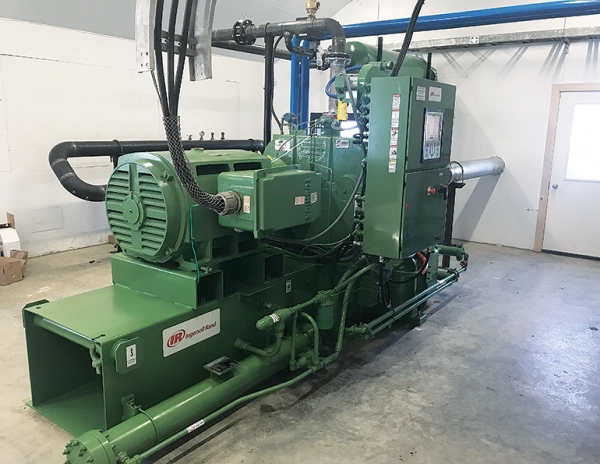 Brendan Ryan, VP of projects for Peak Resorts, has spent the last three years supervising installation of a $30 million snowmaking upgrade at Mount Snow, Vt. Over the Christmas holidays, Ryan rode up the chairlift with a visitor who told him he had just bought a second home at Mount Snow because of what he saw under the lift: edge-to-edge snow coverage despite a warm, rainy holiday period.

“He told me he decided to make Mount Snow his home base and teach his kids to ski here because of the reliable snow conditions,” Ryan says. “Hearing that made my day.”
West Mountain, outside Glens Falls, N.Y., invested in a $2 million snowmaking upgrade last fall. Ron Nolin, operations manager, says the resort probably would not have been open over the Christmas/New Year’s holidays with the prior system.

“We had two rain days, straight washouts,” Nolin says. “We closed those two days. The next day we were able to recover just like it had never happened. We never had that kind of recovery capability in the past.”

Three winters ago, Snowshoe, W.Va., did have to close over the Christmas holiday, from Dec. 26 through Jan. 2, because of rain and lack of snow.

“We lost enough money that week to pay for the latest snowmaking upgrade [$4 million last year],” says Ken Gaitor, operations director. “We’ve done the math. We think if we had the system we have now, we could have stayed open. We felt that by putting some insurance out there, just in one year we will pay that money back, not counting the energy savings from the new system.”

Cannon Mountain, N.H.
“Climate change is real,” says John DeVivo, general manager at Cannon Mountain, N.H., which in 2015 began a two-year, $6 million project to put 120 Snow Logic snowguns on Mittersill (since expanded to about 160) and another 450 HKD guns on Cannon.

'The snowmaking window is shorter,” DeVivo says. “You’ve got to be quicker, more powerful, and with today’s tech we have a wider sweet spot with temperatures.”

The assortment of tower guns, fans, and ground guns, along with all the attendant pipe and hydrants and another compressor on Mittersill, has enabled Cannon to make up to 50 percent more snow at certain temperature ranges, at 50 percent less cost, DeVivo says. Snowmaking now covers 95 percent of the resort’s 225 non-gladed acres.
“People who’ve skied Cannon all their lives can’t believe the changes,” he adds.

Snowshoe, W.Va.
Snowshoe always had 100 percent snowmaking coverage capability, but last summer upgraded its system to react more quickly and more intensively. “It’s about being able to do it faster and in narrower snowmaking windows,” Gaitor says.

Of its $4 million investment, $3.2 million went to snowguns—74 Demac-Lenko Titan 2.0 tower fans and 92 Snow Logic DV7 stick guns—and the rest for a fully automated control system and other accoutrements.

“We’re able to resurface areas and fatten them back up quickly and easily after a freeze and thaw,” Gaitor says. “This morning [in mid January], after a long period of warm weather, the temperature began to drop, and we turned on all 74 fans. Within five to six hours we put a coating on everything and started expanding to trails not yet open.”

The system not only puts down more snow faster, but cheaper. “We think by the end of the season we’ll see a 20 to 25 percent savings on our power bill,” Gaitor says.

“I couldn’t believe the old compressors were that inefficient,” says Jamie Sievwright, operations manager. “We should see some good electric savings—we’re estimating $30,000 a season, and that’s probably conservative.”

“We basically doubled our pumping capacity and cut our air capacity by half, so the energy savings are pretty dramatic,” Ryan says. “This whole system is designed to provide a consistent surface. Freeze and thaw seems to happen more frequently.

“With fixed equipment, it’s easier to run low-e tech. We can move fast. We can resurface 200 acres in 24 hours.”

He says the current system is also expandable. About 82 percent of Mount Snow’s non-gladed terrain is now covered by snowmaking. “Now that we’ve fixed our water storage, in the future we’ll be adding more snowmaking to more trails. We’re not done yet.”

Crystal Mountain, Wash.
In 2017, Crystal built an eight-million-gallon snowmaking pond, a new pump house, added 40,000 feet of pipe, and installed 44 Super Puma fan guns from SMI Snowmakers. The new system makes snow from mid mountain (about 5,500 feet) to the base (4,500 feet), on a total of 112 acres. The $6 million upgrade replaced a gravity-fed snowmaking system that operations manager Scott Bowen calls “a joke.”

“We had only four guns and four-inch pipe. We were picking guns, and hoses, and cords up and moving them around. We could make snow, but not efficiently, and could not get the mountain completely open.”

In contrast, Bowen says, Crystal this season made snow from mid-mountain to the base in early November. In the past, early-season skiers had to take the gondola to the top, ski the upper mountain, then take the gondola back down again.

“This year we were able to open the base area on manmade snow,” Bowen says. “Skiers loved it. There’s a lot of pent-up energy early on for skiing, so it’s important to get open early and guarantee that experience.”

Woods Valley, N.Y.
Woods bought the small, 45-acre resort, which his father had started in the 1960s, from the Olney family in 2011. Since then, snowmaking has been the number one capital priority. It has consumed about $1.3 million over the years, including $700,000 last year on HKD equipment, purchased through the rebate program.

“The rebate program enabled us to get aggressive,” Woods says. “It boiled down to us spending 40 percent and the state 60 percent. Our capital focus will now shift over to our base lodge and grooming.

“We have the best snowmaking, most efficient equipment you can buy, all low-energy,” Woods says. “We had skiing November 25, and have been open straight through. We’ve had our share of rain, big warmups, marginal snowmaking conditions, but we’ve been able to take advantage of every snowmaking chance, and have excellent cover. A lot of places are struggling to keep what they had open. We’ve been expanding terrain, and our snow tubing, which is pretty snow-intensive, has been open right from the beginning.”

“Automation is the best thing we’ve done, considering recent cycles of weather,” says Jane Eshbaugh, marketing director. “It allows us to turn all guns on and off very quickly, so if you have only a very short window to make snow, it’s worthwhile. We can also adjust it for temperature, humidity, and other factors.”

Automation and fixed snowmaking equipment have helped reduce labor somewhat, but not significantly. “Instead of needing 15 people, we can now run with seven to 10,” Eshbaugh says. “But they spend a lot more time readying the system, maintaining the system. It takes a lot of man hours to keep the technology, network up.”

As a result, the snowmaking crew has doubled, from two or three per shift to four to six. “It’s taken more staff, but instead of 30 guns, now they’re running about 100,” Nolin says.

That’s a common story. Cannon’s DeVivo notes, “In theory, you’d think you need fewer people. But the reality is, they are running so much more equipment. We haven’t reduced our labor, just made them busier.”

Keeping Skiers Happy
Of course, the goal of all the snowmaking upgrades and expenditures is keeping skiers and riders happy and coming back.

“I’m not saying we’re insuring good conditions, but we have a better shot at it,” says Gaitor at Snowshoe. “This past December we didn’t lose any trail count or acreage through two weeks of warm weather and rain. We were able to maintain the skier visits we expected. When people start to see acreage go down, they start canceling bookings. We held tough because we spent that money.”

Tim Woods at Woods Valley sums it well. “People are starting to believe. We still get phone calls, ‘Do you have snow?’ But less and less. They’re starting to figure out that we’ve invested heavily in snowmaking, and even though they don’t have snow in their backyards, we do.”