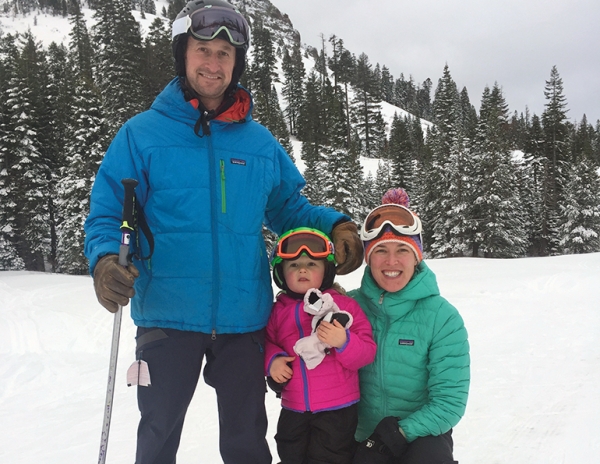 Entrepreneur Evan Reece brought Silicon Valley to the snowsports industry when he and co-founder Ron Schneidermann launched their e-commerce startup Liftopia in 2005.


The story of Liftopia starts like so many good ski stories: over beers. Reece and Schneidermann, at the time both employees of the techy travel website Hotwire, realized that the advanced sales and revenue management work they were doing at their day job could revolutionize the ski industry. So, they went to the bar to hash out a business plan.

Their entrée into snowsports wasn’t easy; they heard a lot of “nos.” Reece remembers sitting alone at lunch like the new kid in the cafeteria at his first NSAA show, where no one would give him the time of day. But, like a true innovator, he pressed on, seeing potential where others couldn’t yet. He’s grateful to the people who eventually joined him at that table and gave his platform a shot.

That platform has ultimately changed how consumers shop for—and purchase—lift tickets. It has also prompted ski areas to take a more thoughtful, data-driven approach to ticket pricing, a much-needed evolution that continues to this day.

SAM: Where did you learn to ski?

Evan: My family wasn’t a skiing family. My dad was a hockey player, and all of his family played hockey, so we basically had to play hockey. There was a bit of a mutiny with my brother and me. So, we started taking after-school ski lessons at Bradford in Massachusetts, and I immediately loved it.

I was diagnosed with ADHD as a kid, and my brain is kind of all over the place. One of the things that skiing really did for me is provide a very rare moment for me to only be focused on the thing I’m doing. And it’s this amazing blend of total independence and total community, because one second you’re hurtling downhill alone, and then you stop and are with your friends and family.

SAM: What were you doing before Liftopia?

Evan: After college, I moved to San Francisco. I arrived on September 17, 2001. Getting to San Francisco with a liberal arts degree post-dot-com crash, post-September 11, meant there wasn’t a lot of work to be found.
That winter, we leased a ski house in Tahoe with 20 or 25 people. We would drive up every Friday and drive back every Sunday, and I skied 25 or 30 days with a weekender schedule. In many ways, at a time when I was jumping between 20 different temp jobs, skiing was the only piece of my identity that was constant.

I ended up on the hotel team at Hotwire, where I initially was in partner support, then started skewing toward sales and account management. That was where I was introduced to the concepts of revenue management and dynamic pricing, and where I began understanding how to look at customer intent relative to pricing and performance. Ninety percent of the reason we ended up starting Liftopia was to replicate that concept in an industry where it made as much, if not more, sense as it did in the hotel industry.

SAM: When the company was first starting out, you hit the pavement at resorts a lot. What was that like?

Evan: Hotwire, when I was there, was still a pretty new business model—you really had to be willing to show up and pitch someone who was skeptical. So there was a lot I could borrow from that experience. I remember being at Hotwire and thinking, ‘Man, the hotel industry is so hard,’ and then I got to the ski industry and was like, ‘Holy shit, this is much harder.’

I have some hilarious stories from along the way, where we would sit in the parking lot of a ski area and someone would say they weren’t available to meet with us, then we’d see them walk out of their office and we’d run over to talk to them.

There were the people who were frustrating, and then people we owe a lot to, because they were willing to talk with us, embrace our ideas, and put up with our inexperience and lack of deep industry perspective. You have these characters who really saw us for what we were, like Peggy Hiller at Arapahoe Basin, Pete Meyer at Caberfae Peaks, or Simon Diggins at Snowbird.

SAM: Tell me about the evolution of Liftopia.

Evan: When we first started, we were just a consumer brand: liftopia.com. The challenge with that, as we’ve grown, is that many of the people that wouldn’t talk with us then, won’t talk with us now, because that’s all they think we are. But our aspiration is not to be the best at selling to consumers ourselves, it’s to empower e-commerce for the industry, period.

So, we went from liftopia.com to Cloud Store, our white label solution. And we’ve opened up our dynamic pricing services, which used to be something that you only got if you used our e-commerce tools. Now someone can use our pricing service with an alternate e-commerce platform via an API. Because of this service, our company has expanded into group business, season pass business, time slot business, and all these other things. We’ve now brought that business both to Europe and to other business types like waterparks and family entertainment centers.

SAM: Where do you see the future of e-commerce heading for resorts?

Evan: I think the biggest, broad stroke is that ski areas are going to become as intelligent with their marketing and e-commerce business as they are with their day-to-day operations. The way that many ski areas are doing pricing and marketing performance measurement is the equivalent of snowmaking without a thermometer.

Take any given ski area—how in tune they are with the cost of making snow, that is exactly how they will be with regard to the efficiency of their e-commerce and marketing approaches in the future. And what’s cool is, all of that will lead the industry to be better run, which means the industry will grow. There are some threats to that—climate change being one, a disproportionate focus on season passes being another—but, I think in the end, the math will win.

SAM: If you could work in mountain ops at a resort, what job would you do?

Evan: I like the science of snowmaking. I am in awe of the physics of building lifts and stringing cable—the physical infrastructure stuff that goes on is incredible. I think it would be fun to drive a snowcat.
Also—and some may not see customer service as mountain ops—one of the biggest opportunities the industry has is to change how it speaks to customers. If you ever ask people if they ski, for me, the most common answer is, “Yeah, but I’m not that good.” That shines a light on an inclusivity problem. Anybody should get to be a skier. There is an opportunity with consumer-facing stuff to change the mindset. I know that’s not traditional operations, but maybe that means I’m bumping chairs or I’m a ski instructor or an ambassador.

SAM: How would you describe your leadership style?

Evan: It’s a difficult question to answer. I really enjoy feedback. In fact, 65 percent of our employees filled out a 360 Review of me and I loved it. The reason it’s hard for me to say what my leadership style is, well, I’ve never really thought about what I want my style to be. Which means I likely have some blind spots and self-awareness gaps, but I am always trying to get better at things. You have to be comfortable figuring out your deficiencies.