An increasing number of resorts are seeing the benefits of video surveillance systems. 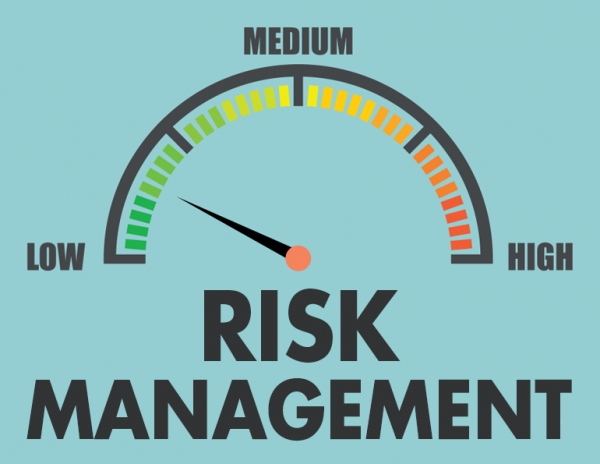 From tracking down missing children and identifying thieves to investigating accidents and solving guest service issues, many ski areas have turned to video surveillance as a critical tool for reducing liability and for training staff. And as the cost and complexity of surveillance systems have plunged, cameras at lifts, food-service areas, parking lots, and elsewhere on the mountain are likely to become increasingly ubiquitous.

“The goal [with incidents] is to see the clear picture of what happened when incidents arise,” says Tim Bruce, senior loss control specialist at ski area insurer Safehold Special Risk, who says more resorts are adding cameras each year.

It’s true that not long ago, resort operators—and their legal counsel—weren’t huge fans of video surveillance, namely its use at lift terminals. In their minds, video might prove negligence when an incident occurred, i.e., someone falls off a chair just after loading while the camera captures a distracted lift operator on a cell phone. In reality, surveillance systems are beneficial, because they eliminate guesswork when an incident occurs. And often, they exonerate employees.

“Most of the time, the guest’s account of the situation is different from the video,” says Bruce.

In the few cases when they catch incidents caused by staff negligence, videos can speed up the process, saving thousands of dollars in legal fees.

For Good Reason
The pioneering Sugar Bowl resort in Norden, Calif., first began using video surveillance about 20 years ago, but really increased its presence when it moved to lift surveillance in 2012, says Greg Dallas, the resort’s president and CEO. That decision was motivated by tragedy—a fatal fall off a lift by a seven-year-old ski team member.

“As part of the program that the [child’s] family and resort developed, we adopted cameras at the bottom of our lifts to record both guests and operators during the loading process,” says Dallas. “This program is now used to train our operations team, to provide accountability, and to adhere to our kids-on-lifts standards.”

Litigation led directly to Colorado’s Sunlight Mountain Resort’s decision to install cameras four years ago, after a guest who suffered a broken femur in a lift-loading accident claimed that there was no lift attendant on duty. Though false, the resort had no tangible evidence to dispute the claim, and ended up paying out a settlement in the case.

The goal is to gather facts via surveillance, so a resort isn’t guessing at what happens in its operations, says Dallas. “That saves a lot of time and, more importantly, emotion for our guests and employees.”

Costs and Quantities
Bruce advises: “Treat your area like a casino—cameras everywhere.” While at one time that might have run to tens of thousands of dollars, camera costs have come down, making surveillance affordable.

“We typically add cameras each year,” says Dallas, noting that software upgrades have allowed the resort to establish different levels of employee access to video, based on job responsibilities.

At Sunlight, there are even networked computers in lift shacks, allowing operators to review video as needed. Assistant general manager Ross Terry was able to limit his cost to about $1,200 per lift by using inexpensive but reliable $200 Hikvision cameras paired with Ubiquity Wireless Wi-Fi bridges, Blue Iris software, and a dedicated $300 PC to run the network. 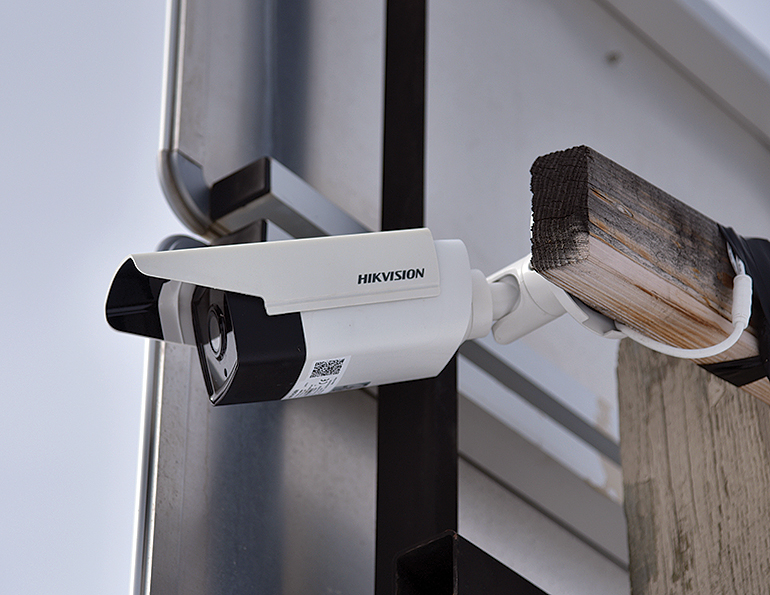 Inexpensive $200 Hikvision cameras are used at Sunlight, Colo., for surveillance. 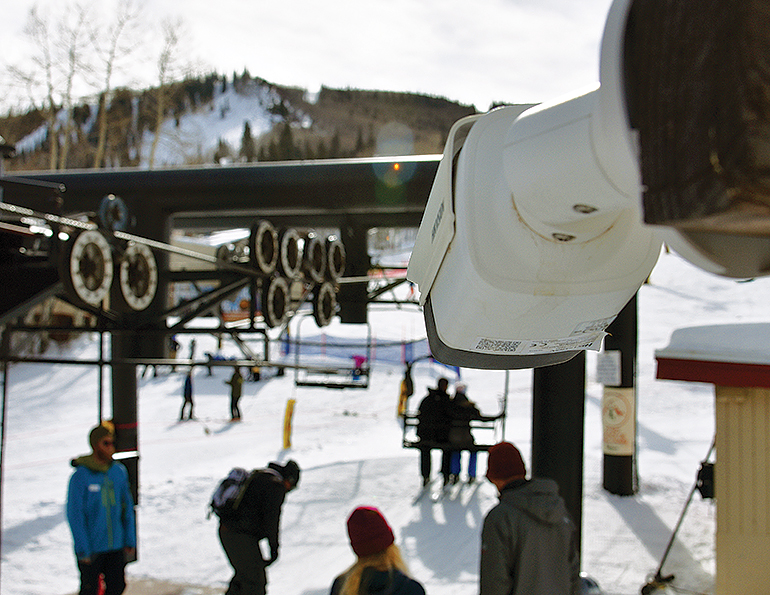 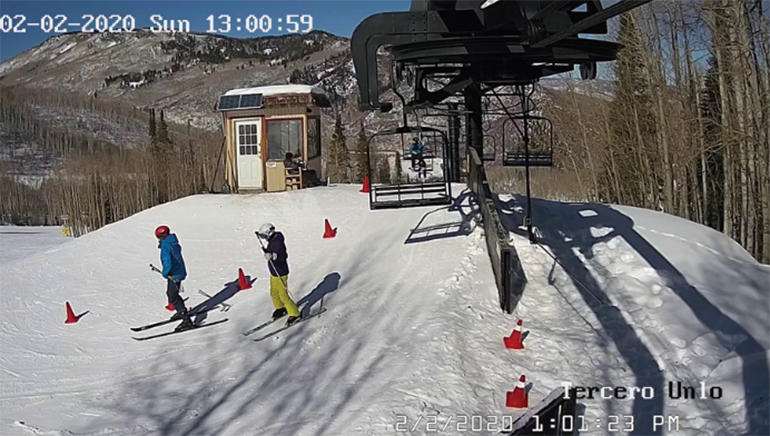 A screenshot from a camera at Sunlight, Colo., showing the solar panels on the lift shack used to power the camera. 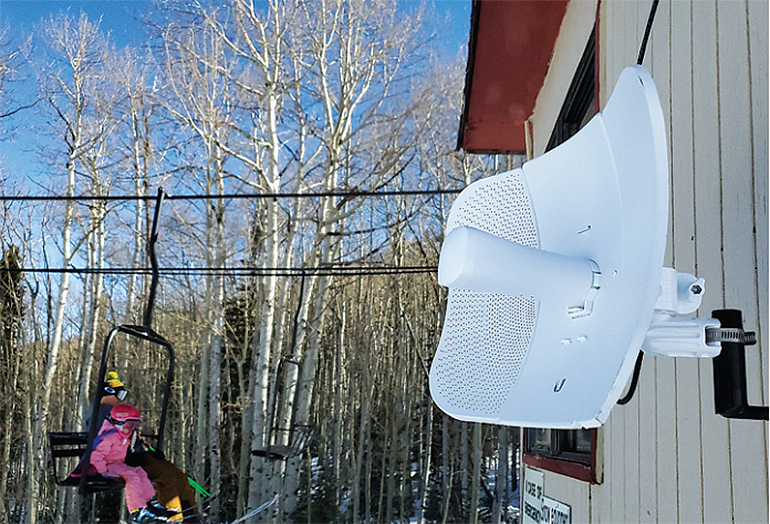 Sunlight’s Wi-Fi network requires line of sight connections, which can be a challenge at some resorts.

Setup had its challenges. Sunlight’s Wi-Fi network requires line-of-sight connections, for example, which could be an issue for some resorts. And Terry says that one camera at an unpowered upper lift station must be juiced by a solar panel, and occasionally with a battery backup on cold winter days when the sun isn’t quite cutting it. Still, “If you have a good in-house IT person and can do it yourself,” says Terry, “the cost is worth it.”

“The bigger issue for resorts,” adds Bruce, “is the cost of the storage of the daily surveillance,” but this has also gotten less expensive with cloud storage replacing physical servers.

First Chairs
Mary Bozack, director of risk management and education for ski-area insurer MountainGuard, suggests ski areas new to video surveillance start with lift loading areas, including inside the lift shack and with views that track guest movement from the time they are waiting to load until after they are secured in the chair, gondola, or tram.

“The resorts that have put cameras at loading areas have found them to be very helpful in defending claims,” says Bozack. “It takes the ‘he-said, she-said’ out of the equation.”

Equally as important, Bozack says video surveillance is very helpful for staff training. “When you review film, you see lift attendants make some amazing saves.” Video records can also show potential hazards, like attendants failing to bump lift chairs for guests or clear loading areas of snow, which can serve as an additional training tool.

Dallas says Sugar Bowl uses such footage as part of daily audits and initial and recurring training. “We can pull footage back 72 hours to look for missing persons, misloads, or just sample the footage to show what lift operators should and shouldn’t be doing,” he adds.

At Sunlight, video footage is reviewed at weekly lift ops meetings. “We’ll show lifties who are doing a great job, and also those who are not,” says Terry. “The operators have really gotten into it. We were concerned that they might resent the cameras if they felt like they were being monitored, but that hasn’t been the case at all.”

Beyond the Lifts
There are myriad applications for video surveillance outside of lift areas. From a loss-prevention perspective, video can be used to monitor places where cash is handled, such as ticket counters and bars and restaurants. Sunlight’s Terry says that keeping a digital eye on drinking establishments is doubly important, because they are where a lot of incidents occur.

Sunlight also has cameras monitoring its children’s programs for chain-of-custody purposes, and video has also been used to provide customers with information, such as snowfall accumulation.

Terry monitors his top-of-lift cameras to keep track of wind holds. The cameras are positioned to view three downhill towers—more than enough to eyeball how much chairs are swaying in the wind. He also checks his loading area cameras a few times a day to get a snapshot of loading operations and ground conditions, a task that previously required him to suit up and ski.

Video also can improve worker safety. Whistler Blackcomb’s 2012 decision to install a comprehensive monitoring system was motivated in part by the unfortunate death of a worker who went astray while walking back to employee housing at night and died of hypothermia—an incident that might have been captured on video under the system now in place at the resort.

Stimpson ticks off an impressive list of benefits from Wachusett’s video monitoring, which was originally implemented in response to a rash of ski thefts during nighttime operations. Equipment thefts have been minimized, says Stimpson, noting the resort now has a 99 percent return rate on MIA equipment—whether stolen or just misplaced. 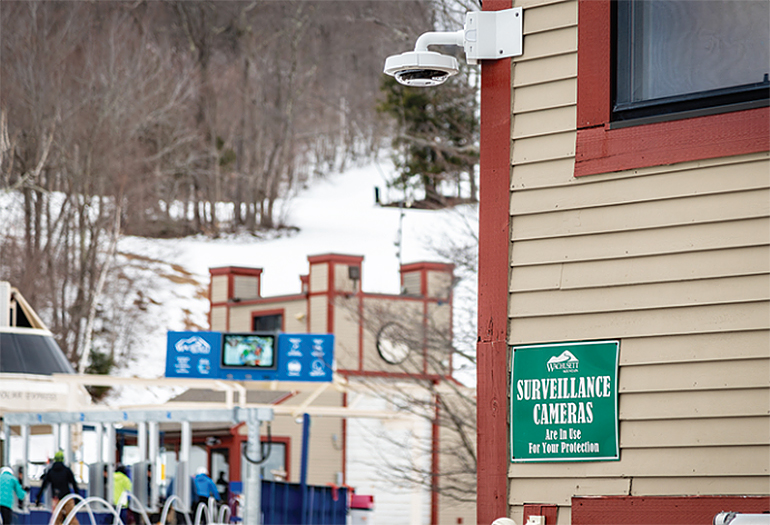 Surveillance at Wachusett was initially introduced to reduce theft, but has proven to be helpful for a variety of other purposes as well.

Speaking of misplaced, a guest once complained that her sunglasses had been stolen from the resort’s rental area. Security staff at Wachusett reviewed footage with the guest, showing her putting the glasses down on the counter while filling out her rental information.

“The following guest, who was trying to be helpful, moved the glasses to the shelf behind the computer,” says Stimpson. “Case solved, and she was happy and impressed, and doesn’t think Wachusett folks are thieves.”

Video also has been helpful in tracking down something else that occasionally goes missing at Wachusett—children. And cameras on the mountain’s NASTAR course also keep family and friends in the lodge watching the races (and patronizing the resort’s F&B outlets).