In response to the abrupt end to the 2019-20 season, and uncertainty about the economy and the 2020-21 season, skiers and riders held off on pass purchases this spring. 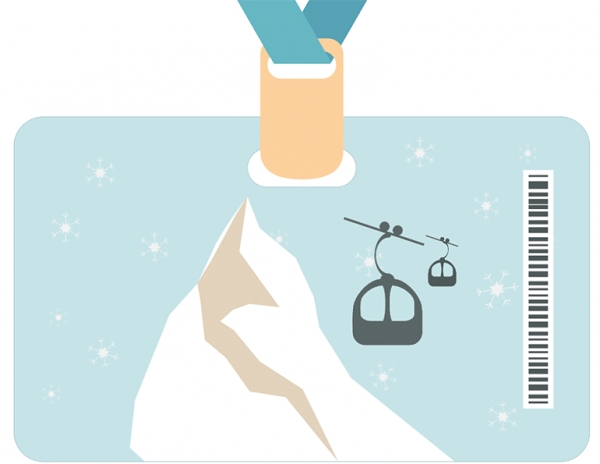 When COVID-19 cut short the 2019-20 ski season, it pulled the plug on end-of-season momentum for next year. Instead of capitalizing on spring skiing enthusiasm to sell next year’s season passes, ski resorts had to send visitors home to quarantine. Now, as the country and resorts begin to open back up, it’s clear just how damaging the lockdown was to early pass sales for next season——critical for resorts’ cash flow——at least as of late May.

Likewise, sales were about 50 to 60 percent down at Indianhead, Mich., said general manager Tim Moon: “We’re not selling many.” Resorts on an online SAM Huddle in May reported similar results.

Incentives and Protections
With season pass sales off so drastically, resorts have unveiled a variety of discounts, payment plans, extended deadlines, pass insurance, refunds, credits, and other incentives to lure skiers and riders back to the slopes.

Indianhead is contemplating an October sale as aggressive as the usual 30-percent-off March sale. “We have to watch markets and when people are willing to buy,” Moon said. “Right now, they’re just not willing.”

Waterville Valley extended its early season deadline by a month, to June 30, added a first-time payment plan with just $50 down, and instituted a no-questions-asked full refund by Oct. 1. It’s also offering a one-time deferment to the 2021-22 season. Skiers can try out their 2020-21 pass once, and if they don’t like the experience, can defer it to the 2021-22 season.

“None of us know how we will be required to operate,” Hesser said. “We’re confident we’ll be able to operate. But if people don’t like the parameters we have to follow, we want to give them the option after their first day, whether it’s in November or February, to defer to the next season. We feel it will help if people can experience it for themselves.”

Other Modifications
Other resorts have also modified their pass offerings.

Killington, Vt., extended its early bird deadline to July 15, and canceled monthly payments for subscription passholders any month the resort is not open due to COVID-19. It also offered 2020-21 passholders a full refund if they could not use their pass before Nov. 20, 2020, and will credit a proportional amount if they can no longer use their pass at some point during the season.

Jay Peak, Vt., extended its early pass deadline to June 8 and will issue refunds for any reason before Oct. 1.

Prior to the shutdown, Wachusett Mountain, Mass., had already sold nearly 1,000 passes for the 2020-21 season. In response to the crisis, the resort unveiled a new Monday-Thursday (excluding holi­days) daytime only, low-cost ($189) “steel” pass. It also offered to defer any pass product to the 2021-22 season prior to opening day, and prorate 2021-22 pass credit after that date. Customers can buy refund insurance on any pass product for an extra $25 at the time of purchase.

Multi-Resort Guarantees
The multi-resort mega passes also moved to address customers’ concerns about the shortened season and assure them about next season. Alterra Mountain Company doubled its Ikon renewal discount for the 2020-21 season to $200, and $100 for the Ikon Base Pass, to make up for the early closures. It also extended the early bird deadline twice (settling on June 17), and said customers can defer their 2020-21 pass to the 2021-22 winter season for any reason at no charge. This Adventure Assurance plan can be exercised through April 11, 2021.

Vail Resorts offered Epic 2019-20 season passholders credits toward next season of 20 percent up to 80 percent if they were not able to use their pass at all because of the early closures. It also extended the early bird deadline to Labor Day, and is offering pass refunds for qualifying personal events and resort closures for things like COVID-19.

The Indy Pass, which offers two ski days each at 52 independent resorts around the country, held the line on prices ($199), but lowered them for all season passholders of partner resorts ($129) as well as kids under 12 ($99). It’s also offering no-questions-asked pass protection that provides up to 80 percent credit for the following season. The pass goes on sale Sept. 1.

“I think there will be fewer people skiing this winter as a result of the economic impact of the virus and fear of infection,” said Indy Pass president Doug Fish. “I also think people will not travel as far to ski, which will benefit local, rubber tire resorts.”

“Usually, that’s just when we start to sell our pass for the rest of this season and next,” Egbert said. “We always get a great response because it’s such a great deal.”

Instead of selling passes, Monarch focused on its community, where the virus killed 15 in a local senior home. Like many other ski areas, Monarch donated food from its cafeterias to employees and local residents, and also collected masks and goggles for frontline workers. On May 12, general manager Randy Stroud sent a letter to the Monarch community stressing that the resort would do everything in its power to open.

“He didn’t say anything about passes, but after that letter we saw such an outpouring from the community,” Egbert said. “People loved the honesty.”

When Monarch did put passes on sale later that month, they were priced at $329 (down from last year’s $429). It also extended its payment plan to December, and for the first time is guaranteeing at least a 90-day season with prorated refunds for anything less than 90 days.

After the shutdown, Aspen/Snowmass, Colo., came out with a refund policy through Nov. 20, 2020, and added flexible credits that can be applied to next year’s pass or other products.

“In alignment with our values-based management philosophy, we announced that the credits could also be applied toward a COVID-19 Community Relief donation with a company match up to $250,000,” said Christian Knapp, chief marketing officer.

Bright Spots
Red Mountain, B.C., closed March 16 because of the virus. By the time its normal pass sale ended April 30, the resort had sold nearly 95 percent of the number it sold last year.

“We held the line on prices, which we were going to do anyway, and I self-financed our [interest free] payment plan,” said owner Howard Katkov. “We have a very loyal pass following.”

Loyalty also helped Magic Mountain, Vt., to its biggest day ever when it put passes on sale April 15.

“We took a very comprehensive approach,” said Geoff Hatheway, president. After closing in mid-March, Magic delayed its normal spring pass sale two weeks, until April 15. It cut prices by 10 percent, extended the early-purchase deadline until June 15, added a payment plan, and promised pass credit if the area could not open or had to shut down again.

The area also added frontline medical workers and fire and police officers to its special military pass and renamed it a “service” pass. The new service pass is just one of many specialty passes at Magic, including a couple’s pass, 18-29 pass, Vermonters with kids, Vermonters without kids, and a “whiteout” (holidays-only) pass.

“We had record sales the first couple of days,” Hatheway said in late May. “We’re already at 70 percent of our spring pass goal.”