The Biden Administration will act quickly to focus on the environment and bring greater predictability back to Washington. 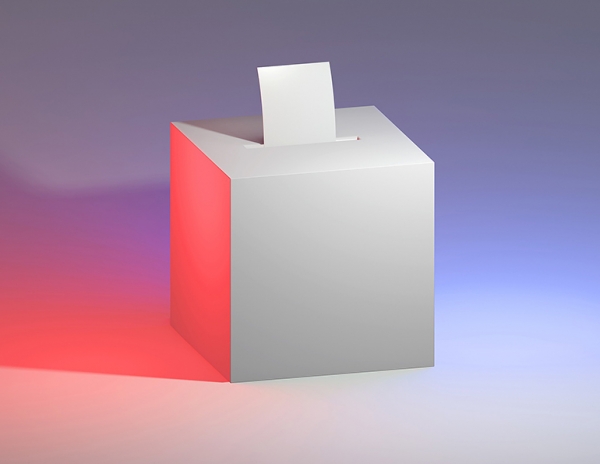 The state and national elections will remake the political landscape for resorts for the next two years at least. Overall, the results could be positive for resorts on a range of issues. Here’s a look at what to expect, regardless of who controls the Senate, which was undecided at press time.

The time of scrubbing federal government websites of “climate change” has ended. Joe Biden made addressing climate change one of the key pillars of his campaign for president. Even if Republicans retain a majority in the U.S. Senate, major legislation accelerating actions to suppress greenhouse gas emissions will likely advance, given the growing gravity of the crisis and a handful of Republican Senators who have shown they’re willing to buck Majority Leader Mitch McConnell.

“It’s really quite exciting,” said Crystal Mountain’s (Mich.) Jim MacInnes, a high-level student of how to modernize the U.S. electrical grid to allow deeper displacement of fossil fuels by renewable energy. “There are so many great things that can happen.”

Biden can do much with his executive powers. He can appoint personnel to head agencies that have an interest in advancing the energy transition instead of slowing it down. A useful indicator of his commitment was the fact that the transition team for each department, including transportation and agriculture, has a climate change expert.

Recommitting the United States to the Paris Agreement is a given. More important may be re-creation of the Clean Power Plan that was scuttled by the Trump Administration. A revised plan could be improved to avoid legal challenges. The goal would be to create a federal standard for utilities to decarbonize electrical generation.

Even using the purchasing power of the federal government can be an important agent for accelerating the shift to non-carbon energy systems.

Grid modernization will get needed attention. Electricity produced by intermittent renewables must be moved around the country more efficiently as utilities seek to shed fossil fuel generation. MacInnes said Biden understands the need for improved transmission. “The secret sauce is the grid,” he said. By moving electrons around to take advantage of geographic and time diversity, deeper penetration of renewables can occur and fossil fuel plants can be retired more rapidly.

Geraldine Link, director of public policy for the National Ski Areas Association, said if Republicans hold onto the Senate after the January elections in Georgia, Biden’s climate agenda may be approved in discrete legislation instead of a sweeping package. Still, there’s been a distinct shift in just the last two years that she and others from the outdoor industries have detected when lobbying Republicans on Capitol Hill. Climate change is being taken more seriously. The 2020 wildfires in the West and the mounting threat of hurricanes in the Southeast can only have sharpened the acceptance of need to take action.

Republican moderates may have outsized influence. Think of Mitt Romney, Lisa Murkowski, and Susan Collins. “They are going to have more power and influence because of the razor thin margin in the Senate,” said Link. “I see those voices becoming louder, and I think they are willing to speak to compromise.”

The temperament of establishment Republicans was revealed in a quote by Sen. John Barrasso of Wyoming, who was expected to chair the Senate Energy Committee. “There are ways we can protect our environment without punishing our economy,” he told the New York Times in November. “Free market innovation, as opposed to government taxation or heavy-handed regulations, is the best way to deal with climate change.”

This suggests that carbon pricing, even if the tax is returned to the public in the form of a so-called “dividend,” remains a long shot. The one exception is a carbon tax applied to imports. Applying rates to level the playing field with China could draw support from conservatives.

The common ground might instead be things like incentives to fill in the gaps of charging infrastructure for electric vehicles, hence accelerating the demand.

Brian Fairbank, chairman of The Fairbank Group, said that reducing carbon will be necessary to “make it easier for our grandkids to live on this planet.” Even so, he hopes Democrats will move cautiously. He wants to see fossil fuels eased out of the picture, not flung.

Aspen senior VP of sustainability Auden Schendler sees the ingredients for strong action on climate change because of the need and bipartisan support for stimulus. “It makes sense to spend that money on clean energy infrastructure, because the right knows the fossil fuel system is going away and the jobs are in clean tech and infrastructure,” he said.

A coalition of Democrats and some Republicans could move the needle on energy and climate change significantly.

Winter resorts can expect both favorable and challenging changes on public lands from the Biden team. NSAA, along with other organizations, is working with the new administration to make recreation the top priority of the Forest Service (FS). Wildfire mitigation will ramp up.

On the downside, the recent streamlining of NEPA requirements, as part of the NEPA efficiency initiative, may be partly rescinded, and that could lengthen the approval process. Even so, it’s likely that some, perhaps most, of the streamlining will remain intact.

“Overall, the change in administrations will be a positive for the industry,” said NSAA public policy director Geraldine Link. “The new administration will make climate change a priority across all departments, and bring greater consistency and predictability.”

Forest Service benefits. Link foresees several key changes in the FS. “We’ll see a staffing shift right away,” she said. “The overall budget for the year is already baked in, but we’ll see a huge shift in where the money goes.” Biden’s team will move resources to wildfire control and recreation and away from logging and timber cutting (except as it relates to forest management).

The Department of Agriculture, home of the FS, will prioritize climate action, in tandem with rural economic development. That should be positive for resorts in rural areas.

Wildfire mitigation will be a high priority, with action coming quickly. “What causes fires?” Link asked. “It’s all about forest management and climate change. We’ll see better restoration and coordination and having a strategy for both.”

More funding for wildfire control can be beneficial to resorts—16 were threatened by wildfires in 2020, and at least two were damaged. “We’re saying, ‘Focus efforts in and around ski areas.’ Our resorts are a community and financial resource. It’s critical for the government to help protect the economic engine,” Link said.

Protection is sorely needed, said NSAA risk and regulatory affairs director Dave Byrd. “Insurance premiums on property in the national forest are tripling and quadrupling. We have to do something for the national forests,” he noted.

Fire mitigation will require appropriations, which should be forthcoming—even conservative states need assistance, making this a bi-partisan issue. Byrd said that state ski associations in the West can help by lobbying their representatives.

NEPA regulations. The Forest Service’s NEPA efficiency drive could remain largely intact. The initiative streamlines the project approval process by, for example, providing categorical exclusions for projects—such as lift replacements—that have previously endured the NEPA process. The plan also allows for “determination of NEPA adequacy” for some projects by relying on previous analyses.

Great American Outdoor Act. The Act was a significant achievement in the last Congress. For the first time in nearly 60 years, it fully funds the Land and Water Conservation Fund (LWCF) at a level of $900 million every year, and addresses the approximately $20 billion maintenance backlog on federal public lands.

“Again, we hope to get funding spent around ski areas,” Link said, for things like road improvements and parking lots, which will be beneficial year round to help handle skyrocketing use of public lands for recreation.

The funding could be substantial. In 2017, resort lease fees totaled $37 million, and a similar amount in 2019. In the just-expired Congress, the fee retention bill sought to keep up to $24 million of those fees in the FS coffers to promote year-round recreation activities, infrastructure improvements and expanded services for visitors. That bill could get new support in the next Congress.

On the employment front, the Biden Administration will act quickly to make both permanent and temporary work visas more accessible to employers. However, the Biden team will also energize OSHA, and pursue pro-worker policies. Both of these steps will require increased attention from resorts.

International workers return. In positive news, J-1 and H-2B visas can be expected to return at the levels seen during the Obama years—or higher. Biden has stated that he wants to make both permanent and temporary work visas more accessible to employers.

NSAA’s Dave Byrd cautioned that Covid-19 could delay international workers’ return. Aside from travel bans, “many embassies in South America are closed, so we can’t get any recruits,” Byrd said. “We don’t know yet if international workers want to come, or will be allowed to come.”

Assuming that they return in some number, Byrd noted that for workers on H-2B visas, it’s a good idea to “bring them in during the summer. It’s easy to then do an in-country transfer for the winter season.” If that’s not possible, he suggested resorts partner with summer businesses that also rely on H-2B workers and arrange in-country transfers.

OSHA: Expect increased OSHA enforcement activity under the Biden Administration. Resorts may be a point of focus for workplace safety, Byrd said, since injury rates in the industry are relatively high compared to other industries. “Smaller areas are going to need lots of education” regarding OSHA and its requirements for workers, Byrd said.

Covid standards for the workplace are likely to be among OSHA’s first actions, and will follow CDC guidance. Most resorts in the U.S. have already adopted that guidance, Byrd said, but a national plan would replace the current state-by-state approach. “Cal/OSHA [California’s OSHA agency] has a comprehensive Covid plan that could become the model for a federal plan,” he added.

Minimum wage. Biden expressed support for a $15 federal minimum wage during the campaign, and will likely pursue an increase in the minimum wage early in his Administration. Raising the minimum wage has broad support at the state level. How high it might go at the national level is anyone’s guess.

In the meantime, 29 states have already set the minimum wage well above the $7.25-per-hour federal rate, and that trend is continuing. In November, voters in Florida approved a gradual rise to $15 over the next several years. “Voters everywhere are in favor of raising the minimum wage,” Byrd said.