Staffing Up in a Pandemic

With unemployment higher than it has been in years, locals and college breakers are showing up to staff the front lines. 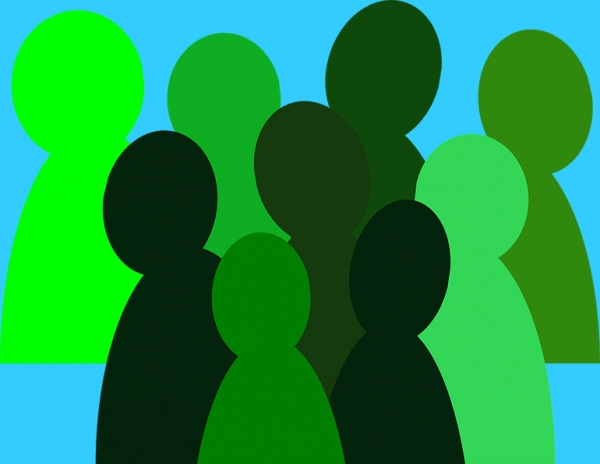 Surprisingly—or maybe not, considering the nation’s high unemployment rate—staffing up for this pandemic season has not been as difficult as some ski resorts feared.

“We were surprised when we launched our online application to see well over 200 applicants—a record for us,” said Kathleen Goyette, director of marketing and PR at White Pass, Wash. “People are still contacting us, looking for positions, checking back for turnover. It’s really encouraging.”

Talia Freeman, marketing director at Beech Mountain., N.C., planned to host a job fair, but got so many inquiries from one help wanted ad, she canceled the fair.

Big Sky, Mont., received a “ton of applications,” and is fully staffed for the winter, said Stacie Mesuda, PR manager. The same was true at Alta, Utah.

Staffing as Usual, But Different
Although many resorts reported losing some returning employees because of the pandemic and infection fears, as well as many international workers due to delays in the J-1 visa program, staffing went smoothly, with a few exceptions.

“We started hiring about a month and a half earlier than we typically do,” said Sammie Lukaskiewicz, PR director at Crystal Mountain, Mich. “We thought it would be more difficult to get people here with the pandemic. But we’re staffing like usual. Finding bodies has not been hard.”

Exceptions to the rule. Among the few exceptions, she said, were housekeepers and servers. Other resorts encountered similar spot shortages. Housekeepers were in short supply nearly everywhere.

Cooks were the biggest need at Wachusett, Mass., and Whitefish, Mont. “We need 20 cooks, but we have only about 7 or 8 so far this season,” said Maren McKay, PR manager at Whitefish. “Usually we don’t have any hiring issues, and we are able to keep our cook staff. But our eatery areas seem to be seeing the biggest impact from the pandemic.”

Inside jobs do seem to be the hardest to fill at many resorts, likely because of infection fears. Annemarie Todd, VP of human resources at Sugarbush, Vt., thought food and beverage would be easy hires, because so many local restaurants have cut staff or shut down. Not so, though.

“We thought it would not be difficult to recruit for those positions. But we’re struggling to find cooks, back of the house, and guest-facing staff,” Todd said.

Outdoor positions, however, were booming nationwide. “It’s been a great season for snowmakers, usually a hard position to fill,” said Todd.

Passes become a perk again. The season pass perk for workers helped many resorts on the recruiting front this season. When Wachusett cut off pass sales early to reduce capacity, employee applications picked up. “The only way to get a pass was to work here,” said Tom Meyers, marketing director. “It helped on recruiting.”

College Kids Filling In, Checking Out
The Covid-altered academic calendar at many colleges and universities this winter, with many schools breaking from Thanksgiving until February, has both helped and hurt ski resort staffing.

On the upside, “We had an uptick in college students applying for work,” Todd said. “They took a semester off, and will go back to school in the spring. Snowmaking fits nicely with that schedule.”

College kids trading a gap year for a ski bum year helped Alta fill all of its positions. “We had a lot of applicants,” said Andrea Huskinson, Alta communications manager. “A lot of kids who live out here ski bum for a year. We’re fully staffed. In fact, I think we may need to reduce numbers a little bit.”

On the downside, full-time students who often fill in over the busy holidays may not be around this year because of the extended semester break.

“It’s kind of a double-edged sword,” Freeman said. “They’re out of school from Thanksgiving to the end of January. They’re here over Christmas and longer, but they need housing now.”

That’s not a problem at Big Sky, with all of its onsite workforce housing. College students taking a gap year and the resort’s plentiful housing are two big reasons the resort is fully staffed, Mesuda said.

International drought. The influx of collegians has offset the drop in international workers, who have largely fallen victim to the pandemic’s travel restrictions and delays in the J-1 student visa program. Allison Gilman, HR manager at Waterville Valley, N.H., said the earliest the students could arrive would be end of January. The obstacles have led many resorts to abandon or cut back their reliance on those workers.

“We usually have about 40 J-1 students, but this year will have only about 20,” said Gilman.

“I think a lot of other resorts are not participating because of the time constraints,” she said. “We’re going ahead because we see the value of continuing the program and want to ensure its success down the road.”

New Positions
One new, pandemic-related position many resorts need to fill this winter is the lodge bouncer, who will monitor how many utilize indoor facilities and how long they stay.

Social distancing enforcers. “Because of Covid, we are adding people to our security department, who will do things like count people when they enter or leave a lodge, allow others in, socially distance people, ask people to move on,” Todd said. “It’s challenging to create. We didn’t plan for the position, which is a difficult and stressful one.”

Ski Sunlight, Colo., plans to use volunteer mountain hosts, who work 40 hours in exchange for a pass, to monitor and turn over guests at indoor facilities, said marketing director Troy Hawks. The resort will at least triple the number of hosts, and create a new mountain host dispatcher position.

“We’re going to need to be more organized than ever with these hosts, telling them where to go, what to do,” he noted.

Hawks added that respect may be another issue for these lodge hosts. “I’ve heard of some resorts putting ski patrol jackets on them, with the idea that they will command more respect than a friendly mountain host,” he said.

Cleaning and sanitation. In addition to hiring more people to monitor indoor facilities, many resorts are also hiring more sanitation and cleaning staff.

Health Focus for Staff
“Keeping our team healthy is job number one,” said Dave Tragethon, VP, marketing and sales at Mt. Hood Meadows, Ore. “Everybody is on board with that, including our guests. They know that without our team we don’t have an operation.”

Mitigation measures. As a result, every ski resort we spoke to, large or small, is requiring employees to undergo daily temperature checks and screenings, wear face coverings at all times, and sign pledges that they will abide by all state-required guidelines. Crystal sponsored a flu-shot clinic for staff, and Big Sky will do random surveillance and symptomatic PCR Covid tests. Many resorts are staggering shifts and having employees work in pods to cut down on exposure. Supervisory and department meetings will be held outdoors on snow. Employees who wear uniforms must wear them to work so they don’t need to change onsite.

Resorts with worker housing are reducing density, requiring Covid tests before employees move in, cleaning common areas more often, and encouraging workers to clean and sanitize their rooms. Sugarbush has set aside isolation rooms for those who need to quarantine.

Staying Flexible
Although many resorts reported record demand and interest, as well as pass sales, uncertainty about the pandemic and its impact on resorts, not to mention weather uncertainty, have impacted staffing. “There’s so much uncertainty,” said Hawks, “not only about Covid, but also lackluster early snow conditions.”

“Uncertainty is our biggest hurdle,” agreed Todd. “We are ready to pivot every day. It’s really keeping us on our toes.”

“This season, we all have to be patient,” Tragethon said. “We all have to know the plan and be prepared to follow the plan. We have to be kind to each other and grateful that we can recreate in a place as beautiful as our mountains are, and appreciate the gift that they are.”