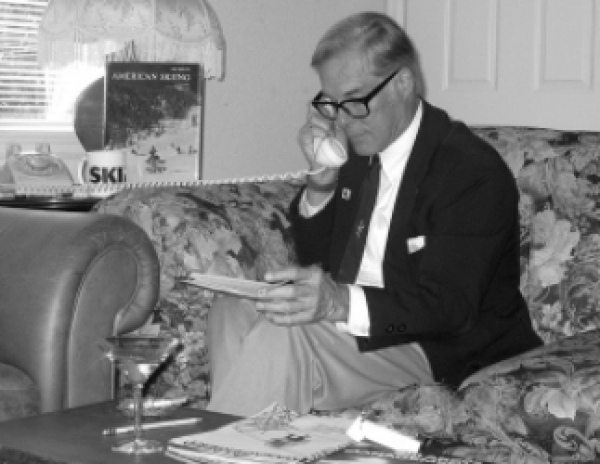 From the beginning of his career and continuing through today, Rick Kahl has had a tremendous positive impact on the ski and snowsports industry. He has played a major role in inspiring more people to visit mountain resorts, and has helped mountain resorts serve those people better. It’s a remarkable career path that few, if any, have navigated so successfully. But he doesn’t seek the spotlight or self promote, so you may not know of  all his contributions…so read on.

After graduating from Dartmouth College, Rick worked at Stratton Mountain, Vt., and taught at Stratton Mountain School. He helped develop the first issues of Stratton Magazine, a publication still in print today. Rick then moved to NYC and began working in the editorial office of SKI and Skiing magazines. He worked his way up the ranks, eventually becoming editor-in-chief of Skiing in 1990 and remained in that role for the next 12 years.

In 2002, Rick joined SAM magazine, going from a consumer-facing publication to an industry-facing one—a transition he made seamlessly. Having the guidance of another legend in David Rowan for the first few years only strengthened Rick’s ability to inform, inspire, and advance the North American mountain resort industry through SAM’s editorial content.

During his almost 20 years at SAM, Rick has been identifying trends, issues, challenges, and opportunities—and disseminating them in the pages of SAM.

Rick was also the driving force in launching SAM’s sister magazine Adventure Park Insider, which has served the burgeoning aerial adventure industry since its debut in 2015.

Rick is a sage, a quiet influencer, and he is the first to defer credit to others. His keen understanding of what really matters to an audience is a hallmark of his success. His disciplined eye for quality and accuracy has benefitted those who consume the content he watches over, as well as those of us who have been fortunate to work with and learn from him. Rick’s written contributions to everything SAM produces are far beyond his occasional byline—a microcosm of his legendary career’s influence and impact.

He has worked alongside several of the great journalists in our industry including David Rowan, John Henry Auran, John Fry, Henry Kaiser, and many more. Current journalists will name Rick as a great editor they had the privilege of working with. The SAM team will proudly tout the same.

Rick Kahl leaves enormous shoes to fill and we will miss him greatly. “Thank you” doesn’t nearly express the gratitude we have for him. 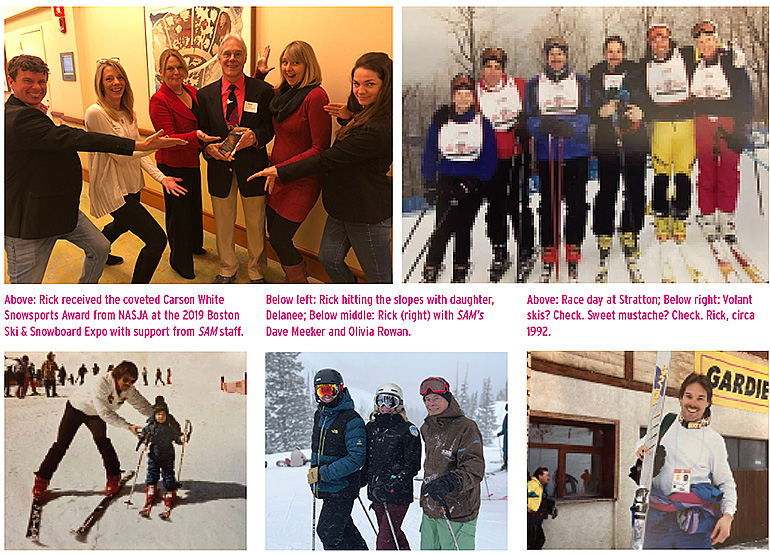 To Rick, from friends and admirers:

As a passionate skier, mountain enthusiast and journalist, Rick approaches his craft with a true love and caring for the sport, yet never lets that get in the way of following the facts, seeking the truth, and pushing some buttons along the way. His pedigree in ski journalism is almost unmatched, as he wrote for and oversaw some of the most influential ski and mountain publications in his stellar career.”
—Blaise Carrig

“ After Rick left Skiing and I left American Ski Company (ASC), so began a new relationship—with me as a SAM contributor, and Rick as my editor. It was always a matter of pride when Rick only cut for length. Which with me, he usually did—invariably at the expense of all of the best and most colorful writing. I won’t miss that part. I will, however, miss everything else. Thanks, Your Editorship… may many years of fun, action, and cool stuff reward you for all that you’ve done for these preposterous, wonderful sports and industries.”
—Skip King

“ It’s not hyperbole to say that working in the ski writing biz with Rick is on the same level as getting carving lessons from Tommy Moe. Rick is a master of the word. It isn’t just that he knows so much—he cares so much, too. I’m better in every way from calling him both Boss and Friend.”
—Moira McCarthy

“ To Rick Kahl. You were always insightful, smart, and most of all you challenged our thinking. Call-it-like-it-is-Kahl. You forced us to evaluate and be better. Thank you for your contributions and a long successful career in the ski industry. We will miss you.”
—Rob Linde

“ I mistakenly thought that no one could replace David Rowan and John Fry as the conscience of the ski industry. Rick has taken this task to a new level. Most importantly, he mostly listened. Never putting his own slant on difficult issues, but instead searched out both sides and reported a fair and balanced discussion. He, like David or John, will be hard to replace.”
—Tim Kohl

“ I have known Rick for a very long time, going back to his days working at Stratton. Out of his many qualities—honesty, knowledge, hard working, engaging, etc.—the one that, to me, defines Rick best, is: Integrity! Rick exhibits this special attribute in everything he does: In his journalism, dealings with people, friendship, research, mentoring, and in his humility.”
—Bernie Weichsel

“ Throughout his career, Rick has been a man of integrity, honest, and genuine talent. This industry has greatly benefitted from his dedication and enthusiasm. Thanks for all that you have done, my friend!”
—Mary Jo Tarallo

“When I first met Rick Kahl, (a long time ago!) what I remember most was my first impression: “What a nice human being!” Years later, I can tell you that I was right! Now that he is retiring, I hope to get to spend more time skiing and golfing with him. Cheers, Rick. I hope you get to enjoy many years of doing what you want to do, when you want to do it!”
—Brent Tragaskis