The dramatic proceedings at Gunstock Mountain Resort in July highlight the potential pitfalls of public oversight in ski area operations. 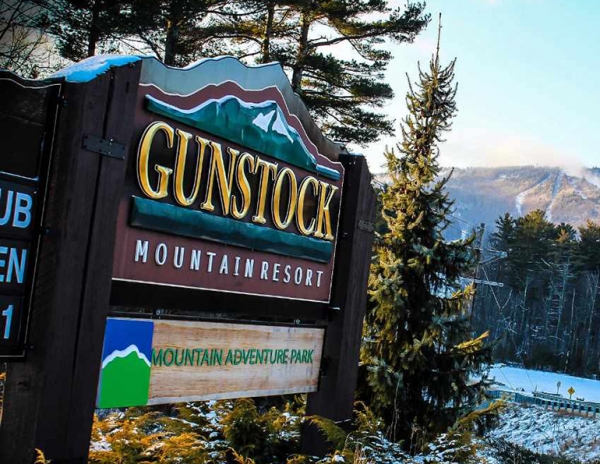 Governance nightmares don’t get much worse than what went down at New Hampshire’s Gunstock Mountain in July: Gadfly politicians making a power play to inject themselves into operations, dark threats of damaging audits, the mass resignation of the resort’s leadership team, and finally, the shutdown of the suddenly rudderless resort itself—right in the middle of the busy summer season.

Fortunately, within a few days, troublesome members of the county-owned resort’s managing board, the Gunstock Area Commission, were ousted, resort leaders were reinstated, and the resort reopened. The Gunstock ship is righted, for now. But the midsummer drama on Lake Winnipesaukee highlights the unique challenges faced by ski areas that operate on public lands and those that are subject to oversight by agencies, boards, and commissions.

The growth of Vail Resorts, Alterra Mountain Co., Powdr, and Boyne Resorts, for example, may deceive casual observers into thinking that private, for-profit companies are the sole ownership model in the ski industry, but there are dozens of ski areas owned and operated by states, counties, and cities across the country.

Private operators, public land. In addition, there are 122 resorts located in National Forests, and numerous ski areas on leased land from states, counties, or cities. Those include some of the biggest names in the ski business: Alterra’s Winter Park, for example, is leased from the city and county of Denver. In Vermont, Vail Resorts’ Okemo and Stowe areas and Powdr’s Killington include land leased from the state of Vermont, which has a reputation for being a stickler when it comes to environmental regulation.

While operators on public land are not necessarily subject to third-party oversight in their daily operations or business decisions, they are answerable to the terms of their special use permits or lease and operating agreements. For example, in Vermont, the state leases prohibit the development of residential units within the lease area, require approval for all planned improvements on state land, and mandate that operators continue to provide public access.

As the Gunstock drama illustrates, the relationship between the people who run the resort on a day-to-day basis and those charged with representing the public’s interest can sometimes be fraught.

The Battle of Gunstock

The Gunstock Area Commission (GAC), a five-member board appointed by the Belknap County Delegation—which consists of 18 New Hampshire state representatives—has been responsible for managing Gunstock Mountain since 1959. By and large, the years passed uneventfully.

Gunstock president and general manager Tom Day had no reason to think that would change when he took the reins at the resort in 2020, especially when his relatively short tenure paralleled a jump in revenues from $12 million in 2020 to $18 million in 2022.

A cautionary tale. The problems with the GAC began with infighting in late 2021 and escalated in early 2022 with a leadership change that empowered a pair of libertarian-oriented politicians on the commission. Skeptical questioning from the commissioners quickly escalated into attempts to contact Gunstock employees individually about the resort’s finances and other issues.

GAC meetings turned from collegial to confrontational in a way that Day said he had never before experienced in more than 30 years in the ski business, culminating in a public session where commissioners sought to demonstrate their dominance over the resort’s leadership team by demoting them from seats on the podium to chairs in the audience.

“This could become a national issue in the ski industry because there are other ski areas on state land or city land or town land with commissions, and you can have people with a political agenda who can get on the board,” said Day.

The power play by Day and the other senior managers at Gunstock, who one by one tendered their resignation at the penultimate public meeting, ultimately proved an effective counterpoint to the GAC’s attempted takeover of resort operations. Also crucial was the support of the local community: More than 250 people turned out at a subsequent public meeting to condemn the commission’s actions and demand that the two rabble-rousing members resign. “I did nothing to elicit this response,” said Day. “People came to the meetings and were horrified by what they heard and saw.”

Gunstock isn’t the only ski area in New Hampshire that has to answer to public officials. State-owned Cannon Mountain is part of the Department of Natural & Cultural Resources (DNCR)—Cannon general manager John DeVivo reports to the department’s commissioner, and the ski area’s employees are state workers.

“Nobody is directly involved in our day-to-day operations,” said DeVivo, although ski area administrators do need to seek and obtain several layers of approval—including the governor’s office and the New Hampshire Executive Council—for major capital expenditures.

Among other sources of capital, the Cannon Mountain Advisory Commission is charged with recommending capital improvements to the ski area, as proposed by DeVivo and his team, to the DNCR, using funds from the Cannon Mountain Capital Improvement Fund, which is funded by lease payments from Vail Resorts for its operation of state-owned Mount Sunapee.

Slowly but smoothly. “I think we’ve done a good job with the money awarded to us—we have established and maintained a solid level of trust down in Concord [the state capital],” said DeVivo, who added that he keeps in “constant contact” with the advisory commission, the commissioner, and the governor’s office. “While things move very slowly, they also move very smoothly,” he said.

“There is a political aspect to everything we do,” DeVivo acknowledged, but with the exception of his bosses within the state agency, “the only person who can tell us what to do is the governor.”

Nonetheless, DeVivo said Cannon officials make a point of keeping elected officials in the state legislature in the loop about needs and investments being made on the mountain.

“We want to be as transparent as possible,” he said, and drive home the message: “If you want us to run a high-quality operation, we need to budget for it.”

Jeff May, manager of the Three Rivers Park District in the suburbs of Minneapolis/St. Paul, Minn., is not only responsible for the operation of the Hyland Hills Ski Area but also a variety of golf courses, parks, campgrounds, archery ranges, and boating areas.

“Fortunately, our board is super supportive of all our areas,” said May. “We have really successful operations and are able to reinvest back into them.”

The park district was established in the 1950s and has consistently run in the black, which certainly doesn’t hurt the relationship between May’s team and the district’s board, comprised of five elected and two appointed members.

Meetings “can be a 15-minute process or a much longer one if there are questions or concerns,” said May. But the mood is generally supportive, he said. “I think the people who run for a park district board believe in parks and trails. They are users, and they want it to be successful … We could never ask for more support than what we’ve gotten.”

Clearly defined roles. Ann Glumac, interim executive director at Duluth-owned Spirit Mountain in Minnesota, said clear definitions of the roles and responsibilities of the city, the seven-member volunteer board of directors, and the executive director have mostly helped the ski area avoid conflicts like the one experienced by Gunstock.

“The enabling legislation says the board is responsible for operations, but goes on to say that that the operation should have a general manager,” said Glumac. “Over our 40-year history, that has been well-established. The power is conferred to the executive director. If the board is unhappy with what I’m doing, they can find another executive director. I really have great board members, but I don’t want them to run operations.”

Also critical is for the board members to view their jobs as a public service, Glumac said, noting that the entire Spirit Mountain board is comprised of volunteers drawn from the local citizenry of Duluth, not politicians or bureaucrats.

“The folks who are serving on the board have no agenda other than to support the resort,” she said.

“The board can become a rubber stamp, or they might try to take control themselves. When you are an executive director who has a board, ensuring that you keep your board informed and support them in their role is really important,” said Glumac.

While the pandemic proved to be a boon for many ski areas and outdoor attractions in 2021 and 2022, ORDA reported a cumulative operating loss of around $30 million each year, according to its financial report. However, state lawmakers have committed a total of nearly $180 million in capital funds over the last two years, investing heavily in major improvements at all three ski areas.

Vail Resorts may be the industry’s current heavyweight, but it, too, faces the occasional ire of public officials for its operations on public lands. The company has been operating New Hampshire’s state-owned Mount Sunapee under a 20-year lease signed in 2018, which is subject to oversight by a state advisory committee.

Thus, when Sunapee struggled with overcrowding during the height of the pandemic, Vail Resorts fielded complaints not only from customers, but from state taxpayers and New Hampshire Gov. Chris Sununu, who chided the company for “creating a very poor customer experience.” A taxpayer petition to the state’s commissioner of the DNCR claimed that “Vail Resorts has failed in their duty to be good stewards of a New Hampshire natural resource.”

A group of disgruntled locals took things a step further in Park City, Utah, this summer when they appealed an administrative conditional-use permit granted by the Park City Planning Commission that would have allowed for upgrades to two lifts at Vail-owned Park City Resort.

Although the land is privately owned, the upgrades were subject to a decades-old development agreement between the city and the resort. The lift installations were initially greenlit, but the planning commission was persuaded by the locals’ argument that the project needed more comprehensive review because it increased capacity without provisioning for better parking. The ongoing legal battle—Vail Resorts has appealed the decision preventing the upgrades—highlights the potential minefield of pursuing necessary public permissions.

Moving in the direction of board governance, the Pottawattamie County Board of Supervisors in Council Bluffs, Iowa, recently purchased the previously family-run Mt. Crescent Ski Area, assuring both residents and the sellers that the resort would continue to operate rather than falling into the hands of developers.

One option being considered for the future of Mt. Crescent is to convert the operation to a nonprofit organization—a model that has proven successful in the ski industry for decades, particularly among smaller, community-supported resorts. Nonprofits are required under federal law to have a governing board of directors.

Somewhat more exotic is the governance structure at Vermont’s Mad River Glen, a co-op owned by a group of shareholders—many of them loyal skiers—who pay $2,000 to buy into the resort. The ski area is operated by a general manager, Matt Lillard, and his staff; Lillard was hired by the co-op’s nine-member Board of Trustees—elected by the shareholders—who meet roughly 10 times per year, plus at an annual shareholders’ meeting.

The co-op and nonprofit models are perhaps more insulated from the kinds of shenanigans that have bedeviled Gunstock this year, but Day said ski areas—and the communities that support them—need to remain vigilant about politics blurring the lines between oversight and interference in operations, particularly in the current, politically charged environment.

“You need to be careful and see who the representatives are who are making decisions on the board, and that they have the best interests of the ski area at heart and not a political agenda,” said Day. Otherwise, “They can do a lot of damage in a short amount of time.”